One of the first actions of the PN government after its appointment by the then new Agong, the Sultan of Pahang, was to intervene in a court case launched in London against the Abu Dhabi sovereign wealth fund IPIC over its fraudulent role during the looting of 1MDB culminated in the punishing $5.78 billion ‘consent award’ reached with Najib Razak through a secret arbitration process in 2017 to bail out the fund and keep quiet.

The previous PH government had appealed to the UK court to open up the arbitration on the basis that it was part and parcel of a fraud against the Malaysian public conducted by Najib and the partners in Abu Dhabi who had first creamed off half a billion in backhanders and then profited mightily from the secret cover up settlement.

After all, the Chairman of IPIC, Sheikh Mansour, had himself utilised $160 million from the stolen 1MDB cash to pay off the loan on his super yacht Topaz, according to DOJ filings last year on the case.

The London high court had agreed that the arbitration settlement should be brought out of the shadows into open court. That judgement had been upheld in the Appeal Court and Abu Dhabi was in the middle of a last ditch attempt to prevent the dirty linen coming out in public with a final appeal to the Supreme Court to reverse those decisions when PN seized power.

The almost immediate agreement to then suspend the legal proceedings and enter private negotiations once more is regarded as being largely thanks to the good relationship between the new Agong and his ex-Sandhust buddy Crown Prince Mohammed (MBZ), the elder brother of Mansour.

The Agong’s newly appointed prime minister (Mahiaddin Yassin) despatched his own private lawyer Rosli Dahlan to Abu Dhabi to fix a settlement that would presumably have at the very least reversed the obligation reached by Najib to force Malaysia to fork out $5.78 billion. Preferably the settlement would have also involved a payment from Abu Dhabi in recompense for its role in defrauding 1MDB.

Indeed, in early March Rosli Dahlan was implying to international news journalists that Mahiaddin was about to announce a $1 billion settlement in favour of Malaysia that would have involved Abu Dhabi also dropping its own vast consent award, presumably in order to avoid IPIC’s conduct being discussed in open court.

However, despite the grand expectations that the royal diplomacy and chummy connections would deliver this welcome windfall, nothing has in fact emerged. It appears Abu Dhabi has stalled now the heat is off, thanks to Malaysia being so hasty in agreeing to suspend the London case.

Elsewhere in London on the other hand, it has just been announced that another highly sensitive case involving the same royal actors in Abu Dhabi has ended differently, with Sheikh Mansour agreeing to drop a toxic law suit against the former managers of his half-brother the President, Sheikh Khalifa’s private property empire.

Sarawak Report has covered the case owing to its links with Malaysia’s own concerns over the conduct of the present rulers of Abu Dhabi. The property company Lancer was being sued by Sheikh Mansour, who emerged in the course of the court case as having taken control of the President’s multi-million pound private property concerns thanks to a power of attorney signed by his brother MBZ.

President Khalifa remains in nominal control as head of state in Abu Dhabi.  However, evidence brought before the court by the defendants alleged that owing to a stroke in 2014 the President has been rendered unable to govern ever since.

The extent of the incapacity of Sheikh Khalifa has allegedly been covered up, the defendants said, hence the effective control of the country exercised by the Crown Prince and his brother who had therefore been behind the decision to sue Lancer for alleged historical backhanders and misappropriations to Abu Dhabi intermediaries linked to Khalifa himself.

The Abu Dhabi litigants have called the allegations “scurrilous” and had denied in court that Sheikh Khalifa is in any way incapacitated. They won an appeal against an earlier court ruling that had required that evidence should be brought to confirm the President’s state of health in order to determine whether it he remains the decision maker behind the property companies which brought the case.

However, records show that by the end of last week Lancer had further appealed against that negative ruling raising the possibility that details of Khalifa’s health might indeed be tested in court – a prospect the Abu Dhabi’s lawyers had called “embarrassing”.

And there was another unfortunate setback involving an apparent mis-step by Abu Dhabi side’s solicitors, Eversheds. It had emerged that Eversheds had in an earlier settlement acknowledged and agreed on behalf of Sheikh Khalifa (during 2012 prior to his stroke) to the arrangement with Lancer involving the very payments they were now litigating against.

The lawyers responded by arguing that these settlements were not reached in court and were therefore ‘legally privileged’ and should not be taken into account or introduced as evidence in the case.

However, another appeal ruling threw out their argument in no uncertain fashion with a unanimous ruling by the judges that it was not acceptable to hide such damning evidence that the litigants lawyers had known about all along, namely that the litigants had accepted for many years the very arrangements they were now suing Lancer over.

What’s more, the appeal court judges said, Eversheds were relying on the same privileged information to back up points in their own argument and only wanted to silence the matter when it came to separate points in the settlement that undermined their position entirely.

Today, a press release has revealed that the parties have therefore settled. No apologies or penalties were published as having been imposed on the defendants, signifying a complete withdrawal on the part of Abu Dhabi in the face of such a devastating reversal in the  courts.

“The Parties can announce that their ongoing court disputes have now been resolved amicably through private negotiation. All the claims by the owners of the London property portfolio [Abu Dhabi] against Lancer and its directors, the counterclaims by Lancer .. have been withdrawn as part of the resolution” [joint press release through Eversheds (Abu Dhabi) and RPC (Lancer)]

In short, a victory for Lancer and a humiliating climb down for the Abu Dhabi royals over a case they plainly ought never to have brought and which in the process opened up a can of worms involving kickbacks, palace intrigues and the astonishing apparent state of health of the Emirates’ recently re-elected President.

Malaysia, on the other hand, having abandoned its own court case appears lost without leverage over the princes of Abu Dhabi. The much vaunted ‘special relationship’ with the Agong has after over a year failed to deliver a single cent of 1MDB’s missing money. 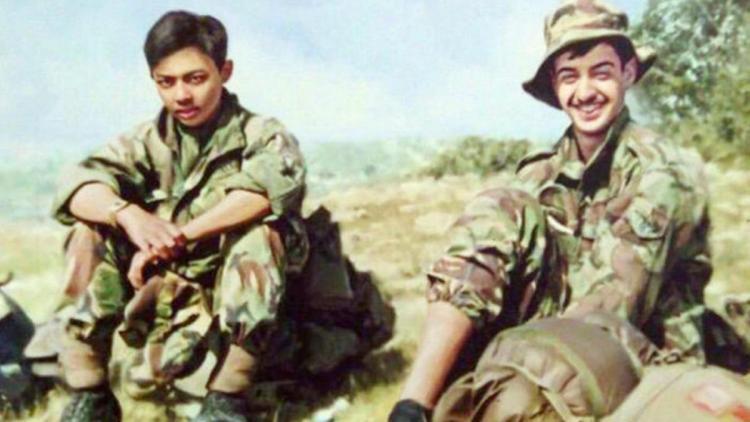 So much for the Sandhurst connection between the two rulers, which has so far reportedly only produced 2,000 Sinopharm vaccinations donated by Abu Dhabi to the Agong for his own use and that of his royal friends.