Jaws have dropped in both Sarawak and wider Malaysia with the news that the stunningly wealthy elder son of Governor Taib Mahmud has been forced to step down from the Board of his own family company Cahya Mata Sarawak (CMSB) owing to allegations of ‘conflict of interest’ supposedly supplied by a ‘whistleblower’. 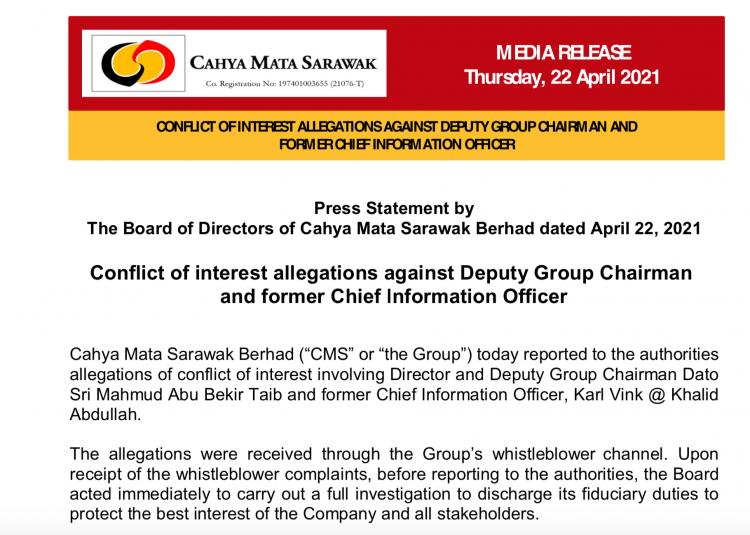 No one is of course gasping at the allegations of conflict of interest. After all, the company itself is a vast manifestation of conflict of interest in that it was formed out of assets muscled out of state control in the first place by Abu Bekir’s father, the former chief minister and current governor, back in the 80s and has continued to build its dominant advantages ever since thanks to his powerful interventions on behalf of his own family company.

In its heyday, before attempts were made to disguise such blatant and obvious kleptocracy and corruption, the entire board was dominated by Taibs sons, son in law and brother in laws. With the final departure of Abu Bekir Taib as Deputy Chairman that decision making grip has largely ended – in the shopwindow at least:

What has surprised everyone, therefore, is the fact that such allegations have now been used to dislodge this powerful off-spring of the Taib family, who continue to dominate the Sarawak economy despite the rumoured failing faculties of the godfather figure, now removed to the governor’s office.

What was so special about this latest conflict of interest is what people are wondering, and why would a corrupted Malaysian company choose to act on such matters rather than covering them up in the usual fashion, especially at a time when the country is under the cosh of ’emergency rule’ by a government which is itself mired in swathes of allegations over corruption and leakages of public money?

Conclusions are being drawn that this is a matter of thieves falling out. Rumours of deadly ructions and rivalries amongst the second generation of Taib billionaires have become acute over the past couple of years and they have focused on the family jewel – namely CMSB itself. 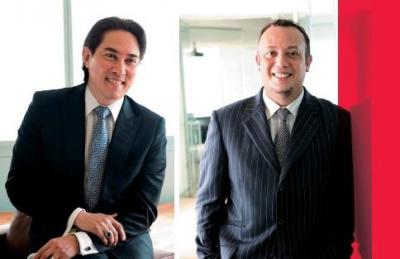 The split first manifested in a row at board level between Abu Bekir himself and his former key ally the Singapore born businessman Alwee Alsree, who just happens to be married to Abu Bekir’s younger sister Hanifah, who herself now glories in elected office as the incumbent of the family’s longstanding Mukah parliamentary seat.

Alsree was generally regarded as the more hands on manager of the company, whilst the playboy Abu Bekir ploughed on through his various marriages, jet set activities and the acquisition of glamorous ventures involving helicopters, high tech and the like. It appears that all of the aforementioned have been losing considerable sums of money.

As Sarawak Report noted late last year Abu Bekir has been cashing in huge tranches of shares over the past many months, divesting himself of virtually all of his holdings in CMSB.

Thanks to the Taib family’s continuing influence in Sarawak and GPS’s dealing with the present backdoor regime, the company’s share values have held good following a temporary fall off a cliff following the 2018 election – a period when shareholders plainly had initially feared that a reforming government would spell disaster and doom for such a blatantly corrupted outfit. CMSB went on to live another day after Taib built his political bridges with PH.

The main recipient of those shares appear to have been Abu Bekir’s brother Rahman Suleiman, who himself left the board of the company many years back in pursuit of his own jet setting activities over in the west. He has now however returned and appears to be seeking to re-assert himself in the Taib family’s original hunting grounds.

However, far more seismic to the company itself, if under-reported, was the departure of the son in law Ahmad Alwee Alsree back at the start of that selling spree in 2019. Sarawak Report has now been informed that the reason for that departure owed to an angry dispute over the determination by the Deputy Chairman (Abu Bekir) to pour large sums of corporate money into a tech subsidiary, namely CMS 1-systems Sdn Bhd which he controls. 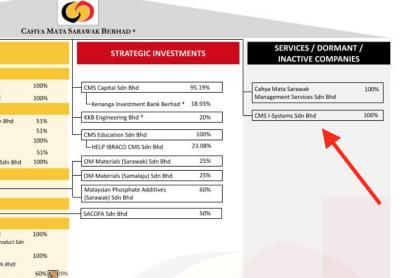 In the present corporate structure the outfit is depicted as apparently inactive. However, it is understood that Abu Bekir was channelling funds into the spongy IT venture in a manner that was angrily opposed by his brother in law.

Abu Bekir, being the top Taib family second generation member and deputy chairman, naturally won the argument which resulted in Alsree departing from what had once seemed a commanding position in the company as Group Executive Director.

Top management role up till 2019

He is not out of the Taib company network entirely on the other hand, remaining as he does as a key player and board member of the family’s private investment bank Kenanga Investment Bank Holdings, which is the largest in Southeast Asia. He is joined by former CMSB chief executive, the British lawyer Richard Curtis who has professionally assisted the company’s purloining of the state since 2006. 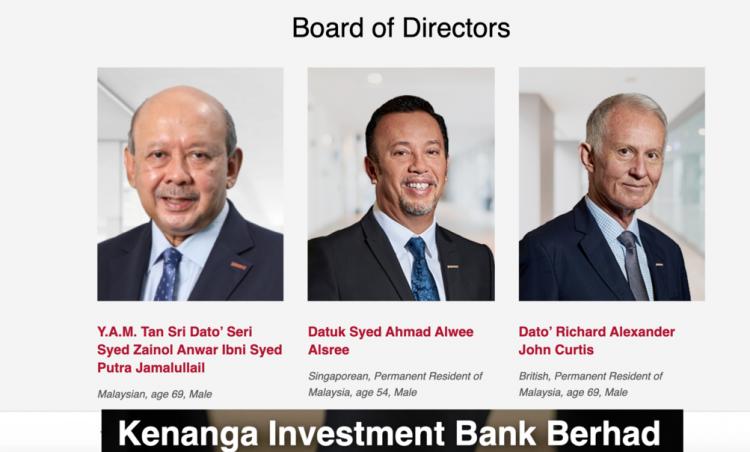 Alwee Alsree still a powerful player in the family firms

Following the departure of Alwee Alsree it appears there was a vast purge of the company – Sarawak Report is told that ‘dozens’ of senior managers aligned to Alsree were forced out.

One who stayed however was a newly hired European Director of Communications, namely Karl Vinc, the man now cited together with Abu Bekir as having agreed to stand down owing to the whistleblower allegations over conflicts of interest. Interestingly, Vinc’s professional biography cites a specialist IT focus to his skill set in communications. 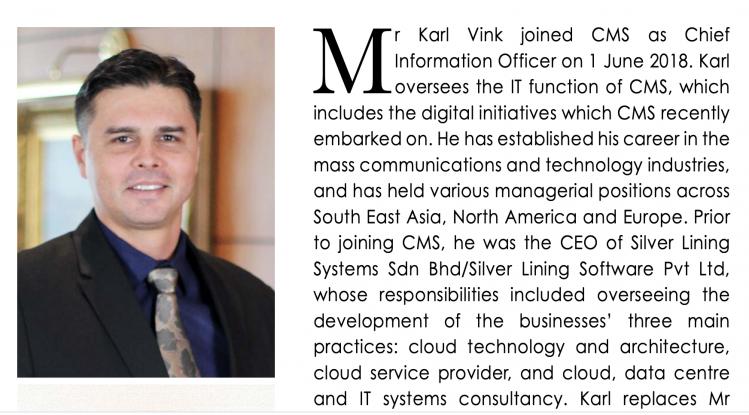 It is too early to say whether the whistleblowing allegations of conflict of interest relate to this family row over Abu Bekir’s decision to pour corporate resources into a niche area of IT controlled by himself. However, CMSB watchers have informed Sarawak Report it is highly likely.

The concerns would appear to be how this little known and virtually redundant subsidiary of the company might have spent the money it received. As one observer has mentioned to Sarawak Report “That proposal divided the whole board and family – a time bomb that seems to have gone off 18 months later. Data or IT companies cannot be easily valued as such, so was it to cover his losses in divorce, Sarawak cable and helicopter business purchases and losses?”

The speculation will continue for as long as there is opacity regarding the allegations that have mired this stock-market company with concerns over misappropriations. Meanwhile, Abu Bekir himself has announced that whilst he has been happy to step aside to allow the matter to be resolved, he fully expects to return exonerated in good time:

“On my part, I pledge my utmost cooperation to the authorities so that the investigations can come to a speedy conclusion and for CMS to move forward on our growth path. I look forward to returning from my leave of absence,” he has told The Edge

Signs are, that as the Godfather of Sarawak visibly starts to ail the battles of the future generation will become all the more brutal. But, when thieves fall out, as the saying goes, honest men come to their own.