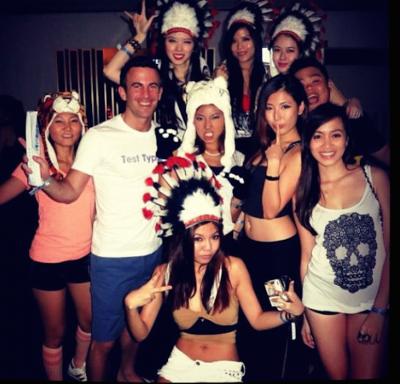 Stadlen is said to be considering ‘jumping ship’ back to the UK, but would clearly miss what he would leave behind…

The fun-loving communications chief in the Prime Minister’s Department, UK national Paul Stadlen, has been spending the past fortnight shredding documents at his offices at the Bangsar Menara building, say insiders.

The job was all done and his 8th floor office neatly shut and closed just days before the raid was carried out down the corridor on the SRC International office, which is run by Jho Low’s close contact Nik Faisal Ariff Kamil, last Friday.

Others on the corridor suspect that Stadlen received a tip off on the raid – one that he did not share with others:

“…man with shredder seen coming in and out in days before raid. Stadlen office shut up just before raid…. am thinking Stadlen getting tip off before SRC / NCT office raids. His office not getting raided that day because nobody there. So Stadlen saves his own skin and doesn’t share his tip off with others”, one said bitterly to Sarawak Report.

The information is useful, because it indicates that not only was SRC raided, but that the National Communications Team, which also forms part of the Prime Minister’s Office, were also subjected to the scrutiny of law enforcers on that day.

Indeed, the 8th Floor of the Menara Building appears to have become something of a parallel outfit, operating off site and outside of the Prime Minister’s official bureaucracy.

This has amongst other things enabled the former APCO chief, Stadlen, to disguise his role as the man in actual charge of communications. 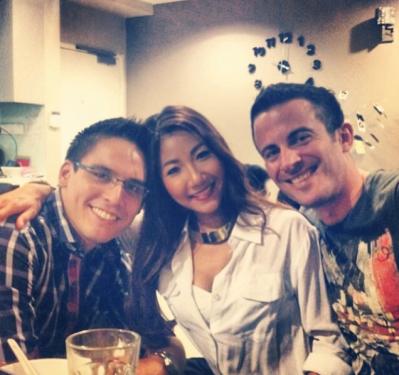 It is therefore significant that the highly controversial company SRC, which was originally part of 1MDB and received a RM4 billion loan from the civil service pension fund, was also located just a few doors down the same corridor.

The money taken by SRC back in 2011 has never been properly accounted for and the company was brought directly under the Ministry of Finance (also controlled by Najib) as demands for transparency grew at 1MDB.

Now that it has been ascertained that millions of ringgit were recently transferred from SRC by Nik Faisal Ariff Kamil into the Prime Minister’s own personal accounts (the background to last week’s raid) there is inevitable speculation that this company could have been used to fund the PM’s ‘special ops’ and communications teams based on 8th floor of the Menara building – including the ludicrously well paid Stadlen himself, whose salary was moved off the official books following criticism some years back.

Stadlen’s disgruntled colleagues are now wondering if he is planning to jump ship completely, since he is no longer operating out of his Menara office.

“He is still in KL for now but gone dark. Not working from Bangsar office, but spotted in PMO and PM’s KL residence”, confirmed one.

Indeed, Stadlen, who currently sports a brand new Audi A7, is still confirmed as working for the Prime Minister and has been seen in his offices and residence over the current crisis.

However, he is attempting to lower his profile.  He has changed his business card from the old one, which confirmed his role, to a lower key number: 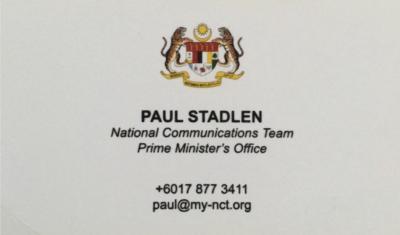 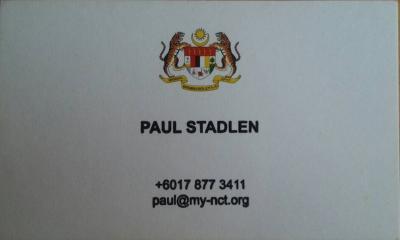 Stadlen, whom ministers have denied is being funded by the government to master-mind its PR, is therefore working harder on covering his role, but clearly still keen to hang on if he can.

Sarawak Report is reliably informed, for example, that it was Stadlen who penned the Foreign Minister, Anifah Aman’s recent “open letter” to the New York Times, which lashed out at the former Prime Minister Dr Mahathir for criticising 1MDB and corruption issues associated with the present regime.

“Tun Dr Mahathir told the New York Times that Umno “lacks vision and talented people”, that it “has become a repository of patronage-seeking politicians”, and that members “try to keep out people who are more intelligent than themselves”. But it is Tun Dr Mahathir himself, having led the party for 22 years, had during his time, worked to cultivate “yes men” and entrench his position – even introducing a quota system in the nomination for the Umno presidency in order to prevent challengers – rather than bringing in talent and strengthening the party. On the other hand, it is Prime Minister Najib who democratised the party constitution to make it far easier to challenge him for his job” thundered Stadlen, pretending to be Anifah Aman.

You can see why the Prime Minister is keen to keep him in post.

More booze and birds – Stadlen will miss KL, but surely his time is up?

However, there is a dictum, which is that when the PR man becomes the story…. well then it is time for him to go.

Stadlen has enjoyed a pay packet to die for, thanks to his services on behalf of the present Prime Minister – acting as a willing attack dog against those seen as his political enemies.

He has also plainly enjoyed all the pleasures that KL has to offer.

However, now the investigation has clearly begun into the financing of the more shadowy aspects of the Prime Minister’s operations, bets are on over how long it will be before Paul Stadlen steps onto a flight back to London! 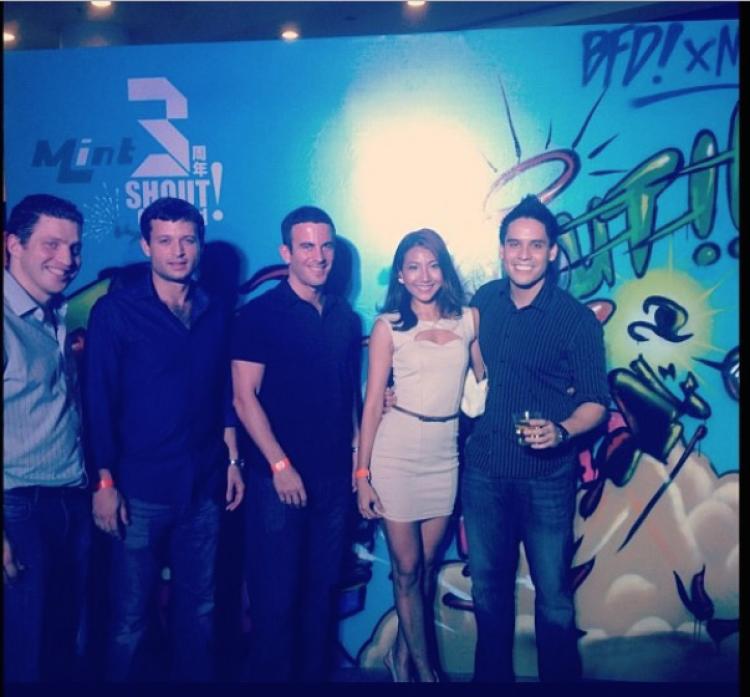 All great parties have to come to an end….