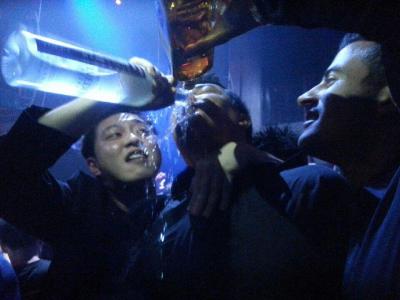 Stadlen (right) has raised eyebrows over his vast invoices, his after-hours clubbing and his ‘cyber warfare’ operations

Last month it was officially announced that the UK national Paul Stadlen is not paid by the Malaysian Government.

In a written Parliamentary reply dated May 19th the Minister from the Prime Minister’s office, Shahidan Kassim told the PAS MP Mohamed Hanipa Maidin “To date, the government did not pay any salary to Paul Stadlen.”

In which case the Prime Minister Najib Razak must be feeling increasingly indebted to this professional, because the evidence shows that he is working full time on his affairs.

Sarawak Report can confirm that Stadlen, who was formerly the APCO head in Malaysia, has continued to be behind some of the most crucial and sensitive recent Government announcements and has also coordinated the management of these announcements to the national and international media.

It is he who personally operates an email account called ‘Malaysia News’, which circulates numerous emails to the foreign and domestic media on behalf of the Prime Minister’s office. 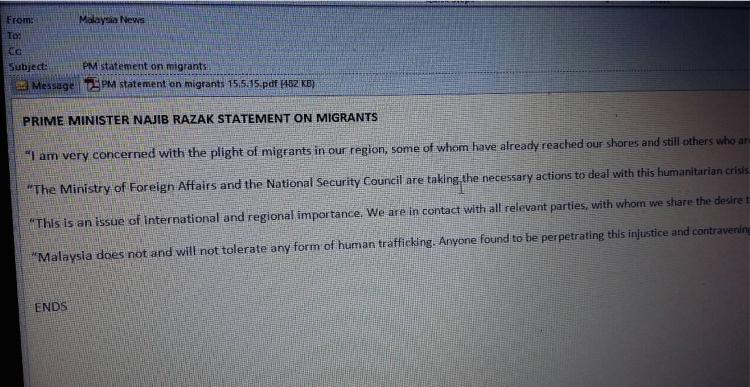 The PM’s statement on the Rohingya boat people was sent out from Stadlen’s office under the Malaysia News email.

Under this alias Stadlen has continued to craft many of the Prime Minister’s office’s statements, in the same manner that he was known to have authored the controversial press release justifying the imprisonment of the opposition leader in March.

The internationally sensitive issue of the Rohingya migrants was handled by him, as well as a statement on women in leadership roles and even the key economic announcement of the current parliamentary session, which was the 11th Malaysia Plan. 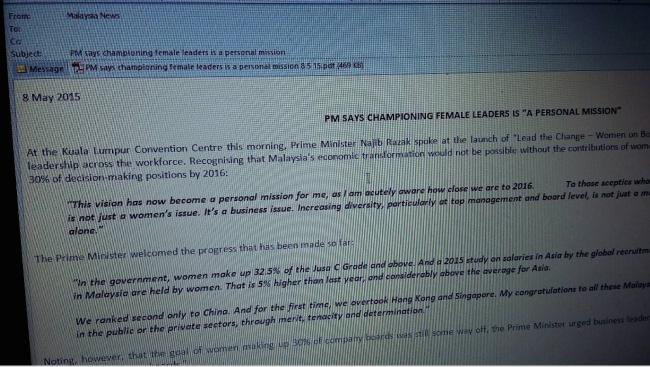 In fact, the claim that Paul does not work for Najib’s office has caused widespread consternation amongst all concerned, because he himself has for years made it perfectly plain that he does. 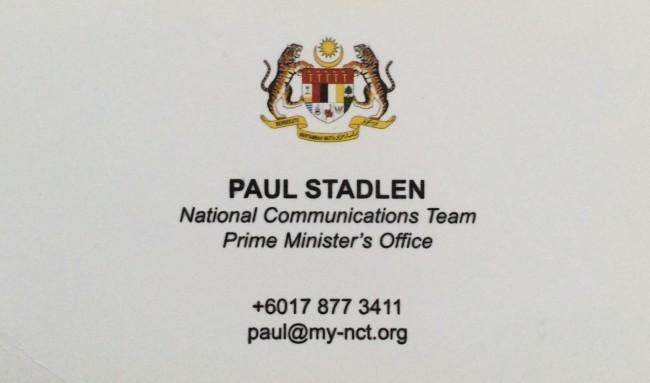 It has been listed for years as his sole profession on the web service Linked In; his business card proclaims it and his email ([email protected]) implies strongly that he works for the Prime Minister’s so-called National Communications Team. 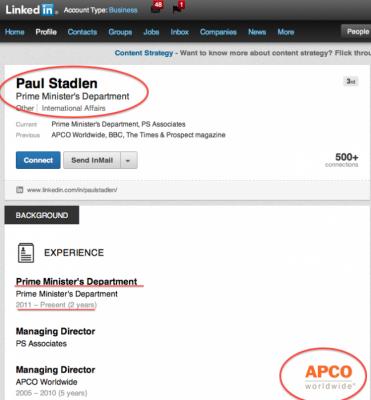 Indeed, it is no coincidence that the National Communications Team is situated bang next door to Paul’s own office on the 8th floor at the Menara BRDB building linked to the Bangsar Shopping Centre. 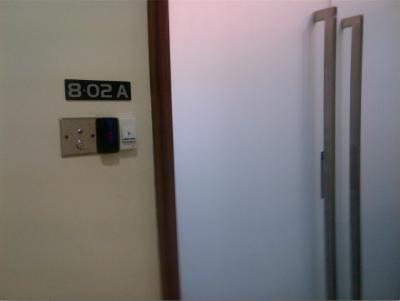 The NCT entire staff and all the journalists in KL are naturally aware of his role.

And yet we are now to understand that he has never been paid for it.

The claim by the Minister is even more astonishing given that Sarawak Report and other media have for many years circulated the copy of the Government’s original contract with Paul’s company, which was obtained by opposition sources many years ago. 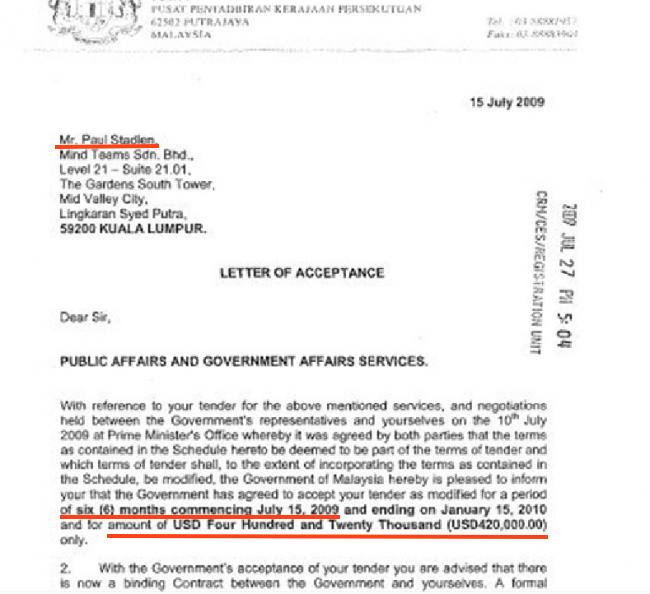 And, of course, prior to the above contract with his own private company Paul was the head of the APCO PR contract to perform the same services, again for a very great deal of money.

Volunteer work or rogue ops – is this the way to run the PMO’s public communications? 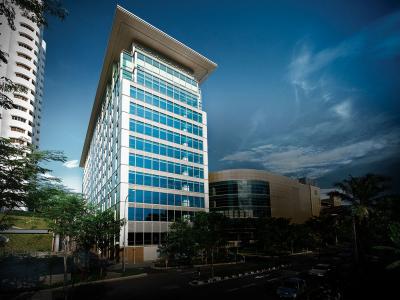 Why Bangsar based not Putrajaya based? The PM’s communications team is situated here, next door to Paul’s own offices on the 8th floor

However, if we are to accept this frankly unbelievable claim that Paul Stadlen is not officially paid for his work by the government, it produces some serious and worrying concerns.

A government’s communications department is normally managed under its civil service, so that it can be properly audited, controlled and operated in the public interest like all other departments.

Is it now to be understood that a large chunk of the Malaysian Government’s communications work has instead been hived off into a separate rogue operation that is paid for by some anonymous entity outside of the normal government budget?

Or, incredibly, that it is being handled by a freelance volunteer?

Look, for example, at the plans for the presentation of the latest 11th Malaysia Plan for the economy. The instructions came off Paul Stadlen’s computer under his office’s own ‘Malaysia News’ email address: 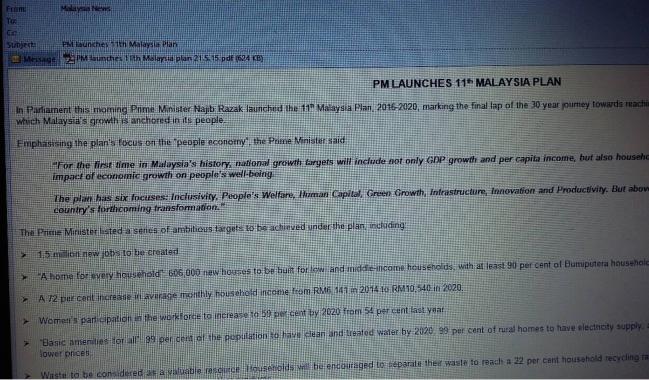 Furthermore, the whole organisation of the media operation around the presentation of this core economic plan was also managed under this ‘volunteer’ outfit that is not officially being paid for by the government. 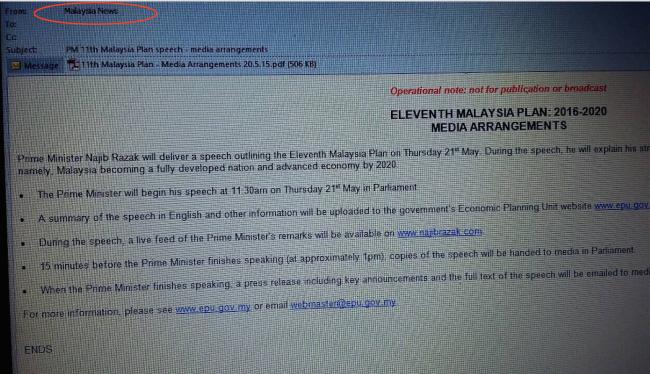 Do the  Malaysian people expect their information sources to be handled in such an unaccountable manner?

Under the present situation there is no transparency as to who is behind what is being communicated by the government. 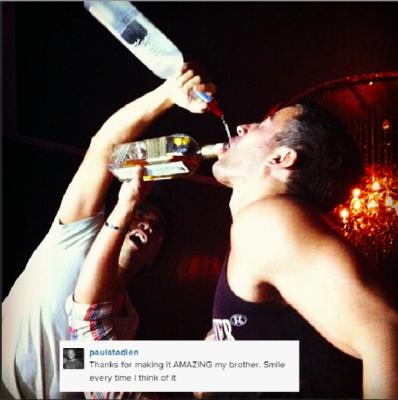 Is Paul being paid by a shady businessman with a personal agenda?  Or a foreign government? Or via the secret service budget?

More to the point, why is he not being paid out of the official budget?

How is anyone to know who is controlling the messaging being put forward by Stadlen now that his payments have been taken off the official books?

On the other hand, if the situation is even more bizarre, with Stadlen genuinely working for free out of his personal devotion to Najib Razak, ought that provide more comfort or less?

If Stadlen is ‘doing Najib a favour’ then where does authority lie in the Prime Minister’s Communications Department?  Of course, the truth is that the Minister was playing with words about salaries being paid, as opposed to companies hired.  But the unacceptable purpose is to disguise Stadlen’s role and the amount he receives from the Government.

Stadlen cuts a controversial figure in KL. Insiders say that far from being a non-person at the Prime Minister’s Office, he is a key strategist involved in the present crisis management at the highest levels.

As late as last month, after 1MDB CEO Arul Kanda went missing from his date with the Public Accounts Committee, he was spotted the next day in deep discussion at a bar in KL with none other than Stadlen and  Barisan Nasional Backbenchers’ Club president Shahrir Samad. 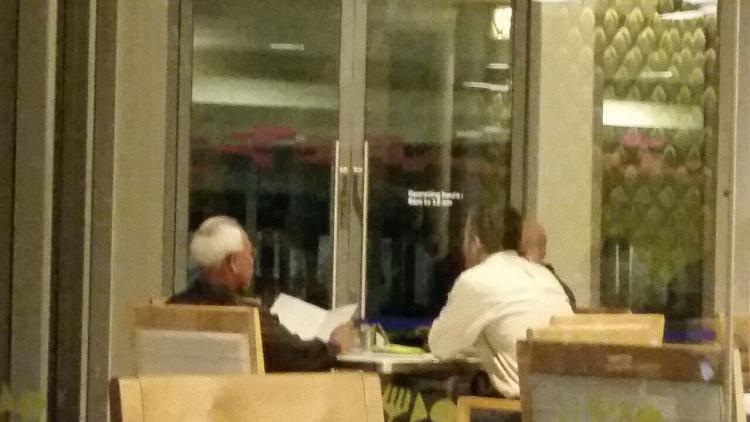 Lengthy crisis discussions on handling 1MDB or just several hours of sociable chat in a hotel bar as a preferable option to facing the PAC?

Yet Stadlen has regularly drawn attention to himself on the KL nightclubbing scene, with conduct that conflicts with good judgement, according to critics who are concerned that there is a ‘secret loose canon’ in charge of the presentation of key policies 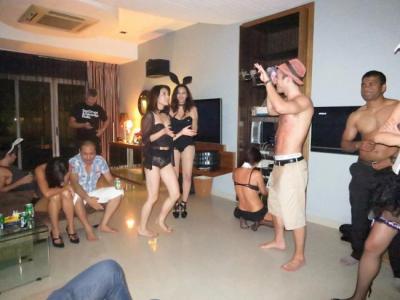 Stadlen has also been associated with a string of secretive ‘cyber warfare’ activities, designed to attack and undermine Najib’s political opponents online.

His former employers include APCO and the associated PR company FBC Media, which was behind a multi-million dollar illegal broadcast campaign, financed by the Malaysian Government and also Taib Mahmud.

Sources have also confirmed to Sarawak Report that it is Stadlen’s ‘unpaid’ unit which coordinates the teams of so-called ‘cyber troopers’, who are clearly employed to deluge Malaysia’s online comments sections with slavish declarations of support for the government, in order to counter stories unfavourable to Najib.

With this kind of involvement in shadowy, secretive, expensive and heavily political PR activities, many are asking why Stadlen is also the man behind so many of the Malaysian Government’s official announcements? 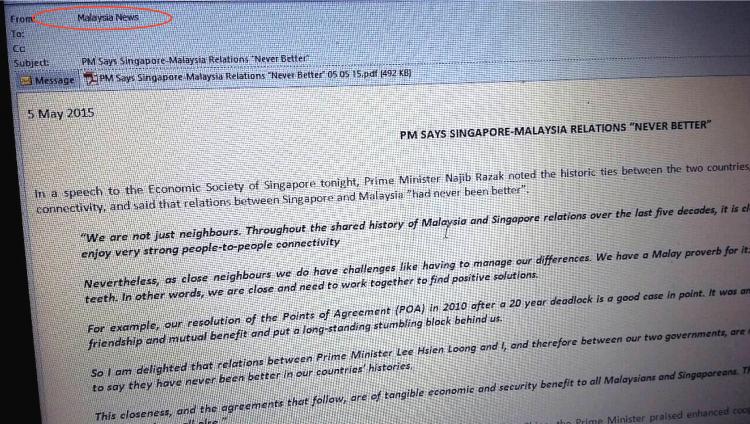 Political disinformation and secret PR operations are surely not the line of activity to be coordinating with government business in such a way and all off the official books as well? 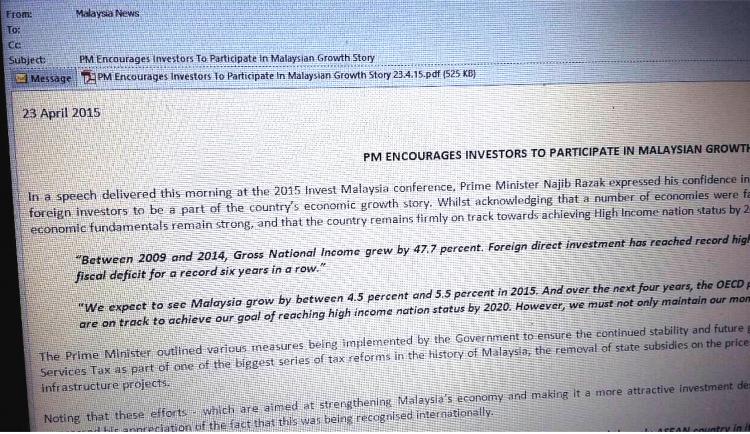