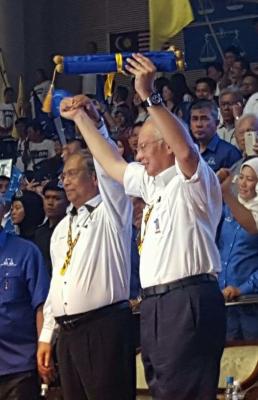 Najib needs Adenan to move on a snap state election in Sarawak – Will the CM play ball?

Held at bay for weeks over the questions he just can’t answer on 1MDB, Najib has turned to the strategy of devising a ‘political solution’ to his practical problems.

Insiders have confided that the plan is to fast forward a snap Sarawak election and to use an anticipated BN win to wipe Najib’s own slate clean.

Meanwhile, in recent days the Prime Minister’s supporters have simply gone into denial on the issue of 1MDB’s missing millions, which they have naturally decided they cannot afford to prosecute.

They have started telling everyone who will listen that there is nothing wrong and that all the evidence is just lies.

At the same time they are putting out the contradictory argument that thefts of public money in years gone by have been just as bad, so why all this fuss about 1MDB?

In fact it seems they don’t care what sort of nonsense they speak, on the basis that those who want to believe them will and those who don’t, can’t do anything about it.

A separate tactic again has been to declare the matter to be extremely complicated, in order to blind people to what was in fact a very simple theft.

In a nutshell, USD$1.19 billion of public money was ‘invested’ in the 1MDB PetroSaudi joint venture, on the sole authority of the Prime Minister.  However, instead of going to the joint venture the cash was diverted into a separate Zurich bank account belonging to the company Good Star, which is controlled by the PM’s close associate Jho Low.

Around half this money has been subsequently traced as having been paid from the Good Star Zurich account into a personal BSI bank account belonging to Jho Low in Singapore.

The rest ought to be found soon enough, if international money laundering requirements are fulfilled by signatory countries and authorities.

Nevertheless, ever since this plain and simple theft took place, the PM and 1MDB with the help of shady audits have been attempting to pretend that all this missing money was paid back to Malaysia and nothing has gone missing.

They have produced a laughable series of claims and excuses about where the money was supposedly being held and invested, leading from secretive accounts in the Cayman Islands eventually to Singapore (allegedly at the very same BSI Bank branch where Jho Low’s accounts are also located – a senior member of the staff at the branch has been on ‘gardening leave’ ever since the scandal first exploded in March).

However, tellingly, 1MDB has never been able to access this ‘cash’, even to extract the company from a dire cash flow situation, where the fund was embarrassed by not being able to meet its debt repayments.

And the Singapore authorities have recently confirmed the obvious truth, which was that there is no such money in any of these accounts.

How could there be when it was all stolen years ago? 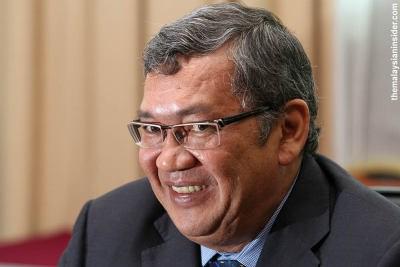 Abdul Gani Patail, the Attorney General with the bursting ‘No Further Action’ tray relied on by Najib.

Najib and his cohorts have evidently concluded that their only way out of the 1MDB situation is to ignore it and deny the undeniable, while seeking to make shows of political strength (primarily by spending a lot more public money).

Indeed, the Home Minister disclosed yesterday that the police had completed their investigations way back in March into this matter and sent in their report.  Matter closed his end.

Of course, in time honoured fashion the Attorney General has added this latest file to his mountainous “Too Political/ No Further Action” pile and no one has attempted to even question the prime suspect in the whole affair, the Prime Minister’s business friend Jho Low.

Meanwhile, Second Finance Minister Ahmad Husni Hanadzlah speaking on TV last week, came out with the claim that there was “no way of confirming” if Good Star Limited was controlled by Jho Low anyway.

No way of confirming?!

Najib Razak authorised the payment of over a billion dollars into a Good Star account on the basis that was supposed to be part of a joint venture with 1MDB and he had no way of confirming if it was in fact part of the company?!

“No way of confirming” Good Star was controlled by Jho Low, after half of that money has already been traced by the Singapore authorities into an account owned by Jho Low at BSI Bank in Singapore?!

What Najib needs, as all can see, is a nice distraction from this sorry mess, given that he is refusing to do the honourable thing and resign.

He wants some kind of big political ‘vindication’, so that he can turn round to his critics and say “look nobody cares if I presided over a massive theft of public money, this is just the normal way of politics in Malaysia and the people still endorse me because of all those things I claim to have been doing to improve their lives”.

For this reason the PM has become increasingly addicted to foreign visits (to make him look like an international heavy weight) and also to visits to BN’s so called “Safe Deposit”, impoverished East Malaysia, where his local wealthy backers have been happy to round up welcoming crowds of paid applauders.

Sabah has recently fallen flat, after Najib once again failed to put a domestic disaster ahead of his international posturing and favoured a last minute PR visit to Saudi instead of attending to the earthquake victims in that state.

However, Sarawak remains a bankable option for showcasing the PM, who is apparently less confident about touring in his own West Malaysia these days.

Najib was in Kuching just last week and on Monday he is to be back yet again – this time including a last minute surprise visit to Sibu.

Sarawak Report has learnt that his office has been frantically planning this last minute extension to the 59th Independence Anniversary visit over the past very few days.  The idea of a big personal rally in Sibu was only just conceived at the very end of last week. 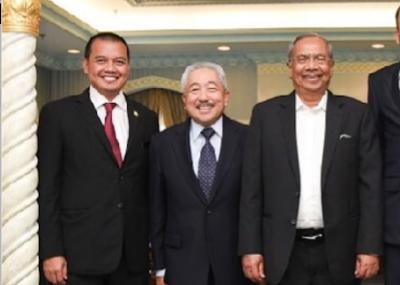 This new rally, which started to be promoted a couple days ago, relies entirely on the personal support of Najib’s key local man Bustari Yusuf, the Sibu businessman and political veteran, who has become his closest ally and holiday companion in recent years.

Naturally, Bustari has also become one of the country’s biggest recipients of contracts and favours at the same time, while his younger brother Fadillah has been promoted to key political status as public works minister and is a pivotal ally of Adenan Satem within Sarawak itself.

So, the funding of the rally will be down to Bustari – a small return on his acquisition of the  Pan-Borneo Highway project, which was recently handed to his own company to parcel out.  And also the granting of a sizeable chunk Sarawak’s medical services contracts to a company also controlled by himself. 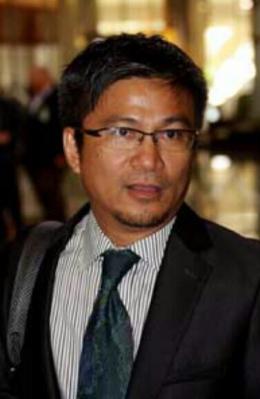 Najib will arrive in Sibu with his wife Rosmah at 6pm on 15th June, according to these new plans, for which the chief organiser is the local Nangka State Assemblyman, Annuar Rapaee, a key ally of Bustari.

There is to be a walk about and then a big dinner ‘with the Sibu people’ at Taman Selara Harmoni at 8.30pm, all paid for by Bustari.

The following day the Prime Minister will continue with the original programme for his visit, which is to Kapit and Kuching.

The mega-rich Bustari, who goes back to early years as one of Taib Mahmud’s key henchmen and PBB Party Treasurer, is a key linchpin in this developing strategy by Najib to boost his standing in Sarawak and to take credit for a successful state election, which he is pushing Adenan to bring forward by several months.

The businessman is rarely far from his political friend these days and attended his last visit to Sarawak also, visiting Adenan some hours in advance of Najib in order to brief the Chief Minister on the Prime Minister’s agenda.  However, Bustari has no elected or official government role. 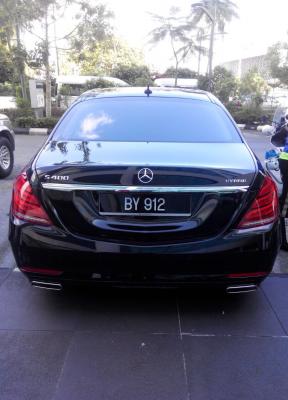 B Y’s car during his recent Kuching visit

Najib’s calculations in trying to push Adenan into an early election are not hard to decipher.

After all, the opposition parties in East Malaysia are extremely weak.  Native parties have been largely banned over the years and money is very tight for anyone not affiliated to BN.

With the federal opposition leader Anwar Ibrahim driven into jail by Najib, there is no one to rally the opponents to BN at the current moment.

And the entire state apparatus has habitually been employed at every election to ensure that the rural areas obediently vote back BN.

Adenan himself has utilised his early months in office to make a show of distancing himself from his own patron Taib Mahmud, in an attempt to shed the poisonous legacy of rampant corruption.

With his eye on the upcoming elections, Adenan has been loudly proclaiming anti-corruption measures and seeking to disarm the main opposition complaints against the local state government.

So, it seems likely that we will soon be watching as ‘Project Sarawak’ is put into effect. 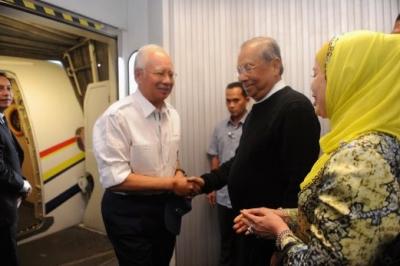 Adenan will be put under enormous pressure to call a snap election in the anticipation that BN parties will trounce the impoverished and disorganised opposition, by handing out money and threats to frightened voters in the rural areas as usual.

Najib will then proclaim himself to be loved and appreciated by all in Malaysia and dare anyone to say it matters one little jot whether or not he has been caught out stealing public money.

This is what is known as a political solution to a practical problem.

Whether Adenan will be prepared to comply with Najib’s latest desperate plan will become plain in the very near future.