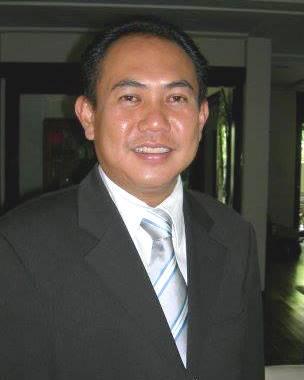 It has been widely reported that Clifford Fournier, the pilot of the ill-fated helicopter, which crashed on April 4th while transporting home guests from the wedding of the Prime Minister’s daughter, was  also the Director of the operating company that supplied the aircraft, Solaire Sdn Bhd.

Jabu is tipped to replace his father, the longstanding Deputy Chief Minister, as the candidate for the family’s Layar, Betong seat in the up-coming state election and his impressive list of business interests has long attracted attention, not least from this website. 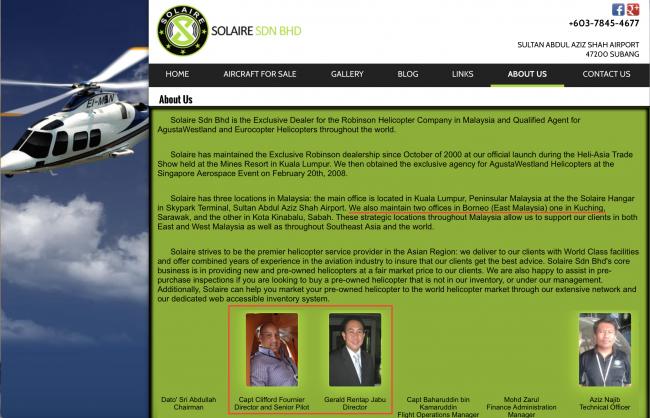 Indeed, Gerald Jabu has enjoyed so many favoured concessions and business connections from so early an age that he admirably summarises the perception that it is virtually impossible to do business in Sarawak, unless you are partnered with a politically connected individual from BN.

Gerald Jabu is into everything and has been, along with his Mum, cousins and siblings from a surprisingly young age.

The powers that be in Sarawak will be hasty, of course, to assure you that the reason is inherited genetic brilliance, as usual, not nepotism. 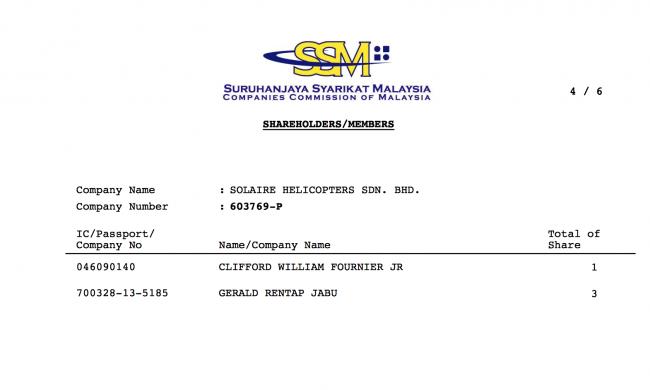 Geral Jabu is the major shareholder of Solaire Helicopters, Clifford Fournier was the pilot

Sadly, this did not save the Eurocopter Dauphin 9M-IGB which killed prominent Malaysians along with all on board.

Investigators are still examining what happened to the pilot, who was accompanied in the cockpit by a young lady friend at the time and to the aircraft.

The group of Solaire companies included Solaire Sdn Bhd, said to the the operator of the craft.  The Directors and Shareholders were the pilot, the American Clifford Fournier and Gerald Jabu. 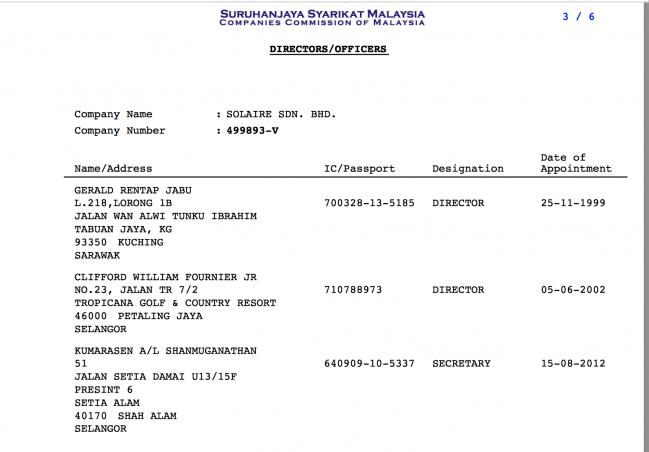 The remaining Director of Solaire, so far unreported, is Gerald Jabu.

Since Gerald Jabu is the remaining Director of the operating company, Sarawak Report assumes he is being questioned by the investigators in detail about the operating and safety procedures of Solaire, although so far his involvement has not been reported in the press. 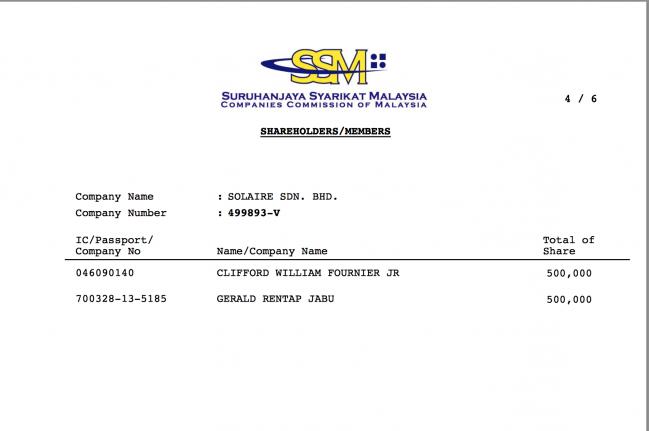 Gerald Jabu is the 50% shareholder of the company

Admittedly, Gerald has numerous other business interests to distract him.

Bustari Yusuf is the businessman, who has gone from strength to strength following his acquisition of massive timber concessions under Taib in the 1980s. At that time Bustari was the Treasurer of Taib’s party PBB.

Now it is Bustari’s brother, the MP Fadillah Yusuf, who has currently bagged the plum job of Minister of Public Works, as Najib’s big political thank you to Sarawak’s voters for obediently voting to keep him in power at the last election.

Fadillah is also the Chairman of PBB’s ‘Youth Wing” where Gerald acts as his Deputy. 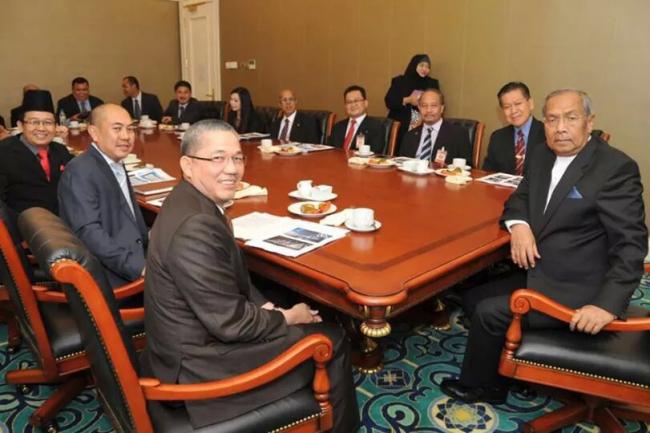 Together, the Yusuf family and Deputy Chief Minister Alfred Jabu go a long way back to the early days of Taib’s iron rule over Sarawak – together with the current Chief Minister Adenan Satem.

These two family’s business ties include co-ownership of a massive timber concession through a company called Sarako Sdn Bhd.

Gerald’s family and siblings are also tied up with the Bustari Yusuf family through their co-ownership of a huge construction company KACC Construction, which has benefitted from hundreds of millions of ringgit worth of state construction contracts in Sarawak. 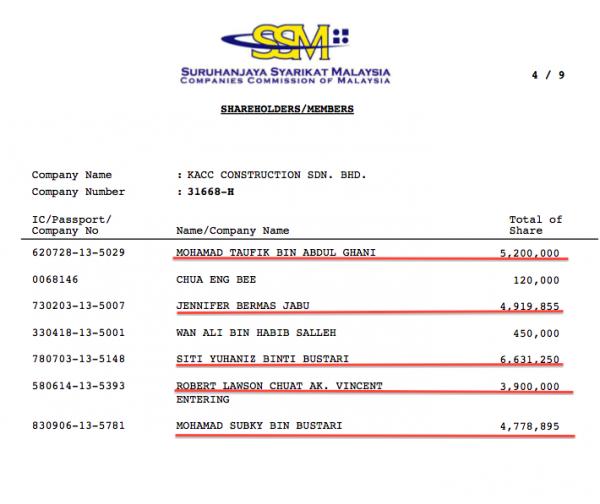 And then there is the highly controversial SALCRA fertiliser monopoly, which it appears the two families have now decided to divest from following widespread criticism over the blatant conflicts of interests involved.

Close for many years – Jabu & Adenan

After all, Alfred Jabu is the Minister in charge SALCRA, which is the state cooperative which forcibly took native people’s lands for plantations, in return for a promised share of the profits.

Sadly, as this blog and others have reported, SALCRA’s lack of profitability has meant that the NCR landowners have received laughable returns on this Jabu-directed enterprise.

However, the company which obtained the monopoly on the supply of fertiliser to SALCRA’s plantations had an obvious profit on a plate in front of it.

This monopoly was obtained by Sarawak Fertiliser Sdn Bhd (SFSB), whose shareholders included Biogift Sdn Bhd, holder of 20% of SFSB. 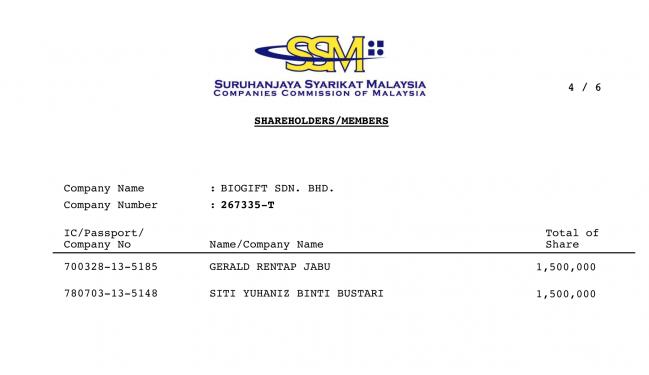 Yet, it appears that Gerald was as inept at managing his stake in SFSB as his father has been in managing SALCRA itself on behalf of the native land-owners, in that before the buy out the state was asked to step in in 2011 and bail out this monopoly fertiliser company, which was allegedly failing to make sufficient profits.

Meanwhile, Bustari Yusuf’s brother, who is Gerald’s senior at PBB Youth, the MP Fadillah Yusuf is courting his own predictable controversy in his role as the Public Works Minister, owing to his management of the huge contract for the Pan Borneo Highway.

Fadillah has put the entire project into a company named Lebuhraya Borneo Utara Sdn Bhd, which DAP opposition leader Chong Chieng Jen has pointed out is a time honoured method for skimming public contracts in Sarawak.

Chong has asked for reassurances that the company is not, as rumoured, merely yet another front for Fadillah’s businessman’s brother Bustari.

Such cronyism can have fatal consequences, besides bleeding the state of resources that should go to the people.

So, we hope that Gerald has developed the necessary expertise to be an effective director for the Solaire helicopter company, which is now facing major questions over this fatal and tragic accident.