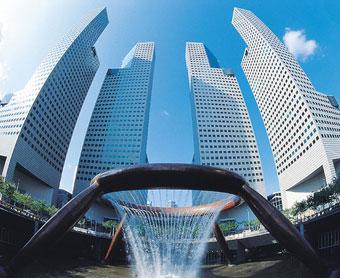 Sarawak Report has been passed disturbing evidence, showing that BSI Bank has dismissed documents supplied by 1MDB relating to its Brazen Sky Limited account in Singapore, saying they are false bank statements.

The documents were supplied to various authorities by 1MDB’s CEO Arul Kanda and purported to show Brazen Sky’s statement of account in November 2014.

However, the Swiss private bank has told the Singapore authorities that the document did not originate from them and does not represent a true account of the assets of the 1MDB subsidiary.

On March 13th this information was reported back to Malaysia.

Two days earlier, on March 11th, the Minister of Finance (Prime Minister Najib Razak) had issued a Parliamentary reply to questions from the opposition DAP MP Tony Pua, confirming that the remaining $1.103 billion had already been “redeemed” from Brazen Sky’s alleged off shore fund in the Cayman Islands and stating that it was now being “kept in US currency” at BSI Bank Limited, Singapore.

However, separate insider information gained in Singapore has corroborated that there is no actual cash in the relevant Brazan Sky Limited account.

“The account merely contains ‘paper assets”, explained a source “the true value of which cannot be determined”.

This new information raises huge new concerns about the management of 1MDB on the day that Tony Pua has himself revealed the extent to which electricity prices for Malaysian customers are due to be hiked (in some cases by over 20%) as part of the Government’s efforts to bail out the failing development fund through a series of favoured power deal concessions.

Damningly, Pua reveals that 1MDB has even been allowed to sell on a concession, which was controversially awarded to the company instead of to the lowest bidder just this February, in a move that will further push up prices:

“This is because the debt-laden and cash-stricken 1MDB has no money to fund the project.  Furthermore no bank is willing to lend any more money to the company.

However, instead of cancelling the award due to breach of concession terms, the Energy Commission is allowing 1MDB to profit from the license award by on-selling its rights to Tenaga Nasional Bhd (TNB). To sweeten the deal for TNB to acquire the concession from 1MDB, it is understood that TNB will be allowed to renegotiate the tariff which was set earlier during the bid.  Once again, it means higher profits for 1MDB for doing absolutely nothing other than to on-sell the concession” Tony Pua media statement, 22nd April 2015

The ‘development’ fund’s debts now total over RM42 billion and the Government has denied that money being raised on the international markets via Petronas loans and a Sukuk USD$1.5 billion bond raised last week are designed to plug the gaps.

This latest development follows years of twists and turns in the various accounts provided by 1MDB as to what happened to the money supposedly retrieved by the fund after it terminated its ill-fated first joint-venture with the company PetroSaudi International in 2009.

1MDB claimed at the time that it had come out with a profit from its investments in PetroSaudi totalling a payback of USD$2.3 billion. 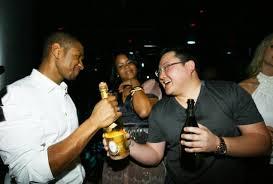 Despite this enormous loss (our account has never been formally contested by any of the parties concerned) 1MDB still maintains it retrieved all the money it put into the deal of at least $1.7 billion, plus made a profit to total an alleged $2.3 billion payback.

When questioned about the whereabouts of this money 1MDB eventually explained that it  was being invested off-shore in a ‘segregated portfolio fund’ in the Cayman Islands.

Promises were later made in 2014 to bring the money back to Malaysia to assist in the growing financial difficulties of the ailing fund and in January 2015 Arul Kanda Kandasamy, the newly appointed CEO, announced that the money had indeed been ‘redeemed’ from the Caymans in two separate tranches. 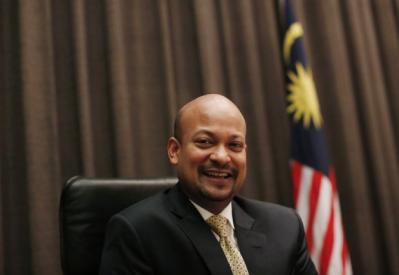 He said $1.22 billion had been retrieved in September (and immediately spent on debt repayments in advance of the audit on November 5th) and the remaining $1.103 billion was ‘redeemed’ in January.

The Finance Ministry’s written reply on March 11th therefore responded to Tony Pua’s query as to why the second tranche of USD$1.103 billion, had not yet been repatriated to assist in the repayment of the development fund’s massive outstanding debts and asking where the money was being held?

The Minister explained this remaining cash was now being held by the Singapore Branch of the Swiss Private bank BSI and would not be brought back to Malaysia.

His statement claimed that this was owing to regulatory restrictions by Malaysia’s central Bank Negara, which made it allegedly difficult to bring the money back into the country:

“The remaining US$1.103bil in 1MDB’s investment funds managed by Cayman (Islands) Monetary Authority has been redeemed and is kept in US currency at BSI Bank Ltd Singapore (BSI Singapore).

“The decision to use a bank in Singapore was done in order to smoothen the transaction as regulations set by Bank Negara Malaysia (BNM) require for transactions above RM50 million to obtain its approval,”  the statement read.

The above statement appeared to conflict however with the previous statements by Arul Kanda, who had told the media in February that the first tranche of USD$2.2 billion had indeed been brought back to Malaysia in the form of US currency and then spent to pay off debts:

‘Arul Kanda said … although the entire sum has been redeemed in full, only the first tranche of US$1.22 billion (RM4.33 billion), which was redeemed last year, has been repatriated.

“The cash is in our accounts and in US dollars. I can assure you (about that)… I have seen the statements,” Arul Kanda said, according to the Business Times.

But he added, “People need to understand that the first tranche has been fully spent.”.. in September last year to service the debt interest payments, working capital as well as payments to Abu Dhabi’s Aabar investments — estimated at RM830 million.

“I said the remaining (second) sum has been redeemed. I never said anything about repatriation of funds” . [Malaysian Mail online]

If the first tranche could be repatriated and utilised in dollar form from 1MDB’s Malay based accounts, observers are questioning, why could the second tranche not be ‘repatriated’ and utilised in the same manner?

Financial insiders have also told Sarawak Report that the supposed Bank Negara regulations referred to in the Finance Ministry statement simply do not exist.

There have been no public documents provided to prove any of the above statements by the Finance Ministry or 1MDB.

““The cash is in our accounts and in US dollars. I can assure you (about that)… I have seen the statements,”

This evidence shows that the 1MDB CEO sent copies of bank statements to regulatory bodies, which were then passed to BSI bank in Singapore.

These included a November 2014 bank statement for Brazen Sky Limited’s account at BSI. 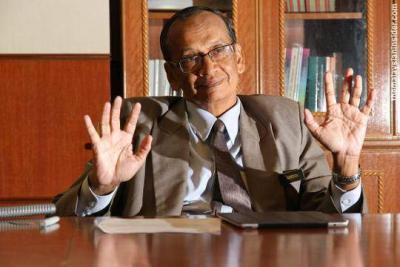 No progress? Is the Auditor General Ambrin Buang out of his depth?

However, BSI subsequently informed the Singapore regulatory authorities that the document was a false statement and did not originate from the bank itself.

It is a devastating development, which undermines 1MDB’s entire position regarding the missing billions of ringgit from its accounts and the situation now demands a far fuller examination of its position, particularly by the regulators concerned and the forces of law and order.

Yet, six weeks after the Auditor General was tasked by the Prime Minister with examining the fund there has been no information regarding his investigation or his findings.

Sarawak Report has learned through separate sources that another major private and corporate customer of BSI Singapore is none other than Jho Taek Low, the man we have identified as the driving force behind 1MDB’s various investment decisions, including the PetroSaudi deal, which transferred $700 million into an account controlled by him in the name of Good Star Limited at RBS Coutts in Zurich.

BSI was also the original bank approached in Geneva by PetroSaudi when it was seeking to set up a Swiss account for Good Star in 2009, in order to receive the original $700 million dollars siphoned out of the joint venture deal.

Sarawak Report therefore calls for a thorough investigation by the Singapore Authorities into the role of BSI relating to 1MDB and into its dealings with its top private customer, Jho Taek Low.