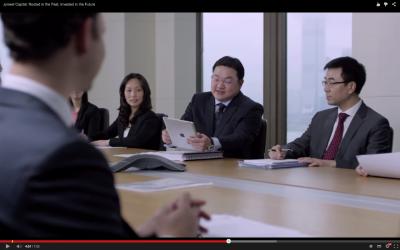 The Malaysian billionaire is the ultimate exponent of mixing business with pleasure.

He combines his low profile business activities, which he insists are not related in any way to Malaysian public investments,  with a high profile social life that has generated gossip columns from Las Vegas to St Tropez.

Indeed the display of wealth is clearly Jho Low’s style.

Even in his corporate video for investors in his present vehicle, Hong Kong based Jynwel Capital, the youthful tycoon cannot resist portraying himself and his business surrounded by luxury and excess. 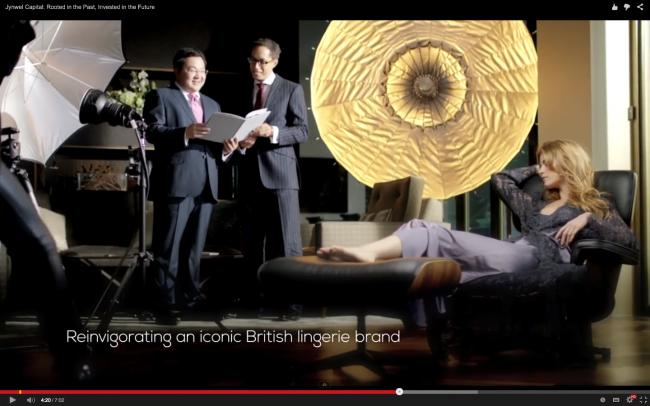 Jho Low is portrayed posturing by the pool of a giant house in the Caribbean; being chauffeured and flown around the world; buying up businesses in mining, hotels, oil and ladies underwear (where he takes the opportunity to monitor a photographic session) and crucially, shaking the hands of wealthy Arabs, who have featured so prominently in his deals supposedly ‘drawing investment into Malaysia’. 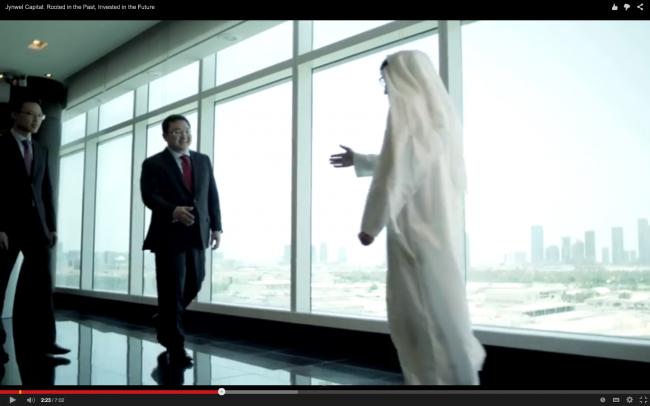 Indeed there could be no greater contrast with the lives of the millions of impoverished Malaysians, in the name of whose development billions were raised for 1MDB, than Jho Low’s present jet-setting lifestyle. 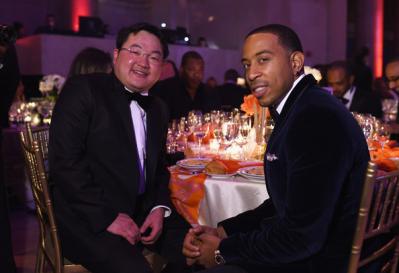 And it appears to be no coincidence that far from drawing in vital investment, Jho Low’s management of 1MDB’s portfolio has landed this massive public fund on the rocks with shocking debts that are now confronting the Treasury with Malaysia’s biggest financial crisis in years.

A further RM3 million needs to be found for debt repayments to prevent a default by the end of March.  That is on top of the RM2 billion already raised from an unidentified source earlier this month, believed to be the crony billionaire Ananda Krishnan.

Meanwhile, over the past few days it has been reported that 1MDB’s bonds are being treated as junk on the financial markets, with all prospects of an IPO launch shelved as a hopeless prospect.

In previous days, when Low was at college he had emailed fellow hard-up students with instructions on how to cheat US phone boxes, in order to ring home to Malaysia for free.  After his heist at 1MDB his free-loading is now on a considerably grander scale. 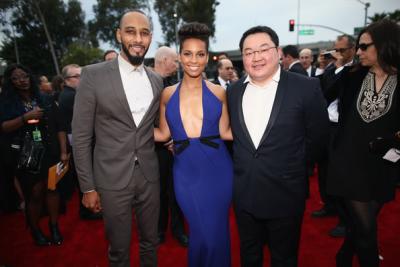 Jho Low first hit the headlines late in 2009, a few short weeks after the 1MDB joint venture was signed.

His extravagant lifestyle became the talk of New York, when he was seen partying with the likes of Lindsay Lohan, Megan Fox and the Hilton sisters.

Night spots reported that he was paying USD$900 each for copious bottles of Cristal Champagne to treat his celebrity friends – the supply seemed limitless.

By 2010 when his pal Riza Aziz was embarking on a Hollywood career he was behind the glitziest ever launch party at Cannes for their new production company Red Granite Pictures.

What everyone was by now asking was where was the money coming from? 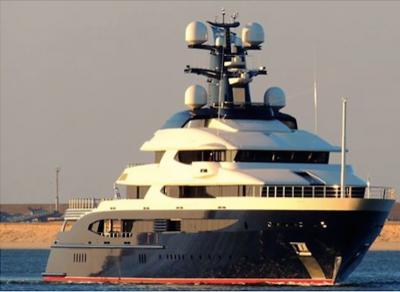 But the hangers on didn’t care.  Celebs for hire, like Paris Hilton, were scooping up a million dollars an appearance to party alongside Jho Low’s billionaire playboys in the South of France and on some of the world’s most expensive yachts.

However, like many a young man, Jho Low has learnt the hard way that money cannot necessarily buy love.

Few can have set themselves up for a bigger fall than Taek Jho Low, when he splashed out $2 million dollars on a marriage proposal for his heart throb the Taiwanese pop-star Elva Hsio in Abu Dhabi.

Parachuters dropped from the sky with gifts of jewels, and an orchestra poured from the surrounding garden at the Atlantis Hotel, while the Abu Dhabi night sky exploded in heart shaped fireworks, declaring that Jho loved Hsio.

It was all filmed and placed on You tube by a professional events company. But Elva turned him down!

Since then, Jho Low has continued partying with the likes of Paris Hilton in St. Tropez and during the latest world cup in his entire entourage and office moved over to Brazil to enjoy a non-stop party.

However, while the lavish style may impress a certain kind of investor and a certain kind of political ally, it has tended to go down like a lead balloon with the ordinary folk and voting public, who now know that their development money has become inextricably linked to the Jho Low party circuit.

In 2013, he flew out hip hop singer Swizz Beats, rapper Busta Rhymes for a concert in Penang for a pre-election concert.

He was also behind the booking of Psy. It is well known that these events back-fired on the friendly politician he was seeking to promote, Najib Razak.

Other friends in the music business include Alicia Keys and Usher who have also been photographed partying with the Malaysian tycoon. 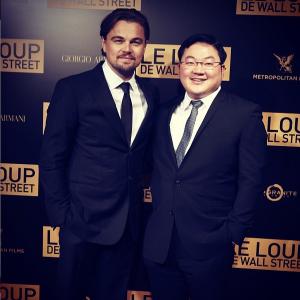 The film cast another of Jho Low’s close friends Leonardo Dicaprio, who had also joined the trip with Paris Hilton to South Africa in 2010. Jho Low was invited to Leo’s lavish birthday celebration in 2014.

Jho Low was also prominent at the launch party for the film, posing next to Riza and Leonardo and even received a special thank you in the film credits, leading to speculation as to who really financed the film.

When Sarawak Report first asked about the sources of Riza Aziz’s enormous funds  libel threats were issued by the Hollywood lawyers Loeb & Loeb, threatening immediate action unless the posts were removed.

The posts were neither removed nor amended and months later the threats have not been carried out. 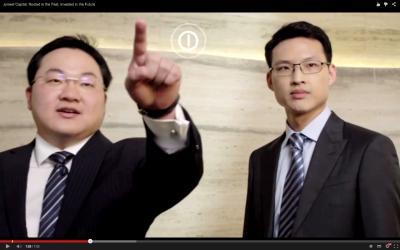 According to Jho Low, he set up Wynton Private Equity Group with school friends in 2002, using an initial start up of USD$25million.

However, its actual activities have been low key.  As of 2010, Wynton’s investments stood at USD$1billion with offices in Malaysia, Singapore and the British Virgin Islands.

However, it was Wynton that Jho Low was operating out of when he became involved in the 1MDB PetroSaudi Joint Venture, as email addresses in the correspondence by him and his colleagues indicate. 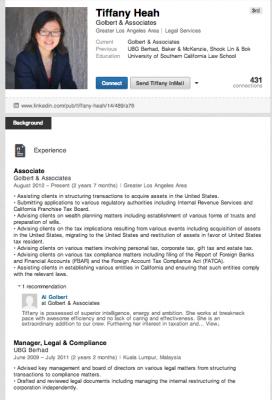 Lawyer Tiffany Heah emailed from Wynton, but she was also working at UBG bank, according to her LinkedIn profile.

Last year, thanks to court documents, Sarawak Report was able to demonstrate that in January 2011, 1MDB submitted a letter on behalf of Jho Low and The Wynton Group pledging to back another joint venture to buy out the prestigious Maybourne hotel group, which includes the leading London hotels Claridge’s, the Connaught and The Berkeley.

That pledge backed Wynton to the tune of a final offer of £1.28 billion.

However, according to the judge it was clear that the British businessmen selling the shares were not convinced by Mr Low or the reliability of the Malaysian Government’s support . As he put it “these [offers] were not at the time taken seriously by most of the shareholders’

Justice David Richards detailed in his judgement on a related case how as part of his bid Jho Low purchased debt in the hands of Ireland’s National Asset Management Agency (“NAMA”), which had been taken over from a distressed property tycoon Derek Quinlan. 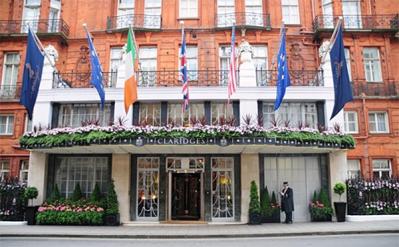 Tellingly, Irish press reports made no mention of Jho Low in this context, because the actual funder behind the purchase of this debt, according to the Irish Independent and other news outlets, was none other than Malaysia’s sovereign wealth fund One Malaysia Development Berhad (1MDB).

This debt purchase was an integral part of Jho Low’s private equity bid to take over the controlling shareholding of the Coroin Hotel group in London and the UK court judgement makes clear that he was the man who fronted the approach to NAMA and who had purchased the shares through a company associated with the Wynton Group called JQ2. 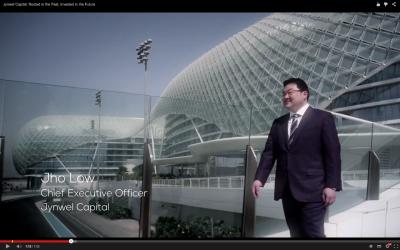 Jho Low is filmed from the air on the phone in the Caribbean; being chauffeur-driven in a Rolls Royce; shaking hands through vast plate glass windows and on balconies over-looking Central Park New York.

This is the image that the young Penang born financier promotes in his motion picture quality corporate video for Jynwel Capital his latest venture, where he makes much of his famous connections, both in Hollywood and the Middle East (particularly Abu Dhabi), allegedly started through networking as a Harrow schoolboy and at Wharton Business School in the US.

These days, Jho Low likes to paint himself as a professional businessman with assets strewn across the globe. 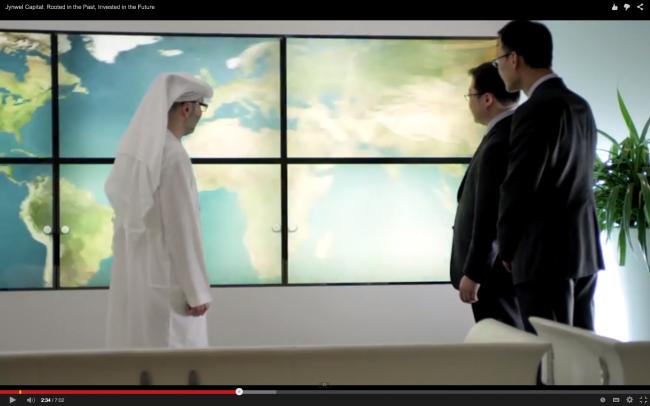 Going global with his Arab connections? But is it also 1MDB money?

In 2012, Jynwel Capital was part of an investor group led by Sony which acquired EMI Publishing for USD$2.2billion.

In November of that year he also spent USD$2.3 billion in buying out the oil company Coastal Energy from the jailed Houston oilman Oscar Wyatt. 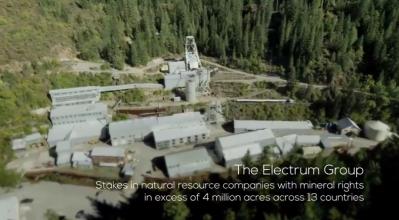 Jynwel has a 20% stake in the Electrum Group

In May 2014, Jho Low set his eyes on investing in gold as well, when Jynwel brought a 20% stake in mining conglomerate the Electrum Group and in October 2014, media reported that Jynwel Capital and funds affiliated with the government of Abu Dhabi had contacted Adidas AG’s Board offering to buy sports brand Reebok, which is worth  USD$2.2billion.

But it is Jho Low’s much vaunted contacts with the movers and shakers in the Middle East that have raised most eye-brows where 1MDB and Malaysia are concerned. 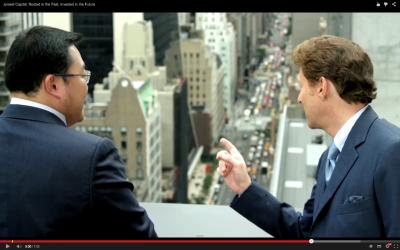 The development fund has moved on from its early investments to become involved in a series of tie ups with Middle Eastern lenders and investors, each one appearing to be more wasteful and expensive than the last.

Two multi-billion Goldman Sachs bond issues, where the commissions appear to have been at a level of at least ten times the going rate of interest and provided the bank with record profits in the Far East were particularly notable.

What is known is that Aabar Investments, the Abu Dhabi fund which has been prominent in some of 1MDB’s subsequent ventures also tied in with Jho Low on his 1MDB backed attempt to buy the London Hotel Group. 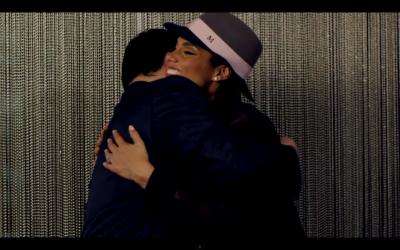 Introducing American celebrities to Eastern capital… but what happened to Malaysia’s development money?

The CEO of Aabar was also finally cited by Riza Aziz as being the man behind the USD$100 million financing of the Red Granite Wolf of Wall Street production.  The announcement came after months of resisting to name their backer and to deny it was Jho Low.

In light of all the new evidence about his role in the PetroSaudi ventures, Malaysians will now be entitled to ask whether Jho Low was as meddlesome in some of these later Middle Eastern joint ventures and whether that might not also account for what seem to be equally strange disappearances of inadequately accounted for sums of cash. 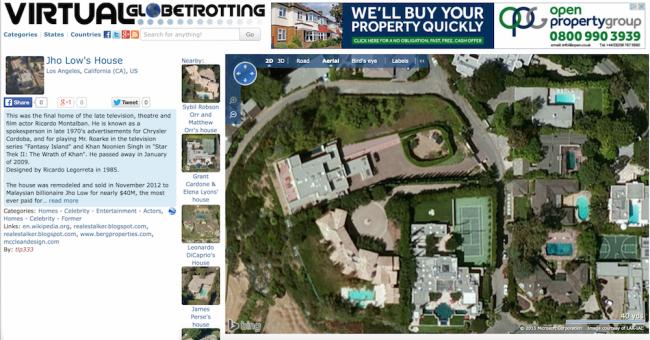 Research by Sarawak Report indicates that in 2012 Jho Low purchased the most expensive ever mansion in Hollywood Hills at 1423 Oriole Drive, for just under USD$39million