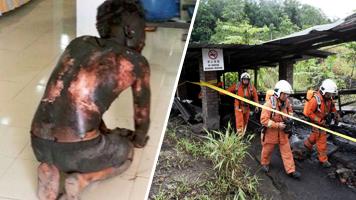 Injured workers are being treated at Sarawak General Hospital

When a tragic accident hits the news, such as the shocking explosion that caused injury and death to miners in Selantik this weekend, it is normal for the name of the company concerned to be reported.

But, there has been a strange silence on this matter in Sarawak’s news.

What we did learn, of course, was that all the workers, including those killed, are foreigners.

There are zero jobs for local people in this enterprise, which is extracting the wealth from under their feet.

Deputy Home Minister Wan Junaidi Jaafar has helpfully provided his explanation for this matter, saying that it was because the mainly North Korean workers are more ‘brave’ than locals! 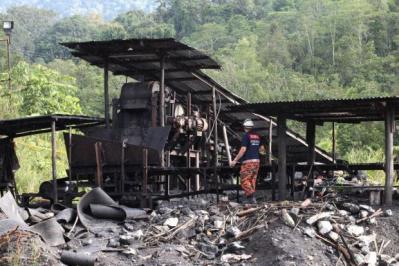 He  informed journalists that North Koreans can work legally under a special agreement between Pyongyang and the Sarawak authorities.

It makes Sarawak one of the few states in the world willing to exploit the desperation of North Koreans, while at the same time insulting its local people.

But, why do these miners need to be so incredibly brave?

Are the safety conditions in Sarawak’s mines more treacherous than those in tens of thousands of other mines across the world where local people find employment?

Reporting after the initial investigation into the incident, the Institute of Engineers implied that there are indeed several potential safety concerns. In particular it has raised questions about the adequacy of the ventilation systems in the mine.

Opposition Batu Lintang Assemblyman, See Chee How has rightly demanded an full enquiry into how this and other mines are run in the state, given that a faulty fan appears to be the cause of the disaster. 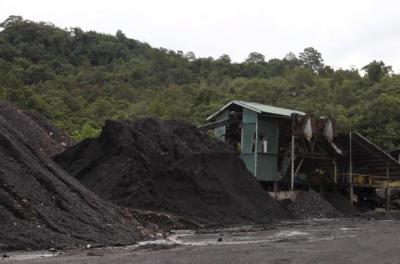 4 foreign workers have died so far, 30 others injured, of which 20 are said to be critical.

A key question in any such enquiry must surely be how qualified are the people, who were granted this key public concession, for a hugely technical and potentially very dangerous mining operation?

Did Sarawak’s Planning & Resources Minister of the time make sure that an experienced  company with a sound track record received the tender?

Did the same Taib Mahmud, who was also Chief Minister and Finance Minister, further ensure that the company concerned would be delivering an excellent financial return to the state, which could be ploughed into the health, wellbeing and progress particularly of the poor native communities living in the area of the mine?

After all, this is a public resource and there could be no other acceptable reason for opening such a mine.

Or, did the current Governor merely ‘negotiate’ a private tender with a bunch of cronies, who hadn’t a single clue how to run a coal mine and just sub-contracted the business to a succession of ruthless operators, who have recruited a bunch of cheap workers from abroad?

Well, it turns out that the owners of this disaster mine are none other than Luckyhill Mining Sdn Bhd, a company that experienced a similar explosion back in 2012, when four Chinese workers lost their lives. 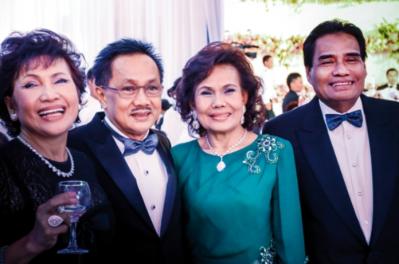 Similar calls by the Sarawak opposition party two years ago for a thorough investigation into that earlier fatal incident and the need for environmental and social impact assessments to be conducted were simply ignored by the authorities.

If they had taken place then maybe these latest fatalities could have been avoided.

That is not all that has been swept under the carpet when it comes to Luckyhill.

The wide and long-running dissatisfaction of the local people with this mining on their territory also finally came to light after the explosion in 2012. 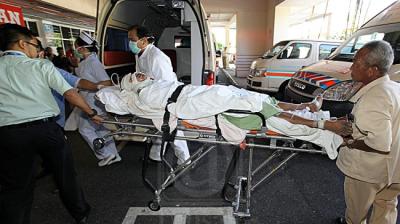 They told reporters how they have been complaining for years about Luckyhill and other mines in Selantik, also owned by the same concern

According to numerous complaints, the sloppy management of this lucrative enterprise has caused destruction, disruption and serious pollution to the lives of the local people and it has poisoned the water sources of thousands downstream.

This is how the problems were reported in the press at the time:

“Natives affected by the coal mining activities in Abok, some 60km from Sri Aman, have once again appealed to the government to halt this activity which they claimed had wrecked havoc on their land and turned Sungai Sanjau into a dead river.

Jacob Imang, 73, of Kampung Abok, Pantu, told a press conference here yesterday that most of the native customary rights (NCR) land belonging to 18 Iban settlements in Abok, Selantik and Sungai Tenggang areas was unfit for cultivation due to five heavy coal mining operations in their areas.

In addition, their main water source — Sungai Sanjau — is now a dead river.

“The nearly 30 years of coal mining operations there has greatly affected the ecosystem. If you go to Abok today, you will see that all the land is useless.

“In addition, I was never compensated by the mining company despite the fact that half of my land has already been bulldozed off for mining activity purposes,” alleged Jacob, a farmer.[Borneo Post]

Jacob Imang, who told reporters that locals lives have been destroyed by this alien mine

Just as typical is that no notice whatsoever has been taken of the complaints of these poor locals.

No surprise when it comes to the shareholders!

Because, make no bones about it, coal mining is very lucrative indeed – especially if you don’t have to worry much about safety measures, paying workers adequate wages or pensions or indeed any form of genuine compensation if they are killed or injured.

Is anyone surprised to learn, therefore, that the shareholders and directors in this mine are a combination of Taib family members, Taib political hangers on and one of his key crony families the Wongs of WTK? 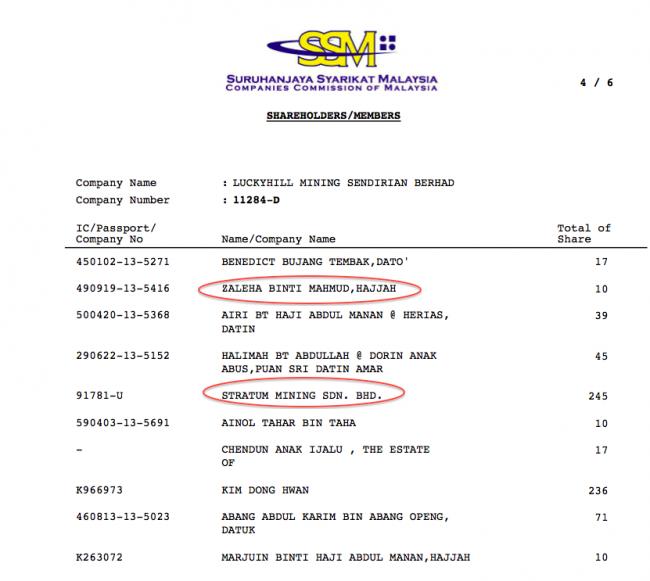 The above shareholders provide a roll call of Taib family political hangers on and the Wong family, who own the logging concern WTK, key cronies of Taib. The top director of the company is the former chief of the state police! 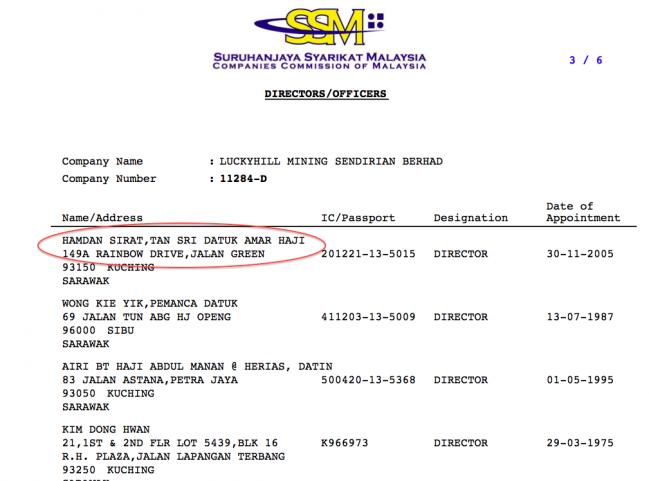 Ex-Chief of Police is running Sarawak’s major coal mine

What do they know about running a safe coal mine? 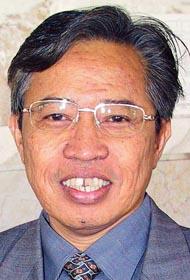 Family members of Abang Johari are shareholders of Luckyhill Mining

As for the major shareholder Stratum Mining, it is owned by the Wong family of WTK!

Sarawak Report has previously exposed the close links between the Taib family and WTK including the fact that Taib’s daughter Jamilah has substantial shares in the company.

This latest coal explosion adds to a growing list of human rights and environmental concerns linked to the Wong family’s global ventures, detailed on this site.

Sadly, no one in Sarawak will be surprised by the inappropriate nature of this ownership.

After all, the idea that a state concession for a mine should be managed for the public good with a proper tender to gain maximum income for the state and proper consultation and consideration of the local people affected would have been anathema to this BN government, which is run for the Taib/Satem family and business clique – for the Taib/Satem family and business clique. 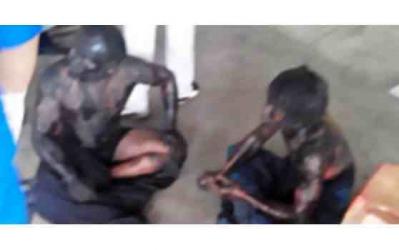 The ‘lucky ones’ who survived the latest Luckyhill mining debacle

They prefer to treat Sarawak as if a handful of politically connected families were the owners of the entire place.

That is of course why they don’t even employ the local people.

Because, they don’t want to even consider the possibility that they too have rights over the coal in Selantik.

Even though, in truth, it is the public and the native land owners who hold the actual rights and the politicians and their family hangers-on have no legal rights at all.

Who wins the profits from this public resource? 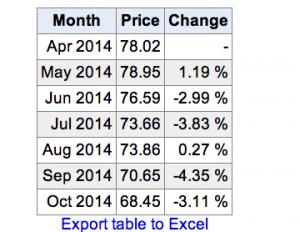 True price of coal per ton – not reflected in the royalties, of course

See Chee How has made another key complaint about the management by BN’s family regime of Sarawak’s valuable coal resources.

Because, the money is being siphoned straight out to foreign bank accounts, just as it was with timber, oil palm concessions and the like.

The figures are there in black and white, explains the Kuching representative.

That makes RM7.3 per ton in royalty to the people of Sarawak.

Yet, Sarawak Report has ascertained that coal is currently trading at around USD$78 a single ton in regional markets – RM260 per ton! 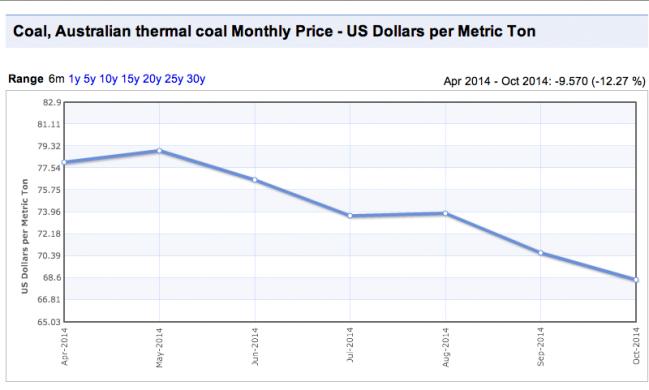 The true value of coal

This means that the State of Sarawak is  realising a mere RM7.3 a ton for coal, which can then be sold for over RM250 per ton. 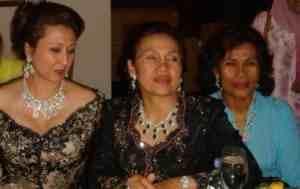 Jamilah (left) and Zaleha (right) are both shareholders, even though Taib promises his family “do no business in Sarawak”

After all, he likes nothing better than to be flattered with the praise that he is Sarawak’s ‘Great CEO’!

Imagine if he had negotiated to retain 1/3 of the wholesale price of the coal for the state.  This would have netted the public purse RM261million – forty times as much.

If he had achieved a 50% royalty it would have been RM500million for public projects.

So, where has that profit disappeared instead?

Did it go to the workers?  Was it spent on health and safety measures?  Did it go to locals in compensation for the pollution of their lands and water?

Or did it go to the shareholders?

We know the answer, because Taib was never the CEO of Sarawak.

He is the CEO of the Taib family enterprise, who have stolen the lands of Sarawak to make themselves one of the richest families of the world, while the rest of the people suffer from their greed.

For these many reasons, if anyone is to take Adenan’s recent calls for reform seriously then he should start by naming and shaming WTK and the family of his predecessor Taib Mahmud, who are the owners of this mine.

It was WTK, after all, that signed his integrity pledge promising to tackle bribery and corruption just last week. 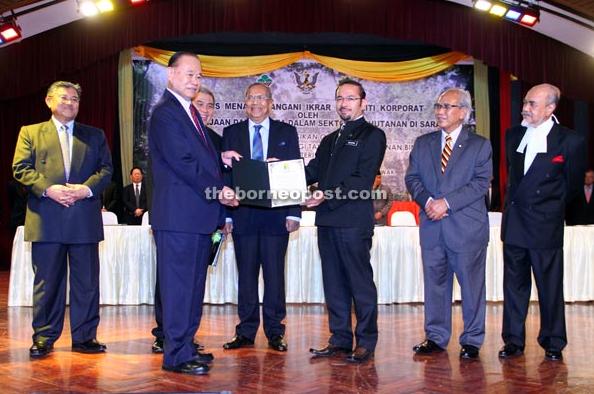