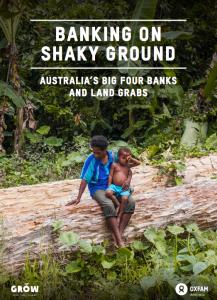 A new report by the global NGO OXFAM has identified the Sarawak crony logging company WTK as one of the main land-grabbing companies illegally destroying the rain forests of Papua New Guinea and stealing the lands and livelihoods of the native people.

The report specifically attacks Australian banks which have been willing to turn a blind eye to the law breaking and environmentally devastating activities of rogue companies such as WTK by lending them money.

This not only breaks the codes of conduct that such banks are always fond of boasting to their customers about, they break the law.

Banks are bound by duties of due diligence to make sure they are not funding or supporting unlawful or corrupt behaviour or the money laundering of illegal profits.

Yet time and again, the world over, global financial institutions are ignoring these duties and turning a blind eye to the exploitation of vulnerable people and world heritage environments like Papua New Guinea by crook companies such as WTK.

How Sarawak’s logging companies have become a world menace 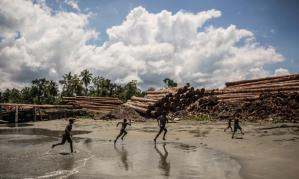 WTK has been slammed for causing detrimental impacts on the Turubu community in PNG’s East Sepik provence.

WTK is just one of the Taib connected crony logging companies that made their money out of destroying Sarawak and are now expanding their operations throughout the remaining tropical timber areas of the world.

These highly vulnerable areas with largely defenceless populations are under assault from Malaysian logging and plantation concerns from Indonesia to the Congo and the Amazon.

Made rich from the rape of Sarawak they are taking their same corrupt business methods to these regions and using their huge funds to bribe and bully their way into concessions, most of which turn out to be bogus and illegal.

A company controlled by Taib’s cousin, Ta Ann boss Hamed Sepawi, grasped nearly a quarter of the largest remaining area of the Liberian rainforest before his activities were exposed and he was chucked out by Presidential decree. Sepawi has also been involved in some highly controversial dealings in Tasmania, which has made his company the single driving force behind the destruction of the island’s remaining wild forests. 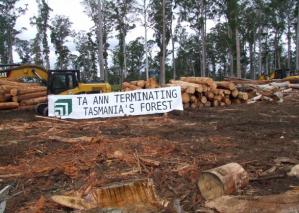 Likewise, Samling have been operating illegally in Guyana and one of the Directors of Sarawak’s Asian Plantations, an American ex-driving instructor called Denis Melka, is currently pouring money into controversial and illegal deforestation in Peru.

Rimbunan Hijau is busy destroying Papua New Guinea as well and Malaysian companies are up to their neck in illegal deforestation and plantations in Kalimantan.

These are just a few examples and Sarawak Report plans to produce a global list of logging shame showing just how destructive the logging companies of Sarawak have become now that they have finished with destroying their home state and gone global.

Meanwhile, sitting like a spider at the centre of this web of global environmental devastation is the Godfather of Global Timber Corruption himself, Taib Mahmud.

This former Chief Minister was the man who made sure he got the lions share out of every destructive and greedy land grab that these companies enjoyed in their home state and he also made sure that he and his family members were granted shares in the companies concerned, so that as they go global he continues to reap the rewards. 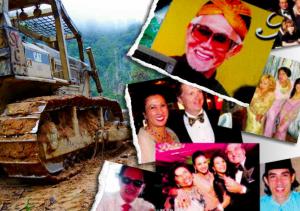 Former Chief Minister Taib Mahmud made sure he and his family members got the lions share of land grabs in Sarawak.

Take a look at the shareholders of WTK for example and see how Taib’s two daughters Jamilah and Hanifah (through their company Majaharta) own a healthy chunk of WTK.

Do we think that Canadian national Jamilah, who claims that none of her money is made out of exploiting her own homeland, really negotiated this ‘passive investment’ or do we think it had something to do with the deals and kickbacks arranged by her Dad.

The Oxfam Report “Banking On Shaky Ground” can be read here.