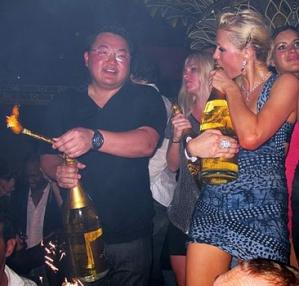 After years of denials, Sarawak Report has accessed documentary evidence showing the spendthrift tycoon, Taek Jho Low, has been enjoying a hands-on role in the management of the controversial public fund One Malaysia Development Berhad (1MDB).

The evidence further indicates that the huge sums that the young man has ostentatiously spent on record purchases of Cristal champagne; yacht hire; parties with film stars in Las Vegas; fleets of cadillacs; multi-million charity donations and the purchase of up-market apartments in the US originated from Malaysian public borrowing.

Low’s involvement with 1MDB has been over a prolonged period, according to the documents, which include email exchanges between Low and top managers of the fund relating to investment decisions.

As one source close to 1MDB summed up the situation:

“Jho Low controls 1MDB: they do what he says”

Sarawak Report has been made privy to a series of communications between leading managers of 1MDB and Low, which clearly support the claim of this insider.

The exchanges show that Low was copied into the details of investment decisions, along with a handful of senior 1MDB management figures and partners to major transactions.

Yet for years Low and the managers of 1MDB, which was set up under the auspices of the Prime Minister Najib Razak, have denied he has any involvement whatsoever. 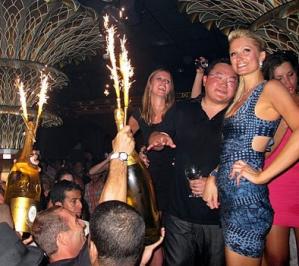 Seeking out new investments? Jho Low obtained sudden access to enormous funds to impress the world’s rich and famous in 2009.

The new evidence, accessed by Sarawak Report from sources close to 1MDB, exposes as untrue numerous protestations by Low and statements from 1MDB, all denying his involvement.

1MDB has utterly rejected the widespread speculation about the young tycoon’s links to the fund and his close personal ties with the Prime Minister of Malaysia, Najib Razak, his wife Rosmah and step son Riza Aziz.

In May, Low released a formal statement saying he had had no involvement whatsoever in 1MDB, beyond what he described as early ‘advice’ to the Prime Minister over the initial setting up of the Terengganu Investment fund, which was the fore-runner of 1MDB.

Low claimed he only gave this advice between Jan-mid May 2009 and has always indicated his contributions were voluntary and unpaid:

“Clarification regarding 1MDB: Mr. Low and/or any company in which Mr. Low wholly owns has never received any compensation or patronage directly from any entity wholly owned by the Government of Malaysia.

Mr. Low has never held any position in 1MDB or in the Malaysian government. Mr. Low was appointed as one of the many advisors invited by the stakeholders of Terengganu Investment Authority (TIA) to provide advice from Jan 2009 to mid-May 2009 given his market-based knowledge. Mr. Low has not been involved in TIA since mid-May 2009.“[Statement by Low’s PR company Edleman in May]

This is in spite of the fact that the documents and extensive emails seen by Sarawak Report were exchanged well after this stated period in early 2009.

1MDB has also continually echoed Low’s version of events, with CEO Shahrol Halmi on record claiming that Low’s involvement in the fund’s investment decisions was “zero”:

“The role of Jho Low as far as 1MDB is concerned is zero,” said 1MDB CEO Datuk Shahrol Halmi, denying that Low has received compensation for his previous role in the firm.

“I’ve heard talk that he is advising the government on Middle Eastern investors but it’s not true. What he does is help promote Malaysia to investors.” [statement by Shahrol Halmi]

However, Low was included extensively in 1MDB emails relating to such deals, according to the material accessed by Sarawak Report.

Now that it is evident that Jho Low, who describes himself as a ‘global investor’ and private equity expert, has played a pivotal role in the spending decisions by the fund, there arises an inevitable question as to why he would not have benefited from his involvement in these investment deals?

1MDB has embarked on a series of ventures that have now clocked up a massive total loan of RM38billion, all borrowed under the auspices of the Malaysian Government.

“He [Low] has made a fortune on these transactions” a close insider confirmed to Sarawak Report.

The source observed how such commissions would account for the young tycoon’s sudden ostentacious spending, which would otherwise appear largely inexplicable. Indeed, why would Low take on such a role for free? 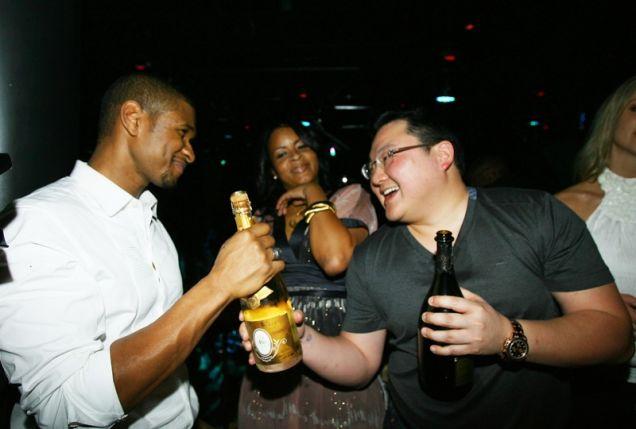 “Travels about town with his entourage in a fleet of Escalades. Spent $160,000 in one night at Avenue this September during Fashion Week. Routinely spends between $50,000 and $60,000 at Pink Elephant.
Bought Lindsay Lohan 23 bottles of Cristal at 1OAK when she was celebrating her 23rd birthday. Just celebrated his 28th year starting last Wednesday with a four-day bash at Ceasar’s Palace in Las Vegas. Megan Fox was flown out to Vegas to hang out with the birthday boy, who routinely surrounds himself with models. The hotel pool was surrounded by caged lions and tigers and filled with girls in bikinis. Later, at a nightclub, Low bought 120 bottles of Cristal for the revellers.” [New York Post 2009]

Low himself was forced to concede earlier this year that 1MDB did move in as a backer of his attempted buy out of the London Claridge’s Hotel group, after this blog pointed out that it has been recorded openly in court that the wealth fund had financially supported his bid.

However, in his statement Low sought to distance himself by claiming 1MDB had been brought in by Aabar investments, the Abu Dhabi wealth fund whose CEO has now been cited as the major funder of Najib’s step son Riza Aziz’s Hollywood production company Red Granite. 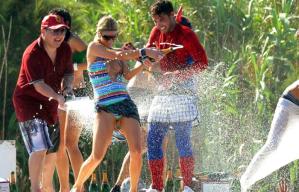 The close knit circle of connections in this web of personal and public enterprises is glaring for all to see.

Just a few days ago, the former Prime Minister, Mahathir Mohamad, himself criticised the enormous exposure of 1MDB, expressing concern that the Malaysian taxpayer is ultimately liable to repay the money, which was borrowed to fund ‘development’.

Sarawak Report understands that the former PM was prompted in this criticism after also being made privy to the material, accessed from an insider close to 1MDB’s investment activity. 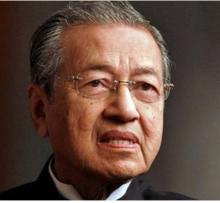 Criticism – Mahathir knows more than he is saying

Mahathir’s intervention reflected calls by opposition figures for far more openness and transparency over the management of the fund, which has had three separate sets of accountants since it was established in 2009.

Our new evidence over the deceit in denying the fun-loving tycoon’s involvement in the fund ought strengthen the calls to open up the fund to proper scrutiny.

Meanwhile, Malaysians are entitled to conclude that Low’s record levels of spending in various billionaire hotspots, including gargantuan orders of champagne at top nightclubs in New York and St Tropez and jamborees aboard some of the world’s most expensive yachts, has largely been paid for by them.