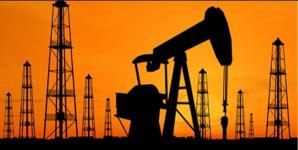 Taib handed Sarawak’s off-shore reserves to Petronas in 1974. Are the people to lose the benefits of the on-shore wealth as well?

The people of Sarawak face a theft of the utmost gravity and we urge them to take their future in their hands to save their oil and gas.

It has been barely mentioned in the local media that huge new reserves of both oil and gas are being discovered on land and within Sarawak’s waters, which are set to produce billions and billions of ringgit over the coming years.

Why such muted coverage of a discovery that should rightly deserve banner headlines and all day news?

These finds could provide the hope for the future for the people of Sarawak.

Used carefully and spent wisely and honestly, the profits could fund schools, roads, hospitals, housing and help save the beautiful environment across the state.

So why has none of this been spoken of in the BN controlled media, beyond a small mention about a boost to certain urban areas?  Why have their politicians remained so quiet? 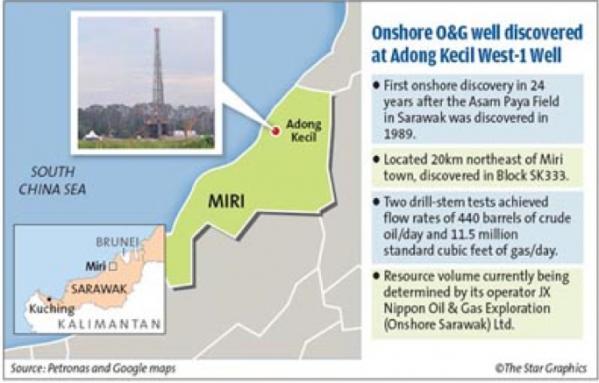 The answer is that secret deals are quietly being done to divide up the exploitation of these resources between Taib and his business cronies in Sarawak and BN’s Petronas over in Malaysia. 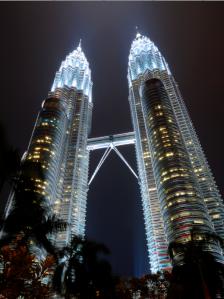 Both Taib and Petronas keep their accounts totally secret.  So, if these BN politicians are allowed to keep control of these vast reserves of wealth, no one will ever know how much money has been made or how it is being spent.

We urge the people of Sarawak to wake up and prevent this from happening.

Taib has already made himself the richest man in South East Asia by exploiting Sarawak’s timber.  He is cutting down the very last areas of jungle as the election approaches.

On top of this he has alienated huge areas of state and NCR lands for oil palm concessions, which he has handed over to his family, his proxies and his political and business cronies to make even more billions for himself.

And not content with the rape of Sarawak’s resources, he has lined his pockets further by diverting all the best state contracts and business monopolies into the hands of his own family companies and those of his client politicians and cronies.

This new discovery of oil is Sarawak’s last chance to generate wealth that could be used to improve the lives of the people instead of turning BN politicians into billionaires.

If Taib or whoever topples him gets their hands on the taps of Sarawak’s on-shore oil then this chance for Sarawak’s future will be lost forever.

The BN money-grabbing parasites will use that wealth to keep their grasp on on the state until they have finally sucked out the last drop of oil, timber, land and fish and left the place destroyed.

Taib’s record over the past 30 years in charge speaks for itself in this matter.  No one in Sarawak can possibly doubt the scenario we have painted if Taib or his BN henchmen are allowed to keep power.

Taib’s past record and present dealings with Federal BN/UMNO also point clearly to the plans that are under way. There may be minimal fuss in the papers about Sarawak’s new oil and gas finds, but be not mistaken, minds in BN’s top circles will be focused frantically on the opportunities and wealth that they represent.

Taib secured his vital backing from the Malaysian Federal Government way back in 1974, when as the Federal Primary Industries Minister he negotiated with his uncle, the then Chief Minister, for Sarawak to surrender all its off-shore oil and gas in the so-called Petrolium Act.

At that time it was believed that the on-shore oil reserves had been exhausted. 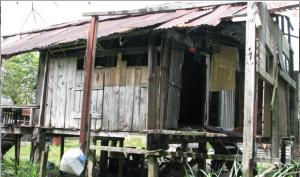 Where the money didn’t go – rural poverty in Sarawak

Even uncle Ya’kub had been shocked when Taib had shown willing to offer KL 100% of all the oil in return for leaving the State Government (i.e. the Mahmud family) control over all Sarawak’s timber resources and state lands.

So, Taib offered a concession by agreeing that Sarawak and Sabah could keep 5% of their own oil and gas, but that the rest should go to Petronas.

This surrender by Taib Mahmud of his own country’s most precious resource is what has made West Malaysia so immensely rich over the intervening decades.

It also secured Taib the trust and support of UMNO, who soon ensured his return to be Chief Minister of Sarawak and they have allowed him to do exactly what he likes in the State ever since. 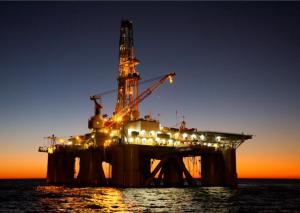 And just as Taib has never been held to account for his deeds in Sarawak, UMNO has likewise managed to remain totally unaccountable for all the wealth it has taken in oil.

Unbelievably, Malaysia operates a system whereby the only person who is allowed to review the Petronas accounts is the Prime Minister /Finance Minister himself.  They are kept completely secret from the rest of the world!

This has enabled the fat cats of UMNO to do exactly what they have wanted with this money, enriching the party, enriching themselves and sending vast sums of money illegally abroad, explaining why with its tiny population Malaysia is still Number 3 in the international league tables for illegal capital flight.

What is painfully evident is that very little indeed of this money has come back to help the poor people of Sarawak who were betrayed out of their most precious assets by their own Chief Minister.

Only this year the Federal Government has chopped the rural education budget by 85% on the excuse that education provision has been so “successful” in the state.  The people of Sarawak know better. 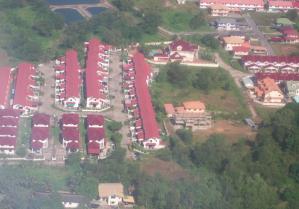 Better off in Brunei – public housing

The brutal cutbacks, which are so unfairly hitting East Malaysia hardest, are a sign of the growing economic problems facing UMNO as the off-shore oil has started to dwindle and BN’s waste and corruption has caused a growing deficit and economic crisis.

Despite the billions which have poured in from East Malaysia’s oil fields Malaysia is in debt and UMNO coffers are said to be bare!

Taib and Najib will have been thrilled therefore to discover this new opportunity to keep their party going and to enrich themselves even further from Sarawak’s resources.

Sarawak’s on-shore oil finds are being regarded as UMNO’s Godsend and Taib’s bonanza. The recent finds in Miri and Bintulu are believed by experts to be just the beginning of far greater further finds, according to the reports and promise huge wealth.

Yet both parties have been playing hush hush when it comes to telling the people, who are the real owners of this resource.

So, what has been happening with these finds so far?  As we have already reported, the small amounts of news that have been leaking out have proved that the whole venture is being carved up again between Taib Mahmud and Petronas.

Under the Petrolium Act Petronas has no right to any involvement in these two major finds on Sarawak’s own land mass.  It is for the State Government to issue any permits for drilling on shore.

Yet, it seems that not content with taking all the state’s off-shore oil, Petronas has done a cosy deal with Taib to get its hands on the on-shore oil as well.  It clearly suits both parties. 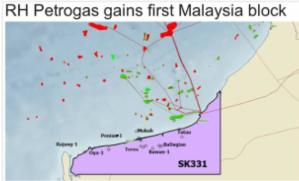 The new major field in Bintulu, as we have already reported, has been handed to Taib’s favoured proxy company Rimbunan Hijau (80%) and Petronas (20%) in a cosy carve up that leaves the people of Sarawak right out in the cold.

Rimbunan Hijau has already stolen much of Sarawak’s timber and has vast oil plantations, what good has that done for the people of Sarawak?

So now this business partner of Taib has also been handed this oil field what hope does that offer that the much promised “development” will come to the rural people?

Now the exploration in Miri region is also being master-minded and led by Petronas.  Where do we think the money will all go?

Under the law any assets in Sarawak should be a state matter, decided upon by the State.  But when was the debate in the State Parliament?  What decisions have been made and based on what tenders?  Why has Petronas once again been given a stake in this venture?

Why should all the money go to the BN sultans of KL and Kuching?

The people must act

Since it is clear as daylight that Taib and his partners in BN plan to steal Sarawak’s last asset, we urge the people of Sarawak not to be cheated for a third time of their resources by the same set of thieves.

Voters at the next election should only give their support to whoever pledges to take Sarawak’s oil wealth under the public control of the state and to manage it through a Transparent Trust administered openly and honestly on behalf of the people.

No more secret accounts, no more Petronas and no more BN theft!