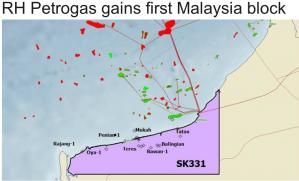 On-shore opportunity! – Malaysia has sucked out Sarawak’s off-shore oil and gas, but this on-shore wealth has been commandeered by Taib.

Almost exactly a year ago Sarawak Report alerted that Taib and his hand-in-glove timber crony Tiong Hiew King were moving in to lay hands on Sarawak’s oil and gas reserves.

Now the announcement has been confirmed!

RH Petrogas, which is owned by Tiong, has just snatched 80% of a joint venture with Petronas to exploit the onshore field SK 331 in Balingian,  covering an enormous 11,600 sq kms.

Local people who have suffered deforestation and oil palm can now look forward to the dreadful pollution caused by oil extraction on this land extension of the oil fields off Bintulu.

However, they should put little hope into benefitting from any of this relentless exploitation of the rich natural resources of their country.

On past record all the profit will go to Taib and his cronies. 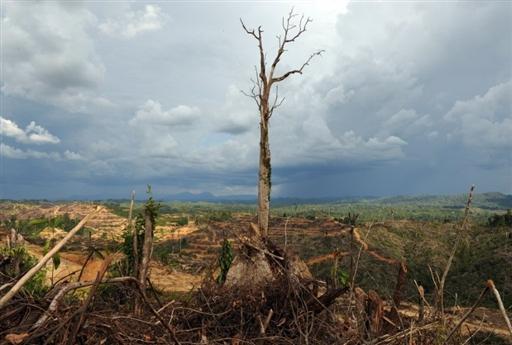 Devastation in Balingian – Taib’s own constituency 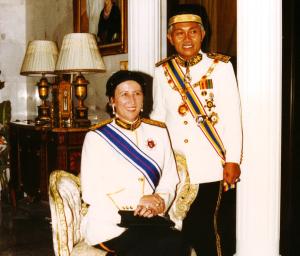 Earlier days – Taib considered it a good swap, signing away Sarawak’s oil wealth in return for a free hand with timber. But, in 30 years he had chopped down all the trees!

Back in the 1980s the newly empowered Chief Minister, Taib Mahmud, negotiated a key deal with Malaysia over Sarawak’s oil.

At first, he had been willing to agree to let the Federal Government take ALL of Sarawak’s oil revenues, as long as he could hold sway over the handing out of timber and plantation licences!

Later, responding to outrage amongst his own supporters, he came back and insisted that Sarawak get a miserable 5% of the revenue from its own oil and gas.

But, at that time he clearly reckoned that the wealth he could get from a free hand over timber and land was enough for his personal needs and so was willing to barter away billions that could have transformed the lives of his people.

Look at how comfortably people live in Brunei (below) by comparison to Sarawak. 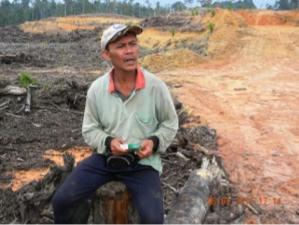 Left with nothing – his lands stripped bare. A Balingian constituent of Taib.

Meanwhile, West Malaysia’s wealth and reputation as one of the “Asian Tiger Economies” relies almost entirely on this successful raid on Sarawak and Sabah’s most valuable natural resource.

Taib got a big pat on the back from Mahatir in return and a free hand to grab what he liked from his people in the way of land and timber.

So, as Malaysians have got more and more comfortable siphoning away Sarawak’s oil wealth, the Dayak people have got poorer and poorer.

The two East Malaysian states, which are by far the richest in resources and which did not form part of Malaysia until 1963, now have most of its poorest people.

Taib Mahmud is not one of them, however. Taib is one of the richest men in South East Asia.  If he is to be known as the “CEO of Sarawak”, then it is because he is one of those CEOs that cheats the shareholders!

Of the handful of cronies on whom Taib has relied to exploit his opportunities in Sarawak, Tiong Hiew King has been one of the most significant for many years.

Tiong’s Rimbunan Hijau first benefitted from vast timber concessions, as one of a handful of favoured companies working with the Taib family

Rimbunan Hijau and its subsidiaries then moved into picking up huge oil palm plantations dished out by Taib.  These were often sold through Taib’s own brothers and sisters, to make sure these family members made several million as well from the transactions in the process (the sort of favour that keeps corrupted Chief Ministers sweet).

In the meantime, Rimbunan Hijau has gone on to become one of the most notorious timber companies in the world, tearing into Papua New Guinea, the Solomon Islands and elsewhere.  Tiong is now using his enormous resulting wealth to start buying into oil fields in the region.

So, in many ways it is little surprise that it was RH Petrogas who became touted as a key contender when Taib’s opportunity to make money out of oil concessions emerged at last! 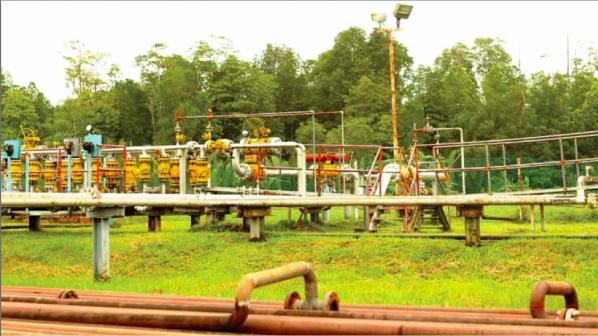 However, industry experts point out that the handing of such a massive concession to a small Malaysian new-comer to the oil business is actually a complete departure from Petronas’s usual way of doing things.

Till now only major and experienced multi-national companies have been taken on for such contracts, whereas RH Petrogas is a relatively tiny and inexperienced concern with a market capital of SD$276million.  And far from being a thriving public company it is largely owned by just one man.

So, the influence of the Taib way of doing things is plain and it has come about because at last the Chief Minister is finding a way around his deal with Malaysia back in the 1980s.

The new opportunity for Taib to control oil concessions comes from the discovery of onshore as opposed to offshore reserves.  Under the agreement, Taib holds a controlling veto over anything that is contained in the land shelf of Sarawak’s state (for as long as he is Chief Minister that is).

It has been widely commented that Tiong recently hired a former executive from Petronas, who had past access to vital information about oil reserves, providing just the sort of insider deal bound to attract Taib. RH Petrogas’s financial statements make clear that the company’s largest shareholder, Tiong himself, has put up huge sums of his own money to invest in the purchase of oil fields. 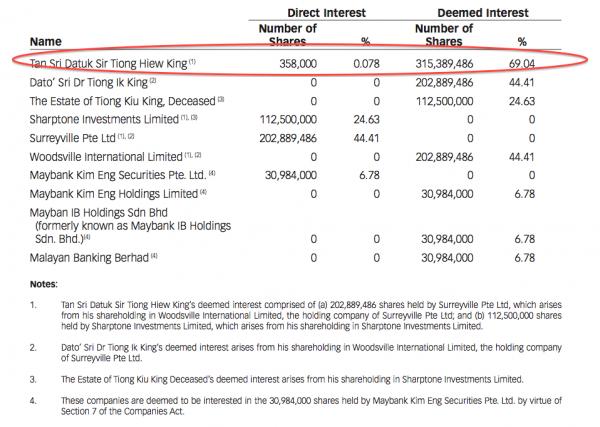 “Public company” in Singapore. But Tiong and his family own most of the shares and most of RH subsidiaries are based in the off-shore British Virgin Islands

What consultation in ‘democratic’ Sarawak?

So, although it is little surprise that with Taib as a key party to the negotiations, his close crony Tiong managed to come up with the lion share of the concession, the people of Sarawak are entitled to ask what profits have gone to Taib and his family as a result and, in particular, how many of the hidden shares handled by nominees in RH Petrogas have gone to Taib and his family? 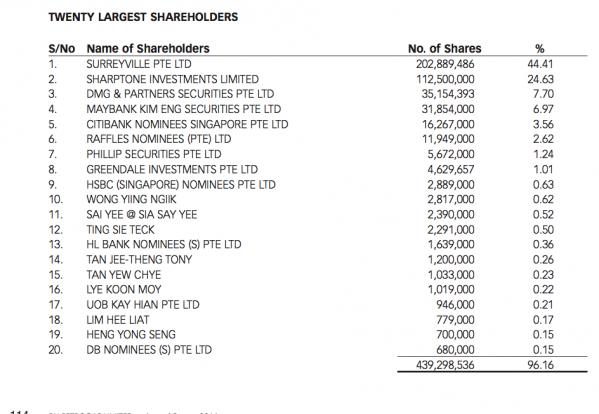 So many mystery shareholders. In the past Taib family members have been prominent shareholders in Jaya Tiasa and other Rimbunan Hijau concerns.

Most importantly, there are questions as to what public consultation, tendering and public information has gone into this disposal of this enormous key asset by the Sarawak State?

What has been debated in the DUN or discussed by the State Government in this so-called democracy? 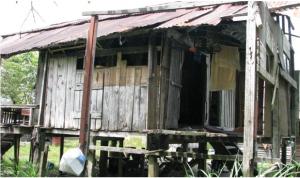 It turns out there has been no information at all.  The announcement made yesterday in the business press has not even yet been taken up by outfits such as the Borneo Post and there has been not a word about the planned parcelling out of Balingian’s first major oil field in any of the press anywhere. Nor has it been debated in the political arena.

So, did the State of Sarawak get a good deal out of this concession, enabling the hard-pressed public to expect some benefit in these hard times?  Did Taib conduct a proper and honest open tender, so that we can all know how much Mr Tiong paid the people of Sarawak?

Readers of Sarawak Report and indeed anyone who has suffered the past 30 years of Taib Mahmud’s corrupted government will know the answer.

Yet another of the rich assets of the Land of the Hornbills has been snatched by its White Haired Rajah and his greedy associates. 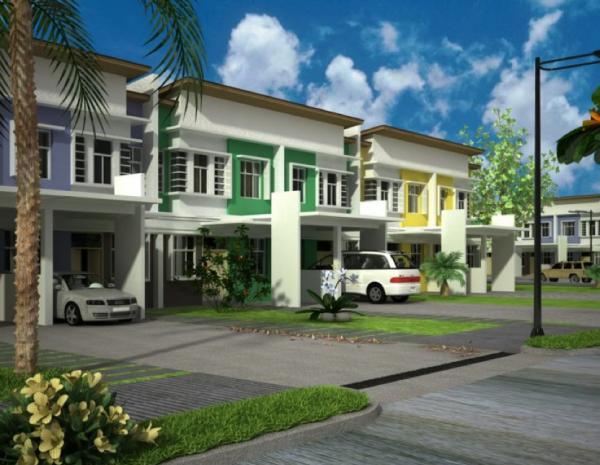 Part of a mass-housing project in Brunei, where the state has used much of its oil wealth to improve the lives of the poorer people.   No such luck in Sarawak.