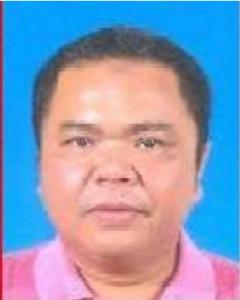 Radin Kadri Radin Budiman has done extremely well out of being a loyal BN ‘youth’ leader it seems, although at 47 years old he is plainly no spring chicken.

He has become known as a vocal spokesman, who claims to speak for Sarawak’s youth, yet he sounds remarkably like a government mouthpiece.

Likewise, although the swaggering PBB member has taken centre stage in condemning “traitors” to the party, it turns out that he himself stands accused of being at the heart of a high level conspiracy to topple Taib, according to a dossier released by some of the Chief Minister’s family members.

Radin’s pivotal role comes with his organisation of the so-called ‘Blue Wave’ of PBB supporters, who are supposedly being paid to line up behind his youth wing and to come out in support of the planned take over by Second Planning, Resources and Environment Minister, Awang Tengah.

According to our sources, Radin has reportedly been given millions of ringgit to recruit thousands of the blue uniformed marchers to give the plotters a show of strength when the time comes. Their presence and their thuggish military style is causing considerable concern among certain ruling circles. 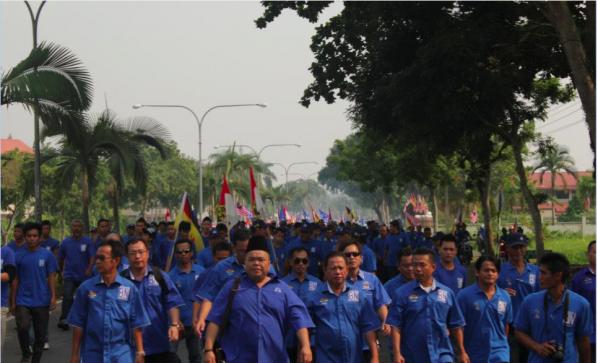 How Radin feathers his own nest

Meanwhile, we can reveal how this particular BN fat cat has made himself rich over the past several years, using a method that is typical of how the families and hangers-on around Taib have sponged off the state and the people.

Radin is married to a relative of the former BN politician and Taib crony Effendi Norwawi, who became Federal Agriculture Minister in 1999. 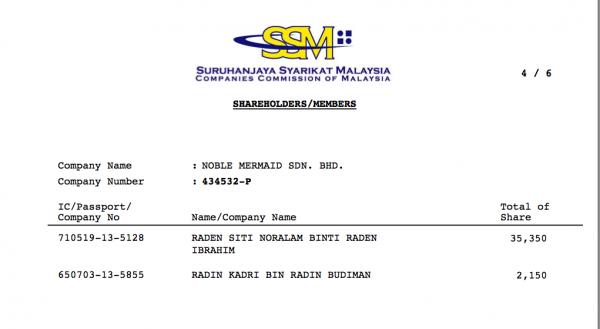 Mrs Radin is the owner along with her husband of a very lucrative business – because Noble Mermaid has acquired no less than 40 deep sea fishing trawler permits free from the state!

The value of these permits, which our sources say were given out for free by the BN government, are very great indeed.  All Mr and Mrs Radin have to do is charge somebody else to use them. According to our souces:

It is no surprise therefore that Mr Radin, who clearly does operate some of the permits himself, has become the well-rounded figure that he is.  Remember, this two and a half million ringgit is being extracted from genuine fishing businesses, who have not had the BN connections to bid for these permits directly. 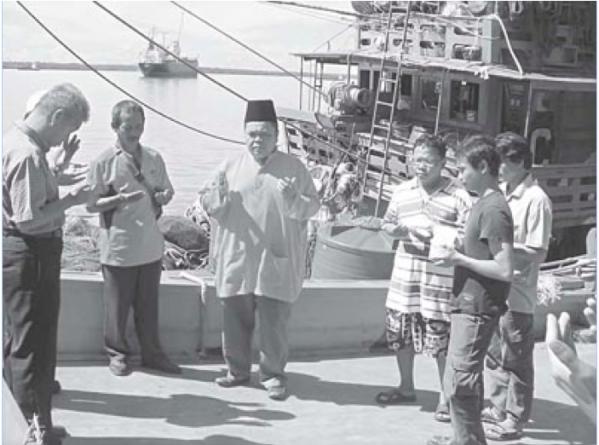 Radin at the port with his fishermen

It is not only the fishermen who are being squeezed to fund Radin, but taxpayers also are losing out on a good income from the permits, which has gone to Radin instead in an arrangement that is typical of BN’s parasitic regime. 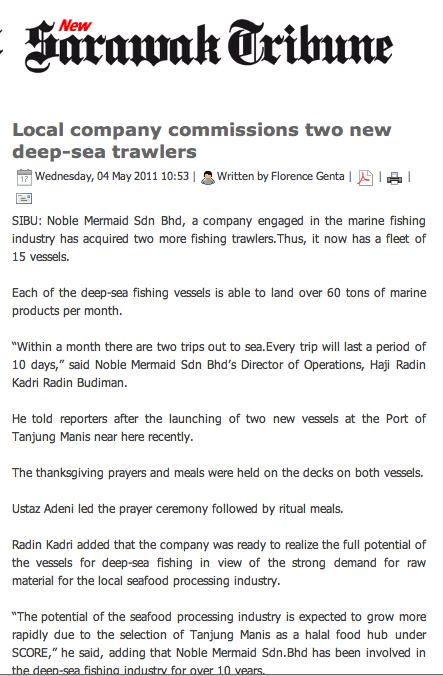 Radin does operate 15 of his own permits according to the Sarawak Tribune, the paper owned and run by the Taib family.

Although unfortunately these do not provide many jobs for Sarawakians either:

“It is our goal to hire a fully local workforce.However, because the locals are still lacking in terms of expertise and not used to the tough working environment, we have to take in workers from Thailand and Vietnam for a while,” he [Radin] said”.[Sarawak Tribune]

It is perhaps no surprise to see the company promoted in the Tribune.

Both men are associated with Tengah, say their accusers and Radin is believed to have been developing political ambitions and plans to inherit the Nangka seat in the event of a successful Tengah take over of PBB. 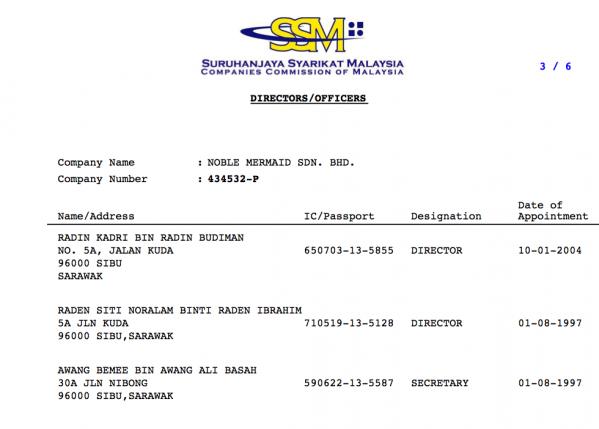 Nice side line for an Assemblyman? Awang Bemee was and still is Secretary to the fishing permit holding Noble Mermaid Sdn Bhd

Today Awang Tengah and his supporters have hit the media stating that the reports of the conspiracy are not true. To substantiate his protests of innocence he spoke slavishly of his boss Taib Mahmud and claimed that he himself is a man without ambition:

“I am always with and committed to our beloved Chief Minister through thick and thin. I am one of those people who want the Chief Minister to continue to lead the party, the state and the government and my colleagues in the party know this as a fact.

“I am not ambitious or crazy for position either in the party or government. In my political life I never lobby for position I just want to devote myself to giving my contribution and service to our beloved people, party and the state,” explained the mega-rich Tengah, who has managed to position himself as Taib’s chief henchman as Second Planning, Resources and Environment Minister in the State. 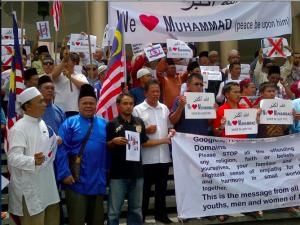 All the right causes – BN stalwart

If his sentiments are true, then he must live with the fact that there are those in his party who do not believe him and who think that Tengah has waited for 20 years and can see the obvious and irreversible fact that Taib will not continue to lead the party and that his chance has arrived.   So can everybody else.

It is a mistake of Tengah and his allies to also claim that BN is united.  This is because everyone in the world can see that BN is no longer united.

In fact their top dogs have been squabbling for months and their key parties are all falling apart.  The Chief Minister seems no longer to be pulling the chain.

So if Tengah and his supporters want us to believe they are not manoeuvring to take over, they should not say in the same breath that BN are united!

BN and Tengah should perhaps consider whether they are not fighting the wrong battle.  While BN’s bigwigs fight to take control of PBB the people of Sarawak seem to be looking for change and a different set of parties to run the government altogether!