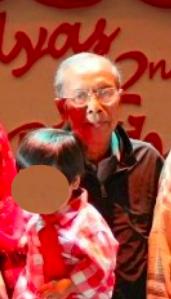 Failing – Adenan Satem is said to be a shadow of his former self. But why are his family blaming BN rivals for his ill health?

Sarawak Report has been made privy to extraordinary accusations of betrayal and ‘black magic’ from deep inside Taib Mahmud’s family-run regime, as deadly rivals square up to succeed the failing Chief Minister.

Allies of brother-in-law, Adenan Satem, who is fighting a fatal heart disease, have confided that they believe his condition is the work of political rivals!

Meanwhile, the carefully constructed BN coalition, which previously dominated each and every federal seat in Sarawak, has started to publicly implode just on the eve of a general election.

Once it was the opposition who were divided, but now we see rival BN parties fighting for the same seats!

Likewise, across the border, the chaos in Sarawak is matched by dismay and defections from UMNO in Sabah.

Here the Chief Minister, Musa Aman, has been discovered red-handed with tens of millions of dollars in backhanders in proxy accounts (we have the bank statements to prove it, backed by testimony from the Swiss bank UBS).

His UMNO allies have refused to prosecute and have lost further credibility as a result.

And the more the picture widens for BN the worse it gets!  There is even talk of ‘Black Magic’ in the Prime Minister’s very own circles, as UMNO party dissidents gossip and criticise the hold of greedy and powerful Rosmah Mansor over her husband, Najib Razak. 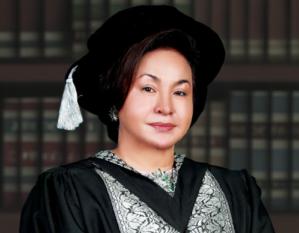 Unwelcome ambition – the vanity of Rosmah Mansor has become the target not just of the opposition, but of Najib’s most dangerous enemies, who are in his own party.

Yet black magic appears a paltry concern in comparison to the toxic revelations still pouring out about the murder of the model Altantuya and her links to Najib and his Scorpene submarine deals.

The talk in UMNO is no longer focused where it should be, on winning the election.  It is focused only on when Najib’s pushy deputy, Muyhiddin (backed by the dictator behind the throne, Mahathir) will strike.

Will it be before or straight after the election? That is all that insiders are asking at the moment!

What kind of a New Year does such a state of affairs portend and is it any way for a ruling party of more than 50 years to convince voters they are still fit to govern? 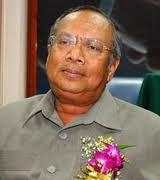 Before illness struck. Adenan Satem was a preferred successor to Taib among many who fear the ‘thuggish’ Awang Tengah.

Relatives have been told he has a 50/50 chance of survival from this disease, but we have learnt that many of his closest family are refusing to believe his condition stems from natural causes.

They are clearly dismayed that this once favoured contender to succeed Taib has been edged out of the picture, just as insiders are starting to accept that the old dictator must be removed shortly from his post.

So instead they are blaming ‘Siamese Black Magic’ employed by political rivals!

“He needs to do a heart transplant in Mount Elizabeth Hospital, Singapore. Chances for him to survive are 50/50. Many believe that he had heart disease because of natural sickness. But, in reality he was actually got serious illness because of xxxxxxx xxxxxxx’s magic. Many people in Sarawak know about it actually” [A close relative confiding to Sarawak Report]

More than anything such suspicions are a symptom of the decay of Taib Mahmud’s control over his party and his followers’ fear of what may come next. 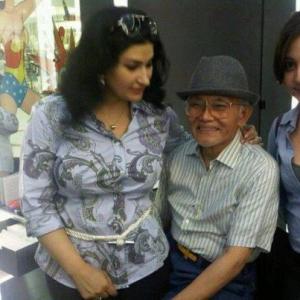 Taib and his dominant wife. Time for them to enjoy retirement – but how can he secure his billions from the hands of the law?

A brand new wife has done nothing to disguise Taib’s failing condition.

Indeed, Ragad’s dismissive public treatment of the diminutive old man has only emphasised the fact that his promise, first made way back in 1991, that he would shortly retire, has not yet been fulfilled.

How else to explain the extraordinary situation in the crucial Iban heartland seats of Julau, Selangau, Lubok Antu, Kanowit, Sri Aman and Ulu Rajang?

Scandal-torn James Masing, who has delivered these PRS seats in his role as Taib’s henchman over the last decade, is now facing head-on rivalry from the newly formed SWP, bankrolled by his own former BN ally Sng Chee Hua.

This means there are two BN parties fighting over the same seats, which are already being keenly targeted by the opposition.  In the old days it was the other way around with the opposition parties divided and just one united candidate for BN!

But, if Taib is doing nothing about the problem with PRS he is likewise failing to restore order over the chaos besetting another of his key BN coalition allies, SPDP.  This party, supposedly led by William Mawan is beginning to look like a mass of headless chickens. 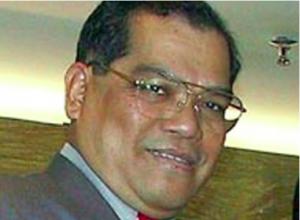 Mas Gading rebel from SPDP, Tiki Lafe, says he is still BN and Taib has failed to rule on this matter.

The rebel MP for Mas Gading, Tiki Lafe, has also set up another rival ‘BN club’ party having walked out of SPDP with a whole bunch of assemblymen and he clearly proposes to stay and fight the seat at the federal election.

Taib has done nothing visible to stop this fracturing.  So, will Mawan also contest Mas Gading, presenting two BN contenders for the same seat yet again?  It would seem very likely.

And again, yet another key Sarawak BN party SUPP is also showing itself to be every bit as poisonously divided.

SUPP’s former leader, the equally scandal-torn former DCM, George Chan, was already booted out by fed up voters at the past state election.  Yet his successor, Peter Chin, is now locked in dispute with remaining party stalwarts.

Last month, shortly after the Prime Minister himself pledged there would be no sackings from the party, Peter Chin duly sacked two key allies of the influential Sibu Chairman, Wong Soon Koh, with whom he has been squabbling.  As a result Soon Koh has accused Chin of insulting the Prime Minister.

Can neither Taib nor Najib control their warring followers?  If not, voters are going to look elsewhere.

‘Thug’ Tengah – is Sarawak heading into the crocodile’s mouth? 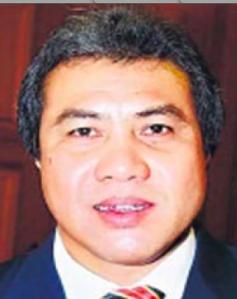 Thug? Awang Tengah is said to have muscled himself into poll position to succeed Taib having milked hundreds of millions out of his job as Planning Minister

Which brings us back to the rivalries between the would-be successors to Taib himself.  Currently, the man who is most feared and on the top of the heap is Awang Tengah, Assemblyman for Bukit Sari.

The old man had earlier rewarded Tengah’s apparent loyalty by giving him the position of Second Planning Minister, which has made the young minister astoundingly rich in a very short period.

To onlookers it seems that Taib no longer exerts any restraint over the greed of his family and followers. Such people are snatching what they can while they can, be it contracts, NCR land or remaining timber concessions.

Tengah is acknowledged to be one of the most rapacious of these operators and with wealth comes power.

Now members of Taib’s own inner circle are warning that Awang Tengah has bought control over enough of the Chief Minister’s followers to be in poll position to topple the old man and take power for himself:

“Taib is realising what is actually happening. But, at this moment he cannot move Tengah because he already has less influence to get rid Tengah. This is because Tengah is getting stronger and even more stronger than Abang Jo and Adenan [Satem]. With his wealth, power and the big number of state assemblymen that he control, he can topple Taib anytime and be the next CM of Sarawak…. Tengah is actually a thug. I don’t want Sarawak in the situation of out from the tiger’s mouth, into the crocodile’s mouth” [insider speaking to Sarawak Report].

What is certain is that although Taib is clinging on to power, he will soon be gone.  Both his sons, whom the old man had hoped would succeed him, have been ruled out of position (Abu Bekir because of his messy and scandalous divorce, which is still unresolved and Sulaiman because he has run away).

The situation leaves little comfort for the people of Sarawak unless they can rid themselves of BN and its in-fighting at the next election.

The Tiger was bad enough, but the Crocodile strikes fear even amongst the rich and powerful in Sarawak.