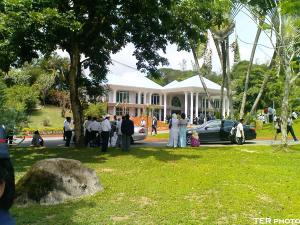 In through the front gate - wait till the businessmen stream in, then the election is about to be held

Speculation has dragged on for months about when Najib is going to summon up courage and call an election. Many believed it would be today, Monday, with a polling day for June 9th.

But, surely even Najib Razak’s pricey foreign PR teams would hardly suggest launching an election campaign from the other side of the world in the O2 London Dome?

We have a more convincing indicator that election enthusiasts should watch out for. Wait for the day when all Taib’s key business cronies start rolling up to his home in Demak Jaya and can be seen staggering from their Hilux Toyotas, carrying heavy suitcases into the house!

This is when you will know that BN is seriously about to call an election!

‘We were queueing up with bags of cash!’ 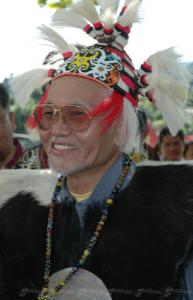 Election pose - representative of the people or just a vote buyer?

Key insiders have now confided in disgust what happens each time Taib arranges an election in Sarawak. Because, this is when the Chief Minister calls in his dues and demands hundreds of millions of ringgit from the businesses that he has favoured with contracts and concessions.

We have been told that he wants the money in used notes to be brought to his house in suitcases!  Much of the money is then flown out of Sarawak by private jet to Singapore, where it is distributed to the key political allies that he needs to bribe.

These allies include the leaders of the political parties, which he needs to remain in his BN coalition.

Our sources have divulged that the company bosses who get the call, come the real election time, are the top timber, plantation and construction firms: Rimbunan Hijau, KTS, WTK, Shin Yang, HSL, Samling are amongst the ‘Golden Contractors’, who are expected to fork out astonishing sums to keep their status after the election is over.

A senior figure at one such company has confessed that he carried RM50million in bank notes at the last election, handing them personally to Taib in a highly embarrassing encounter:

“The other businessmen were practically queuing up behind me to see him for the same reason on the same day”, he said, remarking he was “ashamed of the whole thing”. 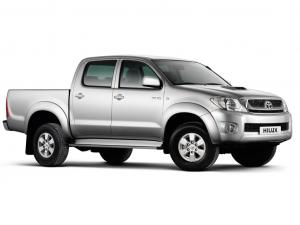 The most shocking aspect of these revelations is possibly the fact that the money shelled out by favoured tycoons is not only handed out to poor voters as bribes the night before polling, but that it is also needed to pay for the continued loyalty of Taib’s pampered political allies.

What morals do Sarawak’s BN Dayak politicians have that they are prepared to sell out their people for position and favour and yet also expect an extra bribe at election time worth millions?

It is no surprise that the businessman has reflected that the lion’s share of the loot is kept by Taib himself!

The fact that these matters are now being openly spoken of is a sure sign that Taib’s system of corruption has over-reached itself.

How shocking that the Chief Minister has to buy the support of his allies with such lavish pay outs!  It is a sign that genuine loyalty has long since deserted the failing and ailing old dictator.

Taib is clearly clinging to power by favouring the same old tycoons, who have supported him for the last 30 years and then squeezing them to bribe his political allies and poor voters.

This is the man who promised he would soon be retiring on the eve of the last state election, just as he had promised back in the 1990s!

Remember, this is all money that has been robbed from Sarawak’s voters in the first place, through illegal concessions and over-priced government contracts handed out to cronies.  Taib’s method of government has drained his country and corrupted it to the extreme.

So, watch for those 4-wheel drives streaming in through the gates.  Then it will soon be the day that you get the chance to put a stop to the rot!