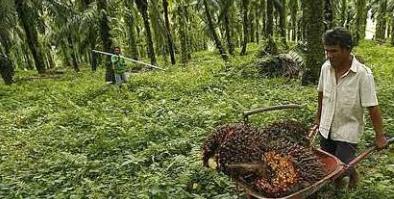 It has come to Sahabat Alam Malaysia (SAM)’s knowledge that at least in the Baram region of the Miri division of Sarawak, the directive has subsequently resulted in the revocation and suspension of trading licences following subsequent enforcement actions by MPOB.

These traders, acting as middlemen between smallholders comprising mostly indigenous communities and the established millers owned by big plantation companies, have over the years formed an integral part of the supply chain of palm oil development in Sarawak.

It is learnt that for the Baram region, FFBs of ‘suspicious’ origins involved those purportedly stolen from plantations namely Sg Lelak, Loagan Bunut and Bukit Limau, which are plantations linked to two giant oil palm companies – Boustead and IOI.

These plantations are embroiled in on-going conflicts with local communities that are claiming native customary rights (NCR) over the planted areas following non-payment or unsatisfactory payment over the years of the promised dividends from the government-sanctioned joint-venture schemes. 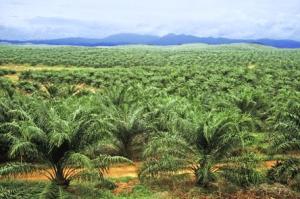 It is further learnt that the MPOB’s directive was a decision taken by the Minister of Plantation Industries and Commodities (MPIC) Datuk Amar Douglas Uggah Embas after a dialogue session with the oil palm plantation industry on 9 June, 2014.

Besides prohibiting traders from buying FFBs from these land dispute hot spots, MPOB in its notice to traders, included a general reference of the acceptable or legitimate maximum yield of 2 tonnes per hectare per month from smallholders. Sales of yield beyond the ‘acceptable’ volume are therefore considered to be of ‘suspicious’ origins.

It further pronounced that traders who ignored the directive will be considered guilty of colluding with offenders and that MPOB will not hesitate to take stern actions including suspension of trading licences.

Smallholders are required to produce their certificate from MPOB whenever they want to sell their harvests to MPOB-licenced traders. However, it is learnt that many of these certificates are not updated when smallholders expanded their plantations due to administrative shortcomings on the part of MPOB itself.

The closure and suspension (some up to three months) of the ‘ramps’ (referring to the infrastructure provided by the traders on their premises) have caught many smallholders by surprise. 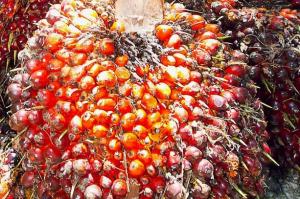 The pro-big business move by MPOB to punish some of the smallholders is directly affecting the livelihood of thousands of innocent smallholders. Many indigenous communities had wholeheartedly participated in this form of land development encouraged directly by MPOB, other state government agencies and both the Federal and state governments.

They would now be forced to travel further afield to sell their harvest which means incurring higher costs of production and a diminished prospect for a better life. Many had taken out bank loans for 4-wheel-drive vehicle as a necessary means for them to transport their produce to the market and they might sink deeper into debt if they continue to default on their installments.

It is unclear how long the directive will be in effect and what is the ministry’s plan to resolve not only the disputes in the Baram region but similar disputes elsewhere in Sarawak.

The thoughtless actions of MPOB have revealed the government’s defence of its deforestation and unbridled oil palm development policies in the name of poverty eradication, to be a sham. The Malaysian Palm Oil Council’s claim of championing smallholders’ rights for prosperity is nothing more than a hollow public relation charade.

Nevertheless, we urge the government to pay urgent attention to the long-standing NCR disputes in Sarawak and call upon the industry to conduct business ethically by respecting claims of NCR.

Any solutions to the disputes must not ignore the overwhelming landmark court rulings that had upheld that indigenous territorial domain is beyond the government’s interpretation of what constituted NCR land.