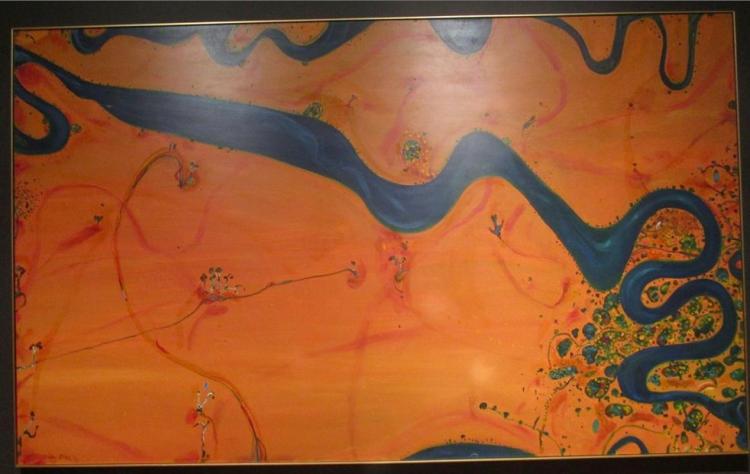 ADELAIDE, SOUTH AUSTRALIA. The University of Adelaide and the Art Gallery of South Australia are ignoring calls to restitute controversial gifts worth hundreds of thousands of dollars received from Taib Mahmud, a controversial Malaysian politician. According to Channel Seven’s Today Tonight show, both institutions refused to be interviewed on a request by indigenous leaders from Malaysian Borneo to restitute $A 400,000 in cash and an oil painting by John Olsen, one of Australia’s most famous artists.

In a seven-minute report broadcast on Monday, Australia’s Channel Seven reported on the attempts by indigenous Penan leaders from Borneo to recover assets stolen by Taib Mahmud, the former Chief Minister and current Governor of the Malaysian state of Sarawak.

„We were shocked to learn that Adelade University received at least A$400,000 in donations from Taib Mahmud, money whose origin he cannot explain“, the Penan had written, calling on Vice-Chancellor Warren Bebbington to return the funds to Sarawak. The Penan had also called on the Art Gallery of South Australia to sell the John Olsen painting it had received from the Taib family and send the proceeds to Sarawak.

South Australian Greens MP Mark Parnell supported the Penan’s recovery call: „The people of Borneo have an excellent moral case for the money to be returned. These forest people are looking to get an education. They want to build schools and I think the University of Adelaide could pitch in and help.“

The Bruno Manser Fund (BMF) calls on the Sarawak State Government and Chief Minister Adenan Satem to support the Penan’s efforts to recover the unexplained wealth of his predecessor Taib Mahmud from Australia. BMF director Lukas Straumann said: „If Chief Minister Adenan Satem is serious in fighting corruption, he can no longer close his eyes to the enormous amounts of money misappropriated and sent overseas by the Taib family.“