From One Of The Lads To Fellow Fugitive

Right up till the election count Stadlen had confidently briefed the world’s media in his customary haughty manner that BN would win the election and the vast majority believed him and reported accordingly.

However, for months Sarawak Report had questioned this unusual operator (the prime minister had claimed that Stadlen was not being paid by the Malaysian government) not only for his statements, but also for his lavish lifestyle and partying, which we queried might possibly have clouded his judgement in the conduct of such a resposible role? 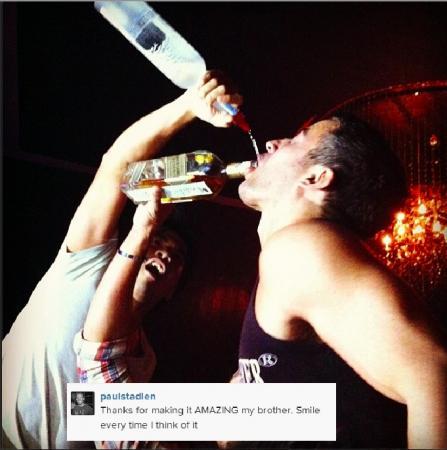 Stadlen’s loyalty to his boss was not in doubt. However, given the dubiousness of many of the stories and statements that Stadlen proved willing to release to sceptical journalists on Najib’s behalf, Sarawak Report had sometimes needled this ‘Flash Harry’ defender of apparent mass theft and deception, that he would do well to keep a standby seat on the London shuttle.

And, so it proved. As the evening of election night drew on, reporters relate that Stadlen’s phone went silent. The man who was usually ever ready with an unatributable quote attacking and denigrating Najib’s critics (most particularly Sarawak Report) had switched off his phone. Najib must have felt bereft of his megaphone just at the moment of greatest need, but Stadlen, as predicted had finally smelt the coffee and would appear was headed for the airport.

One assumes it was a first class flight. Although not officially paid for his efforts none could deny that Stadlen was being well remunerated.  His luxury flat, which once resonated to partying, has remained emply in KL since that moment when it dawned on him that like so many other foreign collaborators he had bet on a knobbled nag named Najib.

His known address in London is also empty. Indeed, that London address in fact belongs to one of a series of rented apartment blocks into which Stadlen had invested millions of pounds over the past few years, apparently with a view to refurbishment and re-sale for a big profit.

His first move, according to distraught long-term residents who contacted Sarawak Report last year, was to evict the tenants, who naturally obstructed such a business plan.

It remains to query why Malaysian prosecutors are now so interested in interviewing Mr Stadlen, who was known to be part of a super-trusted inner circle around Najib.  He had met the PM as an aspiring young PR manager, after nailing an original role as the KL head of the firm APCO, hired to puff Najib’s image back in 2009.

Sarawak Report has learnt that Stadlen’s interest to investigators lies in his intimate knowledge of Najib’s continuing relations with the fugitive financier Jho Low, who went into hiding after this news sight revealed his role in thefts from 1MDB.

The communications man is understood to have been a go-between as Najib and Jho secretly attempted to limit the damage and to structure a bail out for the fund via corruptly bloated construction projects involving money from China.

Najib has continued to attempt to deny recent dealings with Jho Low (despite having slipped his security detail twice to meet with him during his last official visit to China). Yet, Sarawak Report has heard that there were a number of trips made by Stadlen that involved meeting Jho.

Wise heads would suggest that Mr Stadlen would do well to emulate others who have come forward to make a clean breast of their dealings with Najib and take the consequences come what may, as Goldman Sachs banker Tim Leissner now appears to have done.

For now, however, it appears that the well born, well educated, once promising British journalist has decided to lie low and hope for the best. 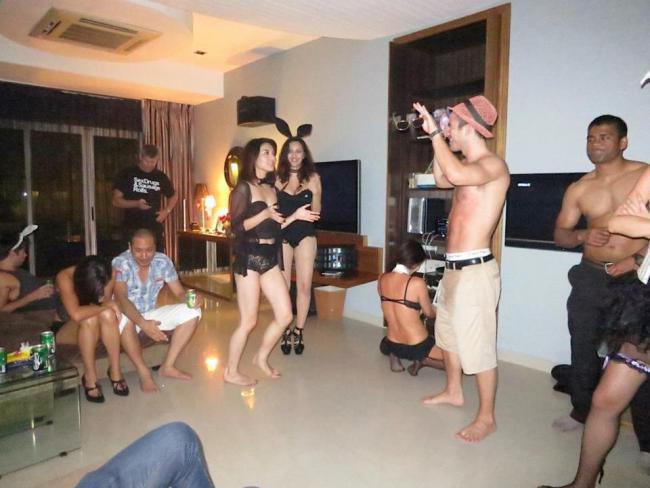 The full article from the Sunday Times can be accessed here – with excerpts below from it and an earlier Daily Telegraph article: 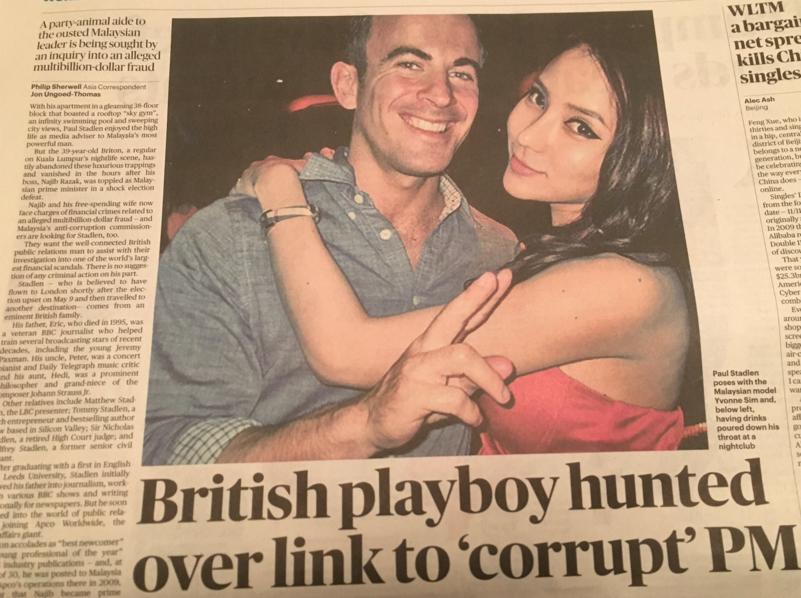 With his apartment in a gleaming 38-floor block that boasted a rooftop “sky gym”, an infinity swimming pool and sweeping city views, Paul Stadlen enjoyed the high life as media adviser to Malaysia’s most powerful man.

But the 39-year-old Briton, a regular on Kuala Lumpur’s nightlife scene, hastily abandoned these luxurious trappings and vanished in the hours after his boss, Najib Razak, was toppled as Malaysian prime minister in a shock election defeat.Najib and his free-spending wife now face charges of financial crimes related to an alleged multibillion-dollar fraud — and Malaysia’s anti-corruption commissioners are looking for Stadlen, too. They want the well-connected British public relations man to assist with their investigation into one of the world’s largest financial scandals……

His father, Eric, who died in 1995, was a veteran BBC journalist who helped train several broadcasting stars of recent decades, including the young Jeremy Paxman. His uncle, Peter, was a concert pianist and Daily Telegraph music critic and his aunt, Hedi, was a prominent philosopher and grand-niece of the composer Johann Strauss Jr.

After graduating with a first in English from Leeds University, Stadlen initially followed his father into journalism, working on various BBC shows and writing occasionally for newspapers. But he soon migrated into the world of public relations, joining Apco Worldwide, the public affairs giant.

He won accolades as “best newcomer” and “young professional of the year” from PR industry publications — and, at the age of 30, he was posted to Malaysia to lead Apco’s operations there in 2009, the year that Najib became prime minister.

When questions were raised by opposition MPs in parliament about Stadlen’s role, the prime minister’s department issued a statement that he was not being paid a salary by the government.

Whatever his financial arrangements, Stadlen handled media inquiries for Najib until election night six months ago, when his messages to journalists ended and he stopped answering his phone. [To read the full article click here] 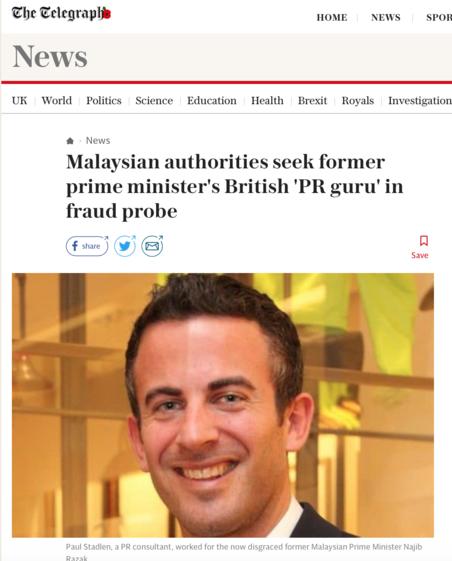 Malaysia’s anti-corruption body is hunting for a British PR consultant in connection with a multi-billion-dollar financial scandal that helped bring down the previous government.

Mr Najib is facing multiple charges of money-laundering and criminal breach of trust over the handling of the state-run 1Malaysia Development Berhad fund, which he created. If convicted, he could be jailed for decades.

Accusations of massive corruption at the 1MDB fund were a major factor behind the electoral earthquake in May that toppled his long-ruling coalition and ushered in a reformist alliance headed by his former mentor Mahathir Mohamad, 93.

The MACC suggested that Mr Stadlen could be a key witness in the high-profile case, reported the Malay Mail. “We are looking for him and we issued the statement this morning on our website,” Zuhaila Arip, a senior investigation officer told the paper.

The MACC did not respond to questions from The Telegraph, and Mr Stadlen could not be reached.

The consultant, who previously worked for an international public affairs firm in Kuala Lumpur before going independent, acted as a spokesman for Mr Najib until the day of the election on May 10. As news began to break of the shock results, Mr Stadlen no longer responded to media queries.

According to the MACC statement, the long-term resident’s last known Kuala Lumpur address was the luxurious Loft Sentral Condominium in the city centre which, according to property websites, is furnished with an outdoor jacuzzi and “sky gym.”

Mr Stadlen was a well-known figure in Malaysia’s political and media circles, where he was accused by investigative news website The Sarawak Report in 2015 of being a “lady’s man” who enjoyed cash and a lavish lifestyle.

Kuala Lumpur’s top nightspots held tables for him, Sarawak reported, quoting an anonymous source as saying: “He’s always out partying in bars, clubs getting dead drunk.” The report was accompanied by pictures of Mr Stadlen with scantily clad women in bunny outfits and having vodka poured down his throat by a friend.

More serious questions were asked by the parliament and press, including Sarawak, about Mr Stadlen’s exact role and who was paying his salary after he entered Mr Najib’s communications team.

Mr Stadlen’s history with the Malaysian government dates back to 2009, when he arrived to work on a government contract awarded to public relations firm Apco Worldwide, reported the Malaysian Star.

The company reportedly lost the contract after disquiet in the majority-Muslim country over its perceived links to Israel, but Mr Stadlen stayed on.

By 2015, he was said to be working directly for the prime minister’s office, prompting questions in the national parliament about whether taxpayers were footing a large bill for his services.  The prime minister’s department was forced to deny that Mr Stadlen was being paid an allowance or salary by the government.

The queries surfaced around the time that Mr Stadlen was blamed for a statement in response to a New York Times enquiry about 1MDB and the prime minister’s trappings of wealth, in which it was claimed that he had “received inheritance.” Mr Najib’s siblings were said to have been incensed by the insinuation that their father had accumulated such wealth.

Mr Stadlen acted as a gatekeeper between the prime minister’s office and foreign journalists but was himself somewhat non-committal about the exact nature of his role when asked in April by The Telegraph and always refused to be quoted by name.

In an hour-long meeting at a chic restaurant on the 51st floor of a skyscraper he fiercely defended Mr Najib’s innocence in the 1MDB scandal, was effusive about his likeability and bullish about his election prospects.

Malaysia was now his home, he said in an unguarded personal moment, admitting that he had little desire to return to the UK.

Mr Stadlen played a key role in defending his boss from claims from US investigators that his associates stole and laundered £3.4bn from the 1MDB fund between 2009 to 2014. Allegations of money-laundering and graft in connection to the fund have been probed in at least six countries and widely reported in the media. Recent charges brought against Mr Najib concern millions of dollars that were allegedly transferred directly into his personal bank account.

Mr Stadlen’s written responses to questions about the scandal and other government policies could be rambling and cavalier.

He denounced Mr Mahathir as a “self-confessed dictator” and his Pakatan Harapan coalition – now in government – as a “motley group of political has-beens.” He accused the Western media of “one-sided attacks.”

His WhatsApp media missives continued until the day before the election, when he sent out a report alleging the phones of the then ruling coalition were under “technical attack” from calls overseas that were spamming their communication lines.

By election day, as it started to become apparent that the Malaysian electorate had turned on the Najib regime, Mr Stadlen’s phone went silent.