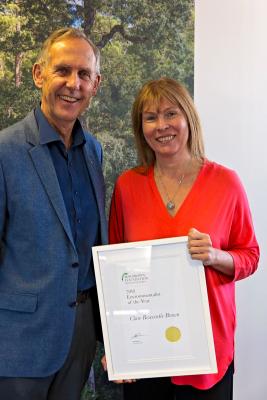 Posing against Tasmania’s tall trees, due to be obliterated by Taib family logging (Ta Ann) in Tasmania

The former senator, Green Party leader and legendary environmental campaigner in Australia, Bob Brown, has been a long-standing campaigner against logging in Sarawak and stated that the award was a recognition of the environmental and human rights activism that lay behind Sarawak Report’s investigative work over 1MDB.

Sarawak Report has worked with key  environmental campaigners in Tasmania to highlight concerns about logging in the state linked to the Taib family connected company Ta Ann.

Together Sarawak Report, the Huon Valley Centre and other campaigners have investigated numerous corruption concerns related to Ta Ann, which has been heavily subsidised by the Tasmanian authorities in order to mill wild woods controversially set aside for clear felling.

Ta Ann is largely owned by a cousin of Taib Mahmud, Hamed Sepawi, who has been the recipient of vast timber and plantation licences as well as construction projects in the state of Sarawak, awarded without tender by his relative the Chief Minister/Finance Minister/Planning and Resources Minister.  Sepawi, who is widely regarded as one of Taib Mahmud’s key business proxies, has also held key positions as Chairman of the Timber Development Council, Sarawak Electricity Board and Treasurer of the ruling PBB.

Numerous native land rights cases have been sparked owing to land grabs by companies associated with Sepawi in Sarawak, including several disgraceful episodes where homes have been flattened then burned to drive communities out of areas seized for plantations and mines.

These include a current on-going dispute where a community blockade in Ulu Kelawit against a Sepawi owned quarry company, Stonehead Mining, was destroyed on 25th October and leaders were arrested: 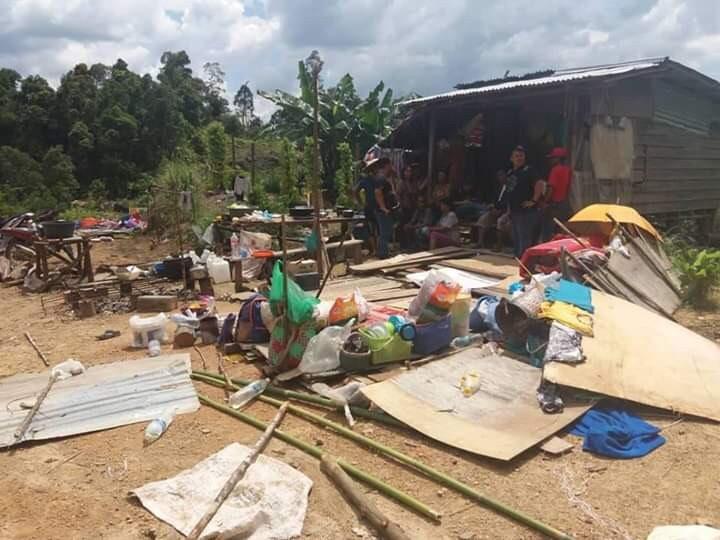 In 2011 Sarawak Report exposed Hamed Sepawi for having hived off a major plantation concession from Ta Ann  linked to its third part ownership of South East Asia’s largest acacia plantation, Grand Perfect. Grand Perfect had become notorious for its tactics flattening people’s homes and Ta Ann then publicly denounced critics for suggesting it was still a shareholder.

Sepawi had in fact taken the company’s shares under his personal control at cost price through an intermediary company named Gasijaya, thereby avoiding notifying the stock market or shareholders of his personal interest as the Chairman of Ta Ann.

Ta Ann has been banned by the Norwegian pension fund following extensive research into its practices and environmental violations and it has also been thrown out of Liberia, having been accused of collaborating with another massive Taib linked Sarawak logging company Samling to use bribery and deception to take control of a quarter of the country’s forested land mass for logging and plantation.

Former President Ellen Johnson Sirleaf of Liberia said that investigations revealed that “there have been massive fraud, misrepresentations, abuses and violations of the National Forestry Reform Law” by the Malaysian companies, related to their ownership of Atlantic Resources in Liberia. 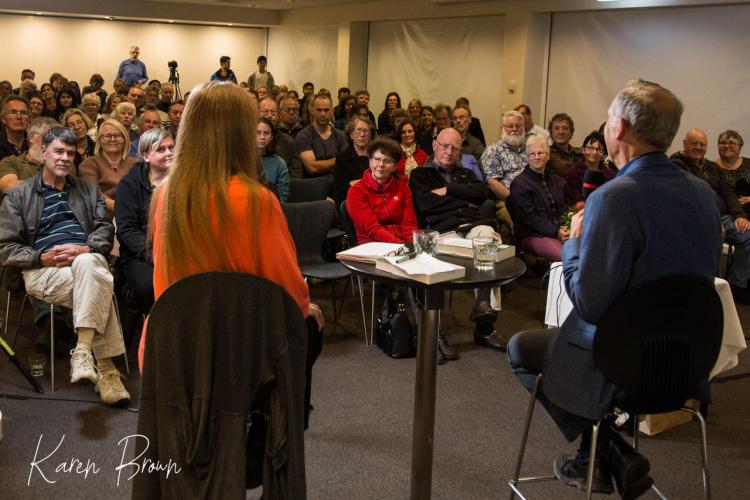