Malaysia has now at last taken leading control over the 1MDB case.  For years the country’s legal teams stood idle, whilst law enforcers across the globe issued money laundering warnings and asset seizures related to the massive theft of the country’s public money 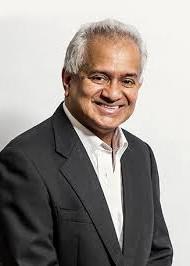 However, today it was the new Malaysian Attorney General who moved the process to the next level by issuing criminal proceedings against the alleged mastermind, Jho Low.

Coming fast on the heels of an earlier agreement to take custody of Low’s disputed yacht, which was originally seized on the order of the United States, this first actual criminal prosecution over the billions in asset seizures indicates that behind the scenes cooperation is progressing well between the new team in the AG’s office in KL and their counterparts in the US and Switzerland.

It follows public meetings between Tommy Thomas, Malaysia’s new AG, and top teams from both those countries after he announced  he was taking a personal control over the 1MDB prosecution as the initial priority of his department. Likewise, Malaysia has already launched parallel proceedings against the former prime minister himself, Najib Razak.

Expect Inevitable Resistance From Those Reluctant To Be Relieved of Riches

Another arena where clear evidence of intent has been shown has been in Sabah, where the new administration of Shafie Apadal has wasted no time either in ratchetting up investigations into the disgraceful logging permits that were handed out like confetti by the Forestry Department under the former Musa Aman protege, Sam Mannan, who had postured globally as a ‘defender’ of the rainforest. 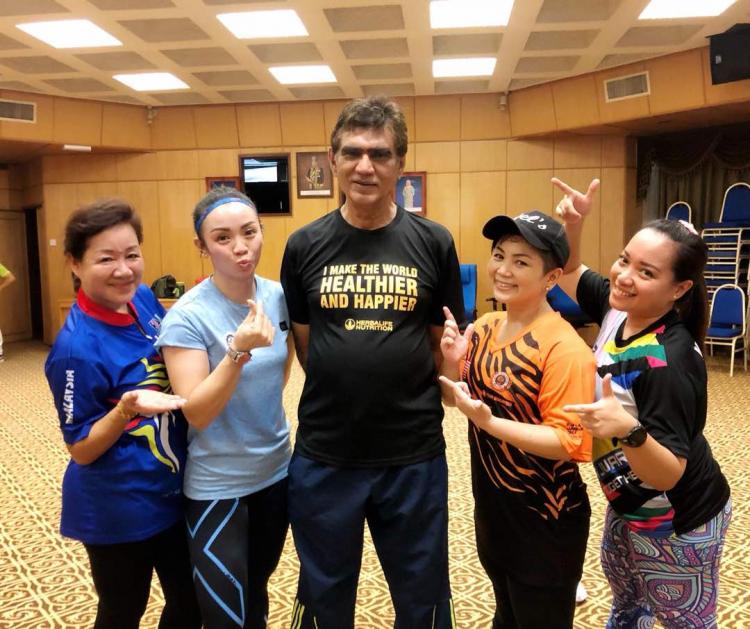 Mannan has been ejected from office and this week massive raids took place at his home and at several other addresses linked to himself and his associates, by officers investigating corrupt and illegal logging arrangements.

Even so, it appears that several former top dogs of the old regime are still banking on being able to salvage some of their position and loot.  The brazen claims and denunciations of the new government by Jho Low’s legal teams and PR folk over previous days have caused gasps of astonishment and ridicule in equal measure over the past few days.

Likewise, having dashed to short-term safety in the UK, after failing to cobble together a coalition after losing the election, the former Sabah chief minister himself, Musa Aman, is now apparently back in the region to defend his corner and of course his considerable wealth. 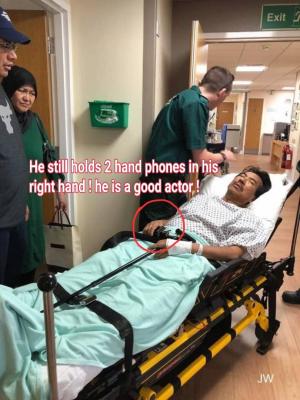 Musa’s failure to so far register into the state parliament (along with his son who also has a seat) was explained by photographs, which were released to the media in the course of the week to demonstrate proclaimed ill health as his excuse.

The ex-CM was shown apparently unconscious and being wheeled on a hospital trolley.

It was left to sharp eyed commentators to spot that somehow the failing politician was still managing to clutch two mobile phones in one of his lifeless hands.

Musa’s links to Sam Mannan and the logging licences handed out in contravention of conservation rules in return for apparent kickbacks are likely to be a key area of interest for investigators under the new administration, which hopefully can now start to lead the way in rescuing what is left of East Malaysia’s once unparalleled natural heritage (bringing justice to indigenous peoples in the process).

However, it’s clear, that like Jho Low, and indeed their former BN boss, the ex-PM Najib Razak, Musa does not plan to give up without a fight.  This is the penalty that Malaysia faces as a result of its decision to do things according to the law and by the book.

Still wealthy movers and shakers of the past regime are clinging to the hope that somehow they can make the legal process work in their favour as long as they still have access to money gleaned from public coffers during profitable years in office.

After all, these are not men who have been used to losing in life. Nor are they used to operating under a fair system, which they do not control. So, they will keep trying their luck, despite their likely losing battle against Malaysia’s now determined prosecutors.

The Forces of Taib

And it has emerged that yet another unlikely quarter has decided to risk convincing an independent court of their innocent sources of wealth.

The fabulously wealthy daughter and son-in-law of Sarawak’s Taib Mahmud have chosen this moment of all times to launch a defamation case against the Swiss Bruno Manser Fund, which has for years accused the governor and former long-time chief minister of the state of having illegally plundered Sarawak of its timber wealth and state contracts, then passing the proceeds through family companies.

Canada based Sakto, owned by Taib’s son-in-law and daughter, Sean and Jamilah Murray, today laid out its suit against BMF and its director Lukas Strauman, which they have lodged in Switzerland itself, after the fund failed to persuade a Canadian court to order their company to provide full disclosure of its sources of income over the years.

Sarawak Report has learnt that the couple’s lawyers are demanding that the Swiss campaigner withdraws his book ‘Money Logging’, which has now been published for several years.  The book details Sarawak’s timber corruption and accuses Taib Mahmud of having plundered the country and it is only now that the Taib family have move to silence those claims.

According to a spokesman from BMF the law suit seeks to ban the book, shut down the fund’s campaign against timber corruption and close its Sarawak focused websites.

With the power of the state no longer supporting their position it seems that the beneficiaries of decades of BN government still hope that expensive legal action can work to defend their riches and reputations instead.