The word ‘service’ needs to return to its proper meaning in Malaysia’s Police Service. Years of endemic corruption have allowed for the wrong people to rise to the top and for little Hitlers to flourish in the lower ranks. The country’s record on police brutality and corruption is shaming.

Whilst the majority of the rank and file wish to do a decent job for their commuities, these bad apples and their henchmen have abused power to profit from criminality rather than combat it, making the force as much a mafia as a guardian of law and order.

Take for example the horrifying experience of online activist Jason Lim, who dared to report a KL massage parlour for hiring an abusive illegal foreign worker to the police.

Within a very short time indeed, as Mr Lim has exclusively detailed to Sarawak Report, he found himself the target of a malicious prosecution instead, fully supported by the police to whom he had naively made his original complaint.

Remanded for four days in a police lock-up, it was he and not the massage parlour owner, who experienced violent and degrading behaviour and later charges and a public prosecution. Although it is now established the parlour was hiring an illegal worker only the worker and not the proprietor have been sanctioned.

During the months that Mr Lim has attempted to stand up for his rights and defend his case, he says he has continued to experience extreme harassment and shocking assaults on the open street, by officers, apparently hoping to gain assurances that he would not go public about the case or the behaviour of the police to his online followers.

Just yesterday, Sarawak Report received evidence that an unmarked police car with false number plates pulled up outside the house of anti corruption campaigner, whom Jason Lim had come to visit, from which the undercover officers conducted blatant monitoring. 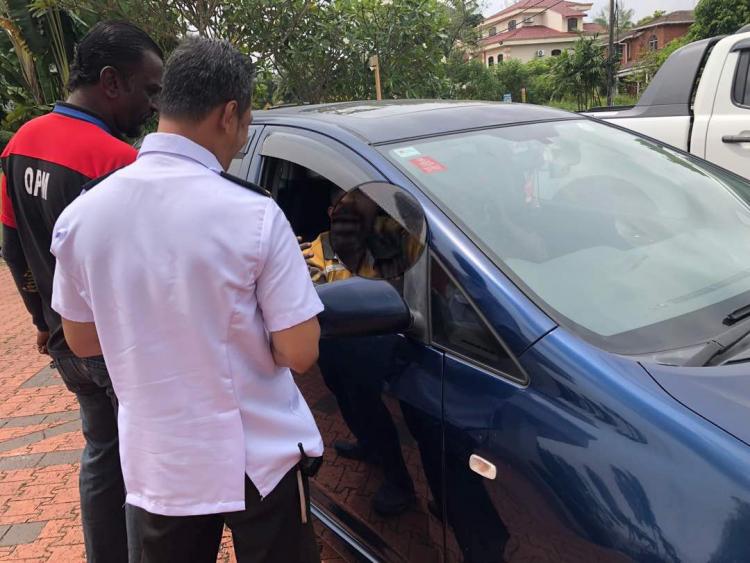 Challenged – identified police officers were hovering in a car with false plates outside the home of an anti-corruption campaigner, who met with Lim on Monday

Given that unhealthy links between the massage parlour industry and certain areas of the police force, in the form of a widespread protection racket, have been extensively reported in the news over recent months, surely officers dealing with a complaint of this nature ought to have acted very differently, especially after the change of government have ushered in very different expectations?

Instead, after failing for 8 months to present convincing evidence of the first set of charges for ‘criminal intimidation’ that they attempted to pursue against Jason Lim, the police have now replaced those charges in favour of a brand new case opened against him for alleged ‘extortion’ related to the very same original complaint.  It is a charge that carries a punishment of whipping and up to ten years imprisonment if Jason is convicted.

It is well known that the use of extortion charges are an established technique for turning the tables in a prosecution case (at least in places like the old Malaysia), should the police choose to favour the subject of a complaint over the person who has reported them.

According to this mad reversal, the person who has been reported simply alleges that the complainant was trying to ‘extort’ them through reporting their misdemeanor to the police, at which point the police side with the alleged victim of extortion, even though the complainant has already reported them to the police!

MyWatch chairman Sri Sanjeevan, who campaigns against police corruption was acquitted of similar charges after a full trial in May.

Time To Go Public – Details Of The Case 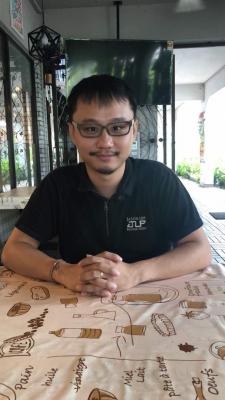 For months Jason Lim, who identifies himself as an online activist, has taken heed of police threats to keep the details of his ordeal private, pulling down his Facebook site to comply. The details include police brutality and abuse of process. Now, faced with an escalation of the threats and charges against him, he has decided together with his legal team to speak to human rights campaigners, primarly to prevent a cover-up if further ills befall him.

For now, Sarawak Report will not publish the names of the parties, for legal reasons. However, they remain available to the human rights teams who have now taken up this case, should harm come to Mr Lim.

His ordeal began, Jason Lim says, in November last year when he booked a back massage to relieve stress pains at a parlour located in a KL mall. To make clear his purpose was medicinal, Mr Lim, who has a girlfriend, requested a male masseur.

Unfortunatly, the parlour or the masseur himself appear to have misunderstood the nature of his request, because to his increasing discomfort Mr Lim says he found himself subject to inappropriate touching during the course of the massage.  Despite several rejections, he says the massage giver attempted to force himself upon his customer to the extent that Mr Lim eventually left extremely upset.

Having discussed the matter with friends, Lim later contacted the parlour to complain and to point out that the man in question appeared to be an illegal Indonesian worker.  The representative of the parlour retorted that if he had a complaint he could make a police report. Provoked, Lim proceeded to do exactly that shortly afterwards.

The police took down his complaint and shortly after Mr Lim spotted police arresting the worker, who has now been charged as an illegal immigrant. Following the removal of the worker Lim again confronted the parlour owner to find out how they would make amends for his ordeal: he said he requested a full apology.

Instead, the owner offered him RM85 and another massage, which Jason Lim rejected angrily, pointing out that sexual harassment is a crime that can result in imprisonment or a fine of RM10,000. He wanted a full apology and, he says, and the meeting broke up acrimoniously.

It was then, says Mr Lim, that his problems began to escalate. The police recalled him to the station to inform him that the massage parlour had made a complaint against him for threats and demands.

Given these events took place at the height of the so-called Gopi scandal, where MACC investigators had arrested numerous police for collusion over a money spinning protection racket involving massage parlours with illegal workers, it might appear strange that the officers in question appeared to be so supportive of the parlour’s accusations, while failing at the same time to take any action against the owners for hiring an illegal worker.

The hostility was towards him and not the massage parlour, says Lim. Based on a complaint of ‘criminal intimidation’ he was first charged and then remanded him in custody for 4 days, where he claims he was subject to repeated abuse. Officers stripped him naked, hurt him, yelled at him and made him eat rice off the floor with his hands manacled behind his back laughing at him for being a ‘chicken’.

During a series of interviews, says Lim, it was made plain that if he agreed to keep silent about this matter and issue a formal apology to the massage parlour owner, his problems would go away.  On realising he was a professional blogger, officers then forced him to open up his phone so they could examine all its contents. Next they threatened him to keep silent about his ordeal and not to place any of the details of the matter on Facebook or elsewhere pending his court case.

Jason Lim says he has so far complied and pulled down his Facebook, however his troubles did not end as his case progressed.

He say that few days after his release police again detained him in the street, assaulting his private parts in a vicious manner in the process. He continues to be followed and harassed at intervals.

The situation forced Lim to sell all his possessions in order to pay for legal representation (his case is now being handled pro-bono, thanks to the generosity of his new lawyers). After 8 months, the police finally dropped the charges of criminal intimidation last week, which Lim’s lawyers maintain were supported by weak evidence.

However, in a raising of the pressure against their target the police have merely replaced those charges with an even more serious criminal accusation of ‘extortion’, for which they do not need to provide their evidence for another month.

This is not the New Malaysia

Once more, Jason Lim says he has been threatened to keep silent about the whole affair and that he has been followed and intimidated to the extent that he contemplated taking his own life before contacting Sarawak Report last week:

I cannot fathom the words on how this has crumbled me completely as a man. I have learned to live my life silenced by the authorities and law makers even tough I am a clear victim

Now he has decided to go public and to face up to the continuing threats, if only in an attempt to protect himself. Human rights organisations have also been alerted to his case.

As Malaysians know, this is just one example among many of complaints and allegations about allegedly brutal and arrogant law enforcers, free to bully members of the public in such ways. It is time for the new government to make it a priority to purge rogue police officers and cull the management of a police force responsible for infiltrating this corruption from the top down.

Malaysians do not wish to be terrorised by a police mafia, but to be served by honest, decent officers. The entire country knows how bad this problem has become and Harapan must act so that people who dare stand up for their basic rights, like Jason Lim, do not live in fear in a country where illegal businesses and law enforcers work hand in hand at the expense and safety of ordinary folk.

The matter should begin by a re-opening of the Gopi case, so mysteriously brought to a halt last year and proceed to a full commission on the police force with a remit to find new management.