BN's Shame! Handing Out Money, Without A Blush....

As the housing minister and Selangor hopeful, Nor Omar, reacted with fury today at being called out over handing cash to voters, it dawned on the wider world that maybe this man didn’t even realise that he was acting shamefully?

Has corruption and malpractice sunk so deep into Malaysia’s ruling BN, that time-servers like Nor Omar actually assume that other democratic politicians across the world also wander around school gatherings and hand out notes to parents, on behalf of some purported government scheme or another?

One thing made clear from the excuse that the portly politician came up with, as he ripped into critics, was that this was certainly not his own cash or even cash raised by his political party.  Nor Omar today confirmed that it was public money, purportedly taken out of taxes by the government:

He said it was a school aid programme that benefitted 3.2 million recipients, and he was distributing the aid at a Parent-Teacher Association meeting.
“Those who slander don’t know what the government has done for the people
“The Bantuan Awal Persekolahan programme is not new, it has been implemented for quite some time,” [Malaysian Insight]

There are, as any educated adult can see, numerous glaring flaws in the minister’s justification of his actions, performed not just once but numerous times on several occasions – ACCORDING TO HIS OWN FACEBOOK POSTINGS! 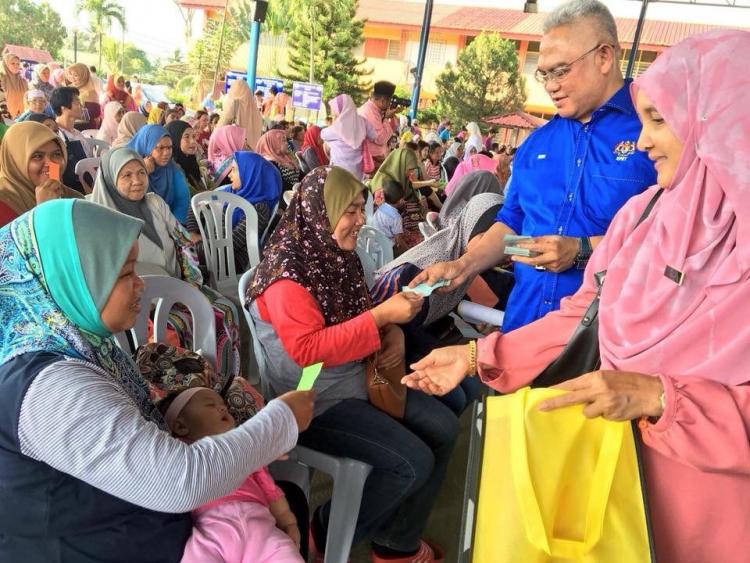 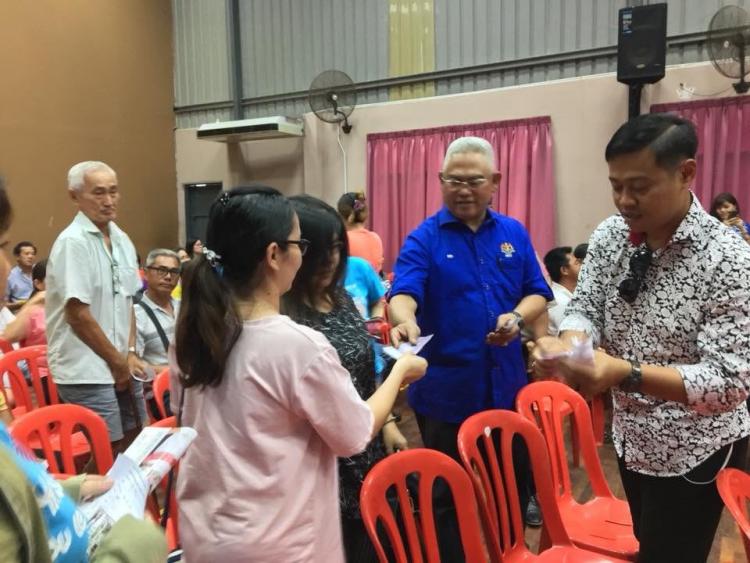 First of all, there is the small matter that Nor Omar’s official explanation and excuse to news outlets today totally contradicted the smug explanation for the handout that he gave in his own Facebook postings at the time, earlier this month.

Those Facebook postings (from where these revealing pictures originate) give a clearly different version of events.  Here he is, posting on February 3rd, about one of at least three of these events recorded by himself, where he explained why he was handing out cash at his own old school:

Surely, this money was either “my own initial school assistance” or it was from the “Bantuan Awal Persekolahan programme that allocated RM328 million to.. lend cash aid to …schoolchildren from poor families, at a rate of RM100 per child”?

He must clarify which, because the strong impression given from the minister’s Facebook page is that somehow this taxpayers’ money was provided partly thanks to himself and partly thanks his political leader.  Whereas, as a distinctly sleepy housing (as opposed to education) minister, there is no evidence that this man either put his hand in his pocket or contributed to the policty process of diverting taxpayers’ money to impoverished parents: 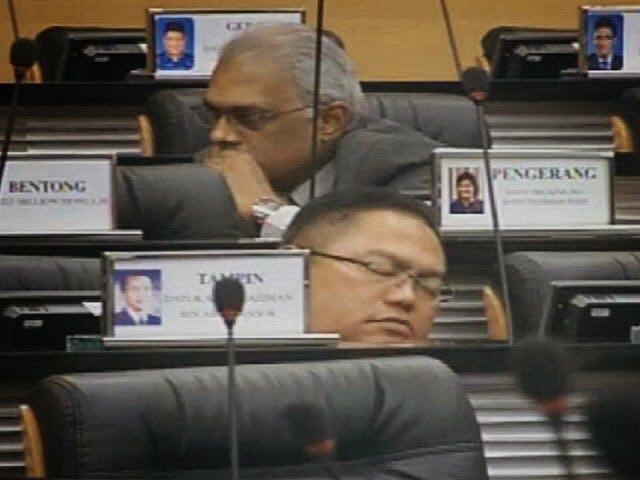 On the job? Noh Omar in legislative mode 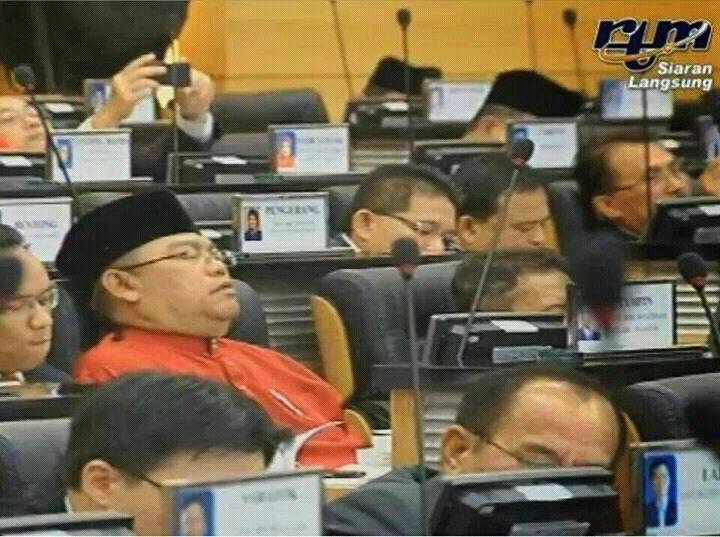 And there are, of course, other glaring issues.  If this programme is designed as a “loan” for “poor parents”, how come this chap was handing out cash freely to a room full of random mums without the slightest sign of organisational due process?

What one would expect to see in such a programme, would be a line of bureaucratic note-takers armed with qualification forms and handing out receipts (after all ‘loans’ have first to be qualified for and then to be repaid).

To be clear, the last thing a minister ought to be personally involved in is the handing out the actual cash through such government schemes: how deeply inappropriate, after all; how shamefully menial and how terribly awkward, when inevitably some constituents will prove elegible and others not?

It is therefore blatantly obvious to all observers that this cash hand-out was merely excused by the government programme, as a transparent figleaf for its actual purpose, which (as indicated on Nor Omah’s own Facebook) was to gull decent mums from parents’ associations across his constituency into beleiving that somehow they either personally owe Nor Omah something or that they owe his boss Najib Razak and their political party something.

Funny how such money is doled out just before the election is due to be announced!

Possibly even more sinister and pernicious is the fact that our review of Nor Omah’s Facebook page appears to indicate that he has cynically discriminated over how much cash he is prepared to hand out through this ‘government scheme’ to different voters.

Indeed, for a party that purports to be dedicated to uplifting rural Malay folk (a noble cause indeed) Nor appears from the photographs to be offering half the amount to mums from this category i.e. green RM50 notes, compared to the RM100 notes he is photographed handing out to urban mums from the Chinese community (also doubtless deserving folk).

Given UMNO is generally discriminatory in its policies against minority communities, like the urban Chinese Malaysians (in order to catch votes), such an act has to rank as utter hypocrisy.  Why should crisp purple notes be handed out to Chinese Malaysian school mums, clearly to be bought at a higher price, compared to the green half-price notes handed to the trusting Malay rural folk that the party claims to champion?

And how does all this work under the loan scheme devised by the Bantuan Awal Persekolahan programme referred to by Nor Omar?

Nor Omah needs to wake up quick, just like his party, and realise just how dreadful all this bribery appears in the eyes of the rest of the world.  Indeed, once the scales have fallen from the eyes of those deceived potential voters who took his cash, they will rightly feel angry at the ploy he is trying to pull.

To clear up this matter, Nor Omar needs to provide detailed documentation, immediately,  to show exactly where those fat bundles of cash he was shown clutching in his hands really came from.  Let’s see the money trail and determine if it really came from government programmes, which are still generally managed by civil servants who attempt to perform their legitimate jobs in Malaysia or whether those notes came from some other less traceable source linked to his boss, Najib Razak?