PetroSaudi shareholder Tarek Obaid is due to have his motion heard Friday in the California Court that the US Department of Justice’s seizure of his $2 million shares in the intelligence firm Palantir be over-ruled.

The case (which can be accessed via the US Court’s Pacer service – Case 2:17-cv-04446-DSF-PLA Document 36 Filed 10/11/17) was first lodged in July and according to the publication Law 360 Obaid’s lawyers are claiming that Obaid’s “Palantir shares are not tainted by corruption as they weren’t bought to further launder money”:

“The $700 million transfer was part of a legitimate arms-length business transaction between two sophisticated parties.. Moreover, the fact that [Obaid] an owner of the privately held PetroSaudi, allegedly received a portion of the $700 million transfer… cannot be considered to be any proceeds of any fraud on 1MDB or theft” [Law 360]

Obaid’s lawyers are of the view that the Saudi businessman, who first falsely claimed that the $700 million payment from 1MDB represented the repayment of a loan to his company PetroSaudi and then falsely claimed that the company Good Star Limited, which received the money was a subsidiary, was merely a bit player in the conspiracy to defraud the Malaysian fund:

“Obaid said he played only a small part in a larger scheme supposedly orchestrated by Low and others. The Saudi investor said that as far as US law is concerned, his shares were neither direct proceeds of criminal activity nor laundered in a way that allows the feds to seize them” [Law 360]

Judge Dale Fischer, who has presided over all the 1MDB-related claims, including the attempts by Jho Low to counter confiscations of billions of dollars of assets held in family trusts, will make his judgement on whether Obaid’s case is reasonable.

Obaid’s lawyers have used colourful language in their 36 page deposition, which complains that their client has been dragged into a much wider case “as an after-thought” and that charges pressed against Jho Low have been lumped into his own case as well:

The government (“Plaintiff” or “government”) commenced this in rem  forfeiture action with a 248-page, 958-paragraph cookie-cutter complaint that it also used in two waves of filings to initiate thirty other separate, but substantially identical, forfeiture actions in this Court. This suit against the single asset of 2,500,000 shares of Series D Preferred Stock in Palantir Technologies (the “Palantir Shares”) owned by claimant Tarek Obaid (“Claimant”) was the twenty- eighth of thirty-one related in rem forfeiture actions, and was filed in the government’s second wave of complaints. In contrast to the assets named as in rem  defendants in the other suits, which were in the aggregate purchased for more than a billion dollars, the Palantir Shares were purchased for $2 million and are the only in rem defendant alleged to have been purchased by Claimant. The focus of Plaintiff’s bloated 958-paragraph complaint makes clear that this claim against the Palantir Shares was an afterthought. [Obaid’s Motion to Dismiss]

It may be a ‘mere’ $2 million at stake, which Obaid thinks is trivial to complain about in the context of the missing $1.83 billion that the Bank Negara has asked to be returned from the Joint Venture deal, but the businessman plainly thinks it is worth going to court to try to obtain it.

In the complaint Obaid claims that his company brought a contribution of $2.7 billion of equipment and drilling projects to the joint venture and that this was the reason for the $700 million paid to Jho Low’s company Good Star Limited.  However, the FBI investigators have confirmed Sarawak Report’s earlier conclusion that PetroSaudi’s assets in fact consisted of little more than two second hand and virtually redundant drill ships, worth no more than a few million pounds.

Obaid was photgraphed with Jho Low and Najib on board the yacht Tatoosh, together with fellow PetroSaudi shareholder Prince Turki back in 2009 when the decision to launch 1MDB’s initial venture with PetroSaudi was agreed. However, he maintains his role was minimal

The judgement on whether to accept Obaid’s claim that the case against him be dropped should be heard soon. 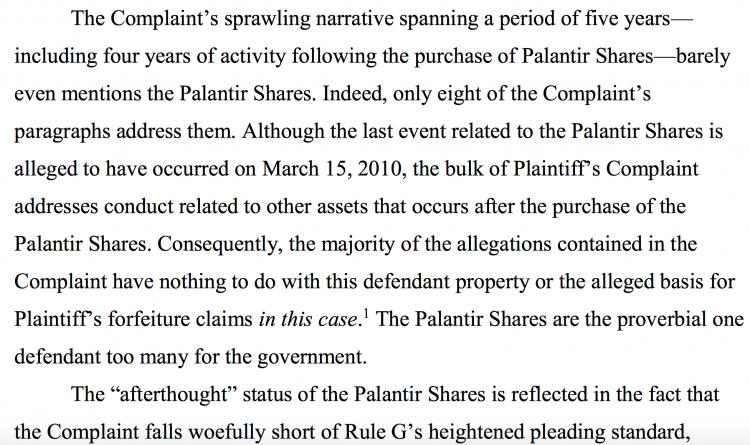