Our previous article noted that Laogumnerd partied on board a private jet with Jho Low along with some of the tycoon’s key agents at the now defunct BSI Bank, who were subsequently jailed.  This was in June 2015, some months after the 1MDB scandal had erupted and Jho Low was already considered as a fugitive, on the run from task force investigators in Malaysia.  This notoriety apparently did not trouble Laogumnerd. 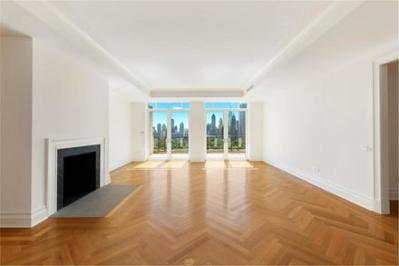 Later, in November that year, Laogumnerd sparked headlines in New York when he himself emerged as the seller of one of the city’s most expensive duplex penthouse flats in the prestige building  15 Central Park West for $45 million.

In March of 2017 he went on to take over as the controlling shareholder of Jho Low’s London based lingerie business Myla (housed in Mayfair offices bought with money stolen from 1MDB), Low having resigned his posts last November.

That same month Laogumnerd took up a directorship of the first Islamic bank to be set up in the off-shore haven of Mauritius, becoming the Chairman in February of this year.

Jho had himself yearned to own an off-shore bank in order to park his remaining millions, as emails by his associates have revealed, so it appears that the 1MDB fugative has continued to act as something as a mentor to his Thai friend Laogumnerd in his investment decisions.

Sarawak Report can also reveal that the two men share strong connections in terms of their legal advisors.  The New York Penthouse sold by Laogumnerd was held under a company that was based in New Zealand named (15Cpw Phb Ptc (Nyc) Limited) – likewise, many of Jho’s family trusts were also set up in NZ.

However, records show that although the penthouse was bought a year before on 13th May 2014, Laogumnerd had only became the registered shareholder of the New Zealand holding company a month before the sale.  Prior to him becoming shareholder the company was officially owned by a US lawyer who had also acted as the legal representative of Jho Low with respect to two of his own properties, which were later confiscated by the DOJ as part of the list of assets bought with money stolen from 1MDB.

15Cpw Phb Ptc (Nyc) Limited was incorporated in January 2014 and then transfered on  14th February into the ownership of one shareholder, namely a Chicago lawyer with the major firm DLA Piper named Michael Legamaro.  Later, on 15th April, just before the purchase of the penthouse, the shareholding was passed on again to one of his then legal associates at DLA Piper, Matthew McKim.

In both instances these shareholder lawyers placed their personal home addresses as the reference for the company, as opposed to their professional offices in Chicago, although one assumes that McKim was not the actual owner of the multi-million dollar penthouse but was the legal representative of the real owner, till then an unknown entity.

It was only as late as 21 October 2015, after the flat had already been on the market for several months, that the ownership details of the company were altered in New Zealand’s company records file to reveal a new shareholder, which was Phengphian Laogumnerd: 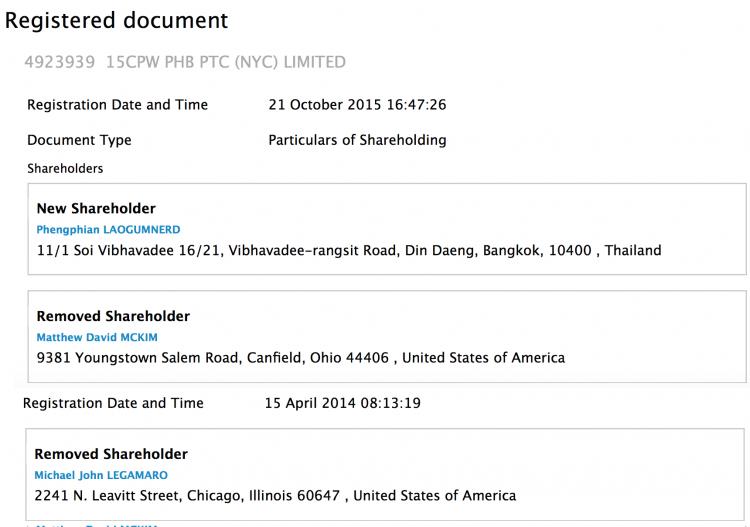 So, after the flat had already been on sale for several months, the records were altered to remove the lawyer as the official shareholder and reveal the presence of Mr Laogumnerd for the first time as the sole shareholder of the company.  Laogumnerd was therefore reported by various newspapers as being the owner who sold the flat the following month. 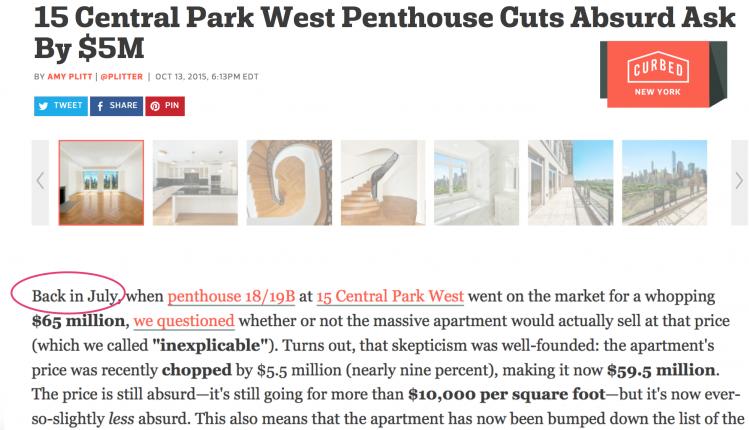 The sale of the Penthouse created waves not just because it was so expensive, but because Laogumnerd suddenly brought his price down spectacularly. Originally, it was on the market for $65 million, but by the time he sold it in November it had come down to $45 million, which although expensive was actually $3 million less than the price at which it had been sold to 15Cpw Phb Ptc (Nyc) Limited just a year previously:

Sold after dropping the price by $20 million

Laogumnerd was apparently not prepared to wait around for a better offer and wanted to get rid of the flat that had been bought just months before, despite the substantial loss.  He  was also apparently no longer concerned to hide his identity, in the manner that the identity of the owner had been hidden from public view at the time of the original purchase.

It is perhaps no coincidence that records show that Jho Low’s property purchases in the United States were also handled by Mr McKim. Given Low’s friendship with Laogumnerd  maybe he recommended his lawyer, who advertises himself as a specialist in wealth management?

Matthew McKim first assisted Jho Low in the 2012 purchase of another record-priced mansion in Hollywood Hills. Again the young tycoon’s own identity had been hidden from the records with McKim acting as his representative.  However, Sarawak Report reported in 2014 that information had leaked out that Low was indeed the owner:

This ownership was confirmed by the DOJ court filing which sequestered Low’s 1MDB related assets including this house. In their third court filing in June this year the DOJ referred to Mr McKim as a ‘lawyer for DLA Piper’ who handled the purchase of the property on Oriole Drive, named the Oriole Mansion in the court papers. 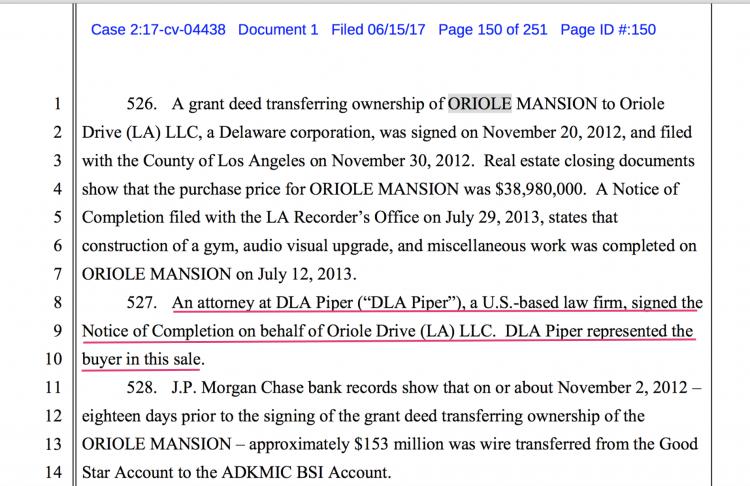 Confiscated by the DOJ

The FBI money trail showed that Jho used money from his company Good Star Limited to buy the property – part of the $700 million stolen from 1MDB’s original ‘joint venture’ with the company PetroSaudi.

Further public records related to the 2012 purchase, using the Delaware company Oriole Drive (LA) LLC, also cite Mr McKim as the Manager for the property.  On this occasion the lawyer utilised his formal office address at DLA Piper in Chicago: 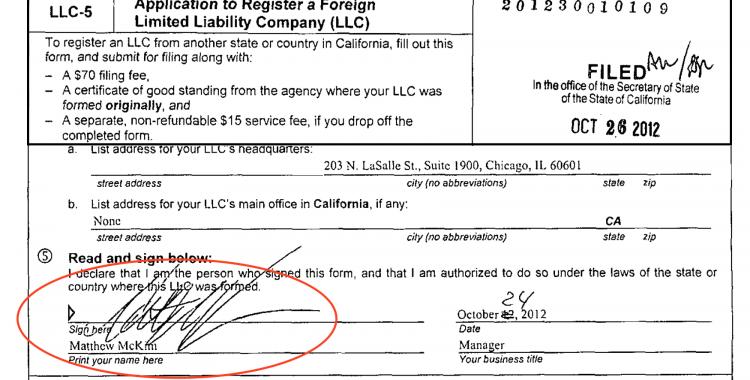 Likewise, Jho Low was also represented by Mr McKim for a second record-breaking property purchase by Jho Low in March 2014 – Flat 16, 118 Greene Street, New York.  Again the flat was purchased with money from Good Star, according to the DOJ, and again it has now been confiscated.

Our researches show that this Greene Street property purchase appears to have been structured in an almost identical fashion to that of the Central Park West penthouse later sold by Mr Laogumnerd and almost at the very same time.

Bought for a newsworthy $13,8 million, this property was also placed under a New Zealand holding company named 118 GREENE STREET PTC (NYC) LIMITED, which was notably set up on January 23rd 2014, just a few days before the company 15Cpw Phb Ptc (nyc) Limited that was used to buy the penthouse.

Both property holding companies had been incorporated by the same New Zealand agent and both were handed over on the same day 14th February 2014  to their new shareholder, DHA Piper lawyer Michael Legamaro, registered under his home address in Chicago.

On 15th April Michael Legamaro passed the shareholding of both 118 Greene Street Ptc (NYC) Limited and 15Cpw Phb Ptc (nyc) Limited to his fellow lawyer Matthew McKim as the new representative. Again McKim registered the two shareholdings under his personal home address (rather than his office address, which he had used for the Oriole Drive Mansion). 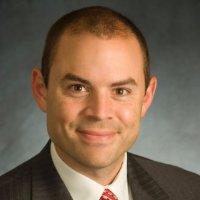 The property purchases ,which these two holding companies had been set up to own, were completed shortly after. Greene Street was bought March 5th the Central Park West Penthouse was bought in May.

Although Mr  McKim left DHA Piper in September 2014, he continued to act as the shareholder of the penthouse company in New Zealand until 21st October 2015 – at which point he handed over to Laogumnerd prior to its sale in November.

Prior to that, however, on 23rd July 2015, he registered in New Zealand that the other 118 Greene Street company had ceased operating and closed it. Jho Low does not appear to have sold the property itself however, since a year later when it was seized under the DOJ court order of 20th July 2016, it was described as being in Low’s possession.

The flat’s current estimated value is a mere $7 million, indicating that Jho Low paid hugely over the odds for the property using Malaysia’s stolen money.

From Businessman To Banker

As detailed, the Thai national Laogumnerd emerged in November 2016 as an Islamic banker in the off-shore haven of Mauritius. He became a Director of Century Banking Corporation based on the island, progressing to Chairman in February of this year (shortly before he emerged as the controlling shareholder of Jho Low’s previously owned company Myla in March).

Laogumerd’s arrival at the bank appears to have coincided with a significant upturn in the institution’s fortunes. Official data shows that the money deposited shot up 618% in 2016:

Owing to the shadowy arrangements behind these property holding companies there remain some unanswered questions. First, was Mr Laogumnerd the person who owned the Penthouse at the time of purchase as well as at the time of sale or did lawyer Matthew McKim originally represent another shareholder of 15Cpw Phb Ptc (Nyc) Limited?

Second, since Mr McKim had closed the parallel company holding Jho Low’s 118 Greene Street condo back in July 2015, under what entity was the flat being held when the DOJ announced its seizure a year later?