Gopi Made Over A Hundred Calls To One Top Cop - And CID Chief Called Him Back! EXCLUSIVE

If the IGP thinks it is not an issue that a score of top cops received calls from jailed suspect Gopi, what about the emerging evidence that those same officers were ringing Gopi back during the weeks before his arrest?

Sarawak Report has obtained phone bill records which show this to be the case.

Questioned by journalists over the connections between Malaysia’s top brass in law enforcement and the alleged gangster behind a police protection racket in Malacca, the Inspector General (IGP) has so far been dismissive.

So what that he and fellow officers had taken numerous calls from the suspected ringleader Gopinathan Krishnan,  known as Gopi, he maintained on Thursday:

“A lot of people have called me every day, just to wish me ‘good morning, sir’, ‘how are you today’ and wishing me well. I (think I have received) hundreds of calls every morning. Is that suspicious? You can check my phone and make an analysis from it,” he said.

“If you want to say that calls are something suspicious, well, I have commented about this and I don’t want to entertain (anymore). Sarawak Report has made up a non-sensible story,” he said. [Malaysiakini and other news portals] 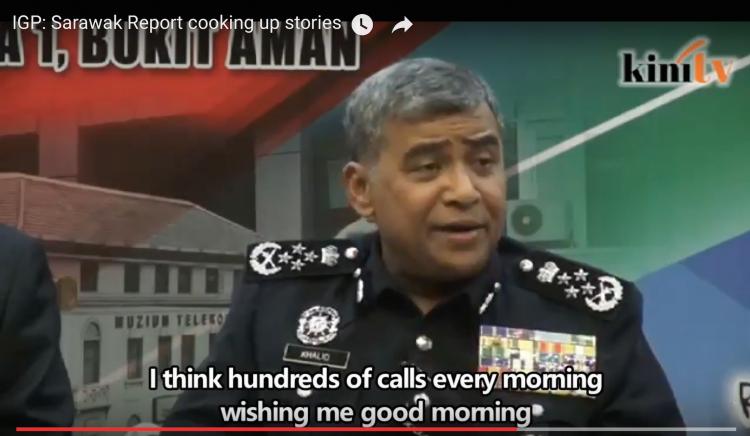 Quite apart from the concern that the country’s top police officer wastes time receiving such calls on his official handphone in his official time, this is clearly not a matter that sits well as a joke when no solid explanations have been provided for the calls.

However, Sarawak Report now has confirmation that at least one of these officers, none other than the Head of CID, Mohamed Salleh (phone number 0196000148) has himself  called Gopi (phone number 0126193971) back.  The call was at 1040 am on April 24th, which was not long before the latter’s arrest: 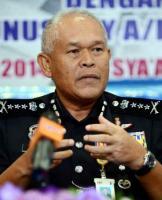 It begs the question why would he be in touch with such an apparently disreputable character, reponsible for organising the collection by Malacca police officers of huge sums of cash from gambling dens and massage parlours?

Does the IGP want to make a bit of a joke of this as well or might he now decide that a full and open explanation is rapidly in order from himself and all those caught up in Gopi’s web of top police contacts?

After all, the clutch of police officers already in custody have allegedly testified that they were forced to cooperate with Gopi, because the protection racket that was allowing these houses of vice to continue in business (in return for those cash collections) was organised by their superiors.

One Of Khalid’s Cops Received over 100 Calls From Gopi!

The remainder of the list senior police contacts confirmed by investigators as having been dialled up by Gopi during the four months prior to his arrest in May are as follows:

The fact that the Inspector in charge of controlling gambling in the Sungai Buloh district, Inspector Zulfadhly, received no less than 112 contacts from Gopi in the four months prior to his arrest is particularly notable.  Analysis by Sarawak Report of the records show that these calls were made throughout the day, from early morning, through the working day until late at night.

All times of day

Malaysians are entitled to wonder why?