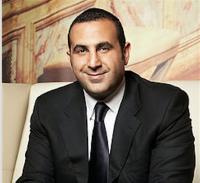 The lawyers said news articles of the time that suggested Nazarian was the owner were wrong and have now been taken down following our report. Sam Nazarian had another house in Oriole Way and Court listings suggesting the companies are linked are also mistakes.

In which case we accept the mistake and query whether Mr Nazarian may have become yet another victim of a by now well know manoeuvre on the part of the Low family, with whom he is known to have hung out on party nights?  The Lows developed a regular practice of creating companies with names that gave the impression that they were linked to other known concerns and not themselves.

In their letter Mr Nazarian’s lawyers further expressed outrage at the suggestion that their client might be fronting 1MDB’s stolen cash. In which case we accept his position, but we wonder why he is proceeding to do business with Mr Neil Moffitt, who has openly acknowledged to the DOJ that he “managed or manages several properties on behalf of Al Qubaisi” later jailed for his thefts from 1MDB?  The properties Moffitt managed and was willing to be reported as being the owner of, were bought with money stolen from 1MDB according to the court documents filed by the DOJ.

Mr Nazarian has openly publicised that he is preparing to merge his SBE Group with the Hakkasan night club empire, fronted by Moffitt but which was until recently owned by Al Qubaisi’s Tasameem Real Estate Company and funded by shareholder loans of $566 million. There was also a $20 million loan from Aabar, the sovereign fund of which Al Qubaisi was the boss.

Moffitt has insisted that Hakkasan was ‘ringfenced’ from Al Qubaisi’s other money (ie the half billion dollars stolen from 1MDB). However, Sarawak Report has published considerable evidence to show this was not the case and that money did flow from 1MDB into Hakkasan via Qubaisi’s Vasco Trust managed by Edmond de Rothschild Bank in Luxembourg.

Therefore, if Sam Nazarian wants to steer clear of any danger of benefitting from 1MDB money or being caught fronting for the thieves from 1MDB, we do suggest he keeps away from Neil Moffitt and Hakkasan altogether. Sarawak Report would not wish to intentionally besmirch Mr Nazarian’s aready shaky reputation in the wake of his denial of a Las Vegas gaming licence, owing to the evidence of substance abuse and links with the underworld, which publicly emerged during his application to the Nevada Gaming Control Board.

The board’s routine vetting of Nazarian, who applied for a gaming license, has now thrown his Vegas plans into disarray. Investigators unearthed recent cocaine use — along with about $3 million in payments to a felon with convictions for drug possession and money laundering. Some of the money was paid to a convicted racketeer and Death Row Records founder Suge Knight. ……The gaming board has serious concerns about prospective casino owners using drugs or consorting with felons, said Brown, a commission member since 2008 and a director of the law firm Fennemore Craig Jones Vargas. “It’s big,” he said. “It’s major.”  [Los Angeles Times]

A piece of business news emerged last week linked to the Las Vegas end of the 1MDB saga, as the Hakkasan nightclub chain revealed it is planning a merger with the outfit SBE, which is controlled by the man dubbed the Los Angeles ‘King of the Night’, Sam Nazarian.

Hakkasan and its lawyers have been aggressively denying any money has entered the business linked to its owner Khadem al Qubaisi’s half billion dollar kickbacks from 1MDB.  However, these claims would appear to merit a great deal more investigation by the authorities.

A diagram of this web of companies, provided by the bank (and obtained exclusively by Sarawak Report) shows how Vasco topped a network of concerns, including Tasameem and the owner of HKK, a vehicle named Grimaud (see diagram above).

The Vasco Trust, beneficially owned by KAQ, was funded between 2012 and 2013 from a series of hundred million dollar payments made by Jho Low controlled companies, including Good Star Limited and Blackstone Asia Real Estate Partners, which the US Department of Justice have identified as having been themselves funded by thefts from 1MDB. 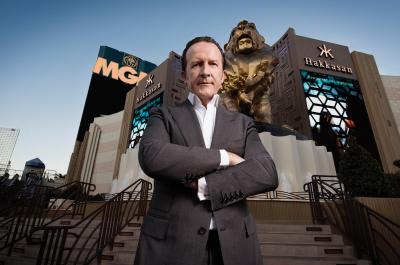 Sarawak Report has also (exclusively) identified that in late 2012, at the time Hakkasan was being launched in the US, at least $10 million dollars was directly paid by the tainted Vasco Investments SA to the corporate shareholder of Hakkasan, Tasameem Real Estate Company LLC.

Yet Neil Moffitt, the CEO of Hakkasan, has adamantly kept to his line that the business was ring-fenced from any of that dirty money now under investigation by the FBI and DOJ.

Al Qubaisi stepped down as Chairman of the nightclub chain only in May of last year, a few weeks before the US seizure of his other assets, but only to be succeeded by a close associate and relative, Khaleefa Butti Omeir Yousif al Muhairi – a shareholder in the same property management company in London.

The merger with Sam Nazarian’s SBE would appear to be a next step in distancing the business and its finances from the toxic source of 1MDB.