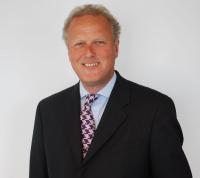 The web of coincidences continues within the increasingly small world of Najib’s international friends.

Le Temps established that, amongst other things, Giannakopoulos is an agent for the ‘big data’ SCL Group, also known as Cambridge Analytica, whose Southeast Asia office in based in KL. SCL specialises in influencing election outcomes and its Malaysia boss is an established BN public relations organiser.

Interestingly, it has been pointed out that one of the key shareholders of this British based company is none other than the UK politician, Lord Marland. 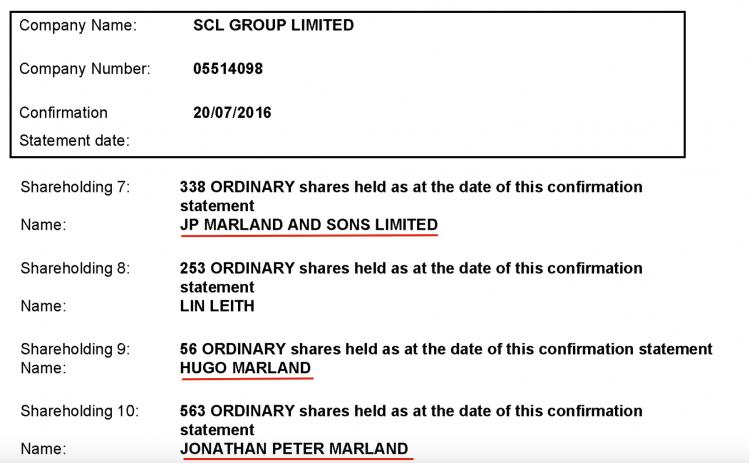 Shareholder of the company employing Giannakopoulos in Switzerland

Jonathan Marland, the businessman turned UK Lord, has had a prominent and close association with Najib, which burgeoned after this Tory party donor received a peerage and became one of David Cameron’s ministers in 2010. He was appointed Chairman of the British Business Ambassadors in 2011.

Indeed, it has been whispered that Marland managed to gain one of the cheapest peerages going from the Tories, not least owing to the money he was able to bring into the UK from Malaysia, thanks to his BN party connections.

Marland has been happy to take personal credit for single-handedly building the relationship with Malaysia and gaining vast inward investment into London from KL, reckoning it to be the biggest achievement of his short-lived tenure of ministerial office:

PR: What do you regard as your big achievement in office?
LM: …I think opening trade relationships with some of the biggest countries in the world which had completely died. I mean, Malaysia for example, you know, the amount of Malaysia monies coming in, the Kuwaitis, the Qataris, the Angolans, just starting countries that we had not done trade or had not had a minister to some of these countries… [Minister reflects]

Certainly, Cameron’s government showed an immediate interest in Malaysia from the day it took office in 2010, proclaiming that relations had been neglected between the two countries (particularly in the sphere of ‘trade’) for the previous two decades (presumably since the Pergau Dam scandal involving an earlier Conservative Government).

Marland spearheaded an enthusiastic ‘rapprochement’ through the High Commission in KL and was the key figure in organising hundreds of millions of dollars of Malaysian investment into the Battersea Power Station development, via the Employee Provident Fund and Sime Darby.  This was presented as a great PR coup for Cameron and then Mayor Boris Johnson. 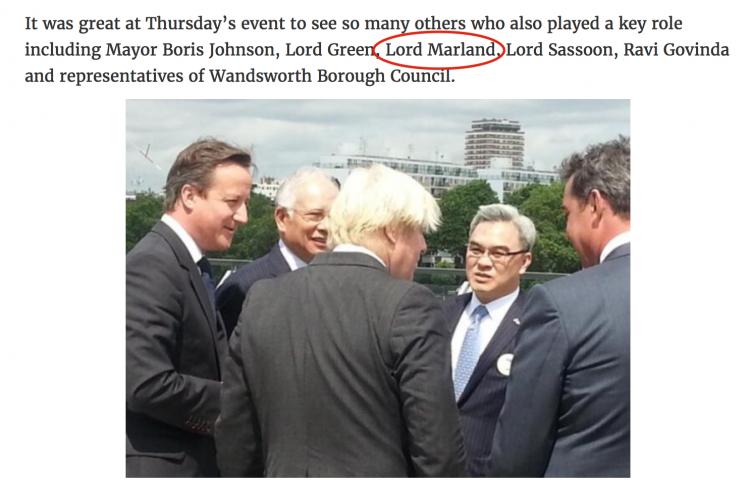 Marland was a ‘pivotal player’ over the Battersea complex – July 2013

However, locals have been less impressed at what has turned out to be a growing eyesore around the heritage building.  A clutter of tightly packed, prefab apartment blocks have been permitted by the development, crowding round the power station.  What’s more they  are being predominently marketed in the Far East, instead of to hard-pressed Londoners seeking homes in the capital. 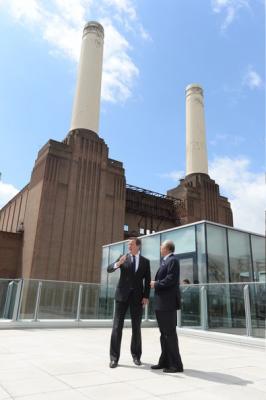 Najib posing with Cameron at Battersea 2013

Battersea was doubtless one of the reasons why little Malaysia was astonishingly listed as the top investor in bricks and mortar in London back in 2012/13.

The country was closely followed by Singapore (a conduit for much Malaysian cash) beating local UK buyers into third place in their own capital.

Another reason for this vast inflow of money, it has been speculated, was capital flight from Kuala Lumpur by BN cronies and politicians in advance of the GE13 election, which the opposition looked set to win (Anwar won the popular vote and would have taken far more seats had there not been massive vote buying, now admitted to by Najib).

Another proud moment for Marland?

A certain level of ignorance might be granted at the time to Jonathan Marland, concerning the levels of corruption lurking beneath the surface of all this money, which the Cameron government was so delighted to welcome into London. 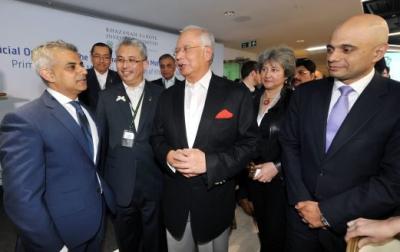 However, this could no longer be the case in May 2016, when Marland again personally organised a major trade and PR visit by Najib, many months after the Malaysian Prime Minister had been exposed as a kleptocrat and had admitted pouring billions illegally into his election campaign.

Worse, Najib had by that time illegally sacked the Attorney General, who had been seeking to investigate the thefts from 1MDB, dismissed his senior cabinet critics and closed down all the independent investigations in Malaysia into 1MDB. His newly appointed AG was refusing to cooperate with the numerous foreign investigations into the criminal theft of billions from the fund.

Yet, despite these glaring and criminal irregularities, Marland organised for his moneyed Malaysian friend to receive a PR boosting welcome in London from fellow Tory ministers and even Sadiq Khan, the newly elected Labour London Mayor, at none other than Malborough House near Buckingham Palace, which only two days earlier had hosted David Cameron’s much publicised anti-corruption conference. 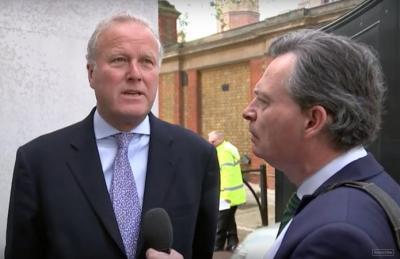 Numerous photo-line ups with these dignitaries along with the UK High Commissioner to KL, who had flown over for the occasion, were duly beamed back to Malaysia to inform the population that Britain approved of their bent PM.

When questioned about this strange behaviour by UK TV news crews, who had been following the 1MDB affair and reporting on the $681 million payment into Najib’s account (exposed by Sarawak Report) Marland pronounced that you can’t find a chap guilty until it has been proven in a court of law.

It means that in principle Marland would have been happy to do business with Idi Amin, President Bokassa.. you name it.  He can certainly rest assured that Najib isn’t going to allow any court of law to convict him back in Malaysia for as long as he clings to power.

If nothing else, Najib’s atrocious crack-down on human rights and his imprisonment of his main political opponent ought to have signalled to Marland that his pal was now beyond the pale politically, but no. 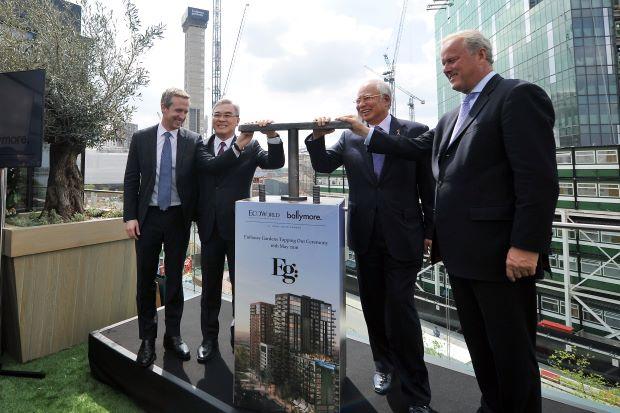 Marland (right) poses with Najib at the Battersea development May 2016

Indeed, Marland, in his current role as Head of the Commonwealth Enterprise and Investment Council, continued to boast from this illustrious position as late as last Christmas about his invitation of Najib to London as a highlight of his year of activities.

We look back on 2016 as another significant year for CWEIC having successfully widened and deepened our network across the Commonwealth. Occasions like our April (sic) visit from the Malaysian Prime Minister,…..[Lord Marland]

This was AFTER the US Dept of Justice had issued its devastating and detailed analysis in July of the money trail that showed exactly how Najib had filched a billion dollars from his own people from 1MDB!

At which point Sarawak Report feels entitled to ask if everything is entirely healthy with the relationship between Lord Marland and Prime Minister Najib?  Are there further private connections that the wider public has not been made aware of between these two political figures that might have impacted on their diplomatic and official activities?

Lord Marland will of course protest there is no such thing. But, it is unfortunate that it has now emerged that a private investigator linked to a controversial company part-owned by Lord Marland has now taken centre stage over concerns about black ops by Najib’s government, probing opposition figures and Sarawak Report over 1MDB.

Giannakopoulos’s Geneva ‘seminar’ has been exposed as a sham attempt to get close to people, who might be expected to know something about the progress of the foreign investigations into 1MDB and relations within the opposition parties.

He was also working closely with producers behind an unauthorised documentary film, which has been shadowing Sarawak Report’s investigations into 1MDB, for the whole two years since we broke the Good Star story.

Lord Marland has now been added to this web of intrigue around Najib Razak, who is plainly desperate to know what the opposition are up to and what foreign investigators into 1MDB plan to do next.  It makes for an interesting circle of collaborators, who will of course tell us they are nothing of the sort.