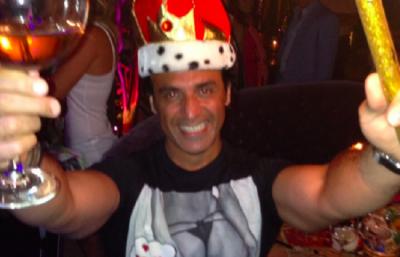 The 1MDB scandal has now claimed perhaps its most prominent banking casualty so far.

This was the same Ariane de Rothschild, a member of Europe’s most powerful and famous banking family, who had been declared ‘untouchable‘ by her entourage after being questioned on French TV about evidence produced by Sarawak Report showing her bank had handled half a billion dollars linked to Jho Low.

The money had passed through the Vasco Trust accounts of their top client, the then Aabar boss, Khadem Al Qubaisi.

Sarawak Report has been questioning the bank’s links to 1MDB since March of last year and in August the Chief Executive of the Bank, Marc Ambroisien, duly announced he would be stepping down from his job. 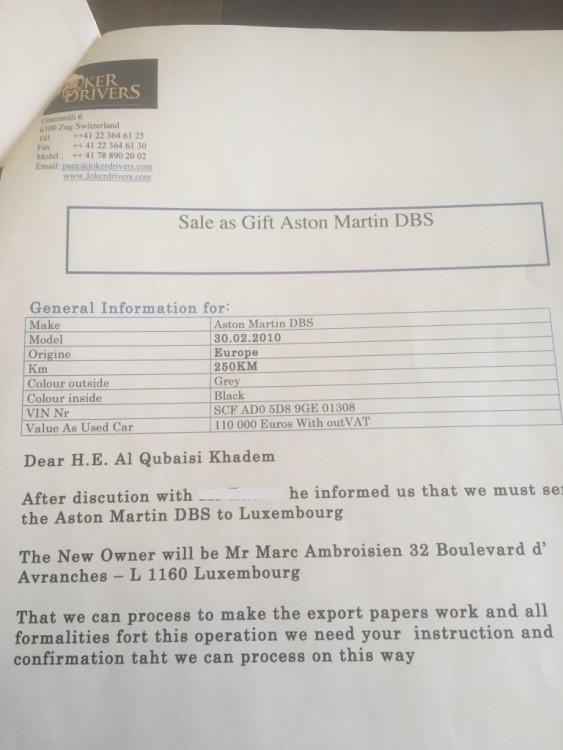 Ambroisien today claimed this document is a fake

We had also transcripts of recordings of a conversation with Ambroisien in which he advised the fund manager not to attempt to put his money through any other bank, because it would be rejected or frozen.

However, today in an exclusive interview with Lux Wort newspaper Ambroisien had declared that the document on the car was ‘fake’, saying that he had bought the vehicle with his own money. He also said that the recording, whilst genuine, had been quoted out of context. 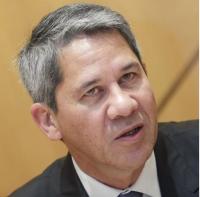 In his interview Ambroisien also told the Luxembourg paper that he is now fighting his case and denies all charges of suspicion against him.

He apparently had no reason whatsoever to consider Al Qubaisi’s vast transfers into his private trust accounts as at all suspicious. Ambroisien, who was accompanied by a lawyer, also said that all the Al Qubaisi transactions had been supervised at many levels throughout the bank, including its Headquarters in Switzerland and in France.

Several regulatory professionals had scrutinised the accounts of this politically exposed person, claimed Ambroisien, and not one had seen any cause for concern that a salaried fund manager should be banking hundreds of millions over a single year from a BVI account called Blackstone Asia Real Estate Partnership, which in fact had nothing to do with the globally known Blackstone Group.

If so, then Ambroisien has in taking up battle with the bank drawn in a far wider group of people who appear to have actively failed in their anti-money laundering duties.

This may explain the low-key departure of his President Ariane de Rothschild along with a swathe of no less than seven other top officials at the bank, which was registered on July 20th, but so far has not been publicly announced.

It can be no coincidence that the date of this mass resignation was the same day that the Department of Justice filed its notice on 1MDB, which included the seizure of assets belonging to Khadem Al Qubaisi in the United States, which had been purchased by money from the Rothschild Vasco Trust account.

The DOJ filing had explained in detail the exact money trail from 1MDB to Blackstone Asia (which was controlled by Jho Low) and then on to Khadem Al Qubaisi.

A cover-up that failed?

At the time of his own departure, Ambroisien has pointed out, there were no public acknowledgements of any concerns of his own conduct by the bank, despite the revelations by Sarawak Report regarding his relationship with Khadem Al Qubaisi.

Far from this being the case, the bank had announced last August that Ambroisien had departed of his own free will in order to pursue his personal career interests and that he would remain on the Board of the bank and retain close ties. He would even be allowed to continue as an agent of the bank, using its banking licence for the purpose, according to a letter signed by Ariane de Rothschild herself, in which she had announced her CEO’s departure and praised him for ‘exceptional service’ to the bank. 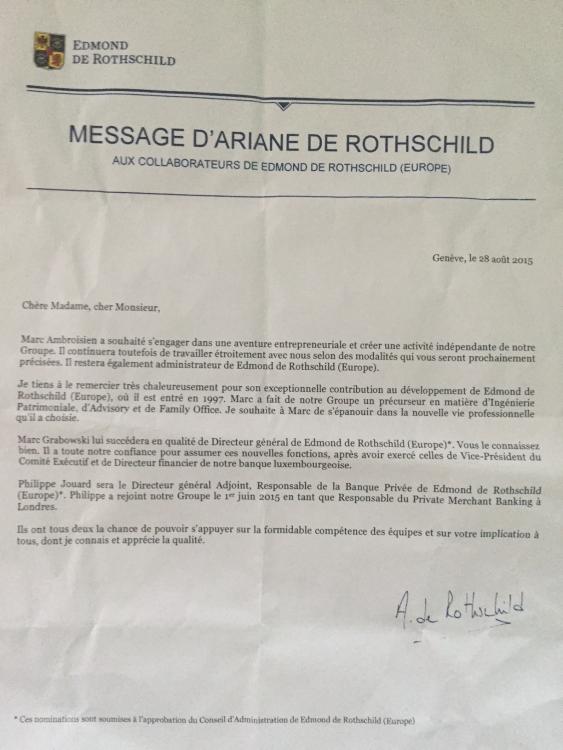 Whilst pursuing this continuing ‘close relationship’ Ambroisien acknowledges that he continued to act as the manager of several private companies on behalf of certain special clients of the bank, including Khadem Al Qubaisi, a matter that has also been reported on by Sarawak Report.

It appears that this cosmetic removal of Ambroisien had been considered sufficient by the bank for several months, despite Sarawak Report’s revelations and the growing number of investigations by international authorities.

Indeed, one piece of damning information obtained by Luxemburg Wort is that it was not until after the Cash Investigation report on French TV earlier this year that the Rothschild bank even filed a ‘suspicious transaction’ report to the regulatory authorities about the KAQ accounts.

Sarawak Report had been highlighting those very suspicions for over a year!

It appears to have taken a massive raid on the bank, which occurred in late June, followed by the revelations of the DOJ report to convince the ‘untouchables’ that they were indeed touched.

The full implications for the bank and Ambroisien remain uncertain as the parties fight each other and scramble to clear their names.

Nevertheless, back in Malaysia after his ‘Thai holiday’, Official Number One will doubtless be hoping things will be different and that those who are regarded as ‘untouchable’ remain so.