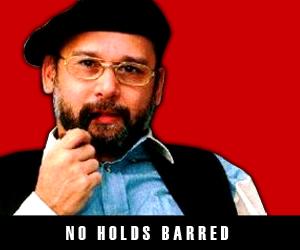 Sarawak Report has no evidence (and indeed no opinion) on the details of the alleged libel in this present case. However, we do have volumes on the non-trustworthyness of RPK.

Our evidence shows that it is barely relevant whether what RPK says at any given time is true or false, because the man is so deceitful, discredited and unreliable.  If something true needs to be revealed, therefore, then a more credible outfit will have to be persuaded to publish it instead.

As for the recent jumping up and down by RPK, demanding to be sued in this matter by Mr Muhyiddin, let us inform the world how RPK reacts when he is actually sued.

First the cringing fellow pretends he doesn’t reside at his own address and that his wife and his son don’t know him and so cannot pass on legal letters addressed to him.

When that doesn’t work he next he pleads utter poverty and mewls that it isn’t worth suing him, since he has no money and has no assets to pay up when he loses.

But, even more laughably, RPK once backed in a corner, denies that he actually is responsible for his notorious platform, the blog Malaysia Today!

How things were before we issued proceedings…..

I am not responsible for Malaysia Today!

Malaysians, including the handful who remain regular readers of Malaysia Today, will be doubtless rather astonished to learn that RPK is now formally denying that he controls the blog, which has been the source of all his puffed up notoriety.

Yet this excuse became his prime defence when challenged to defend his case in court by Sarawak Report.

The same archive story after the legal action – RPK has disappeared and Julian Khoo has assumed responsibility for the story!

The doughty accuser, who had earlier made a string of outrageous and untrue accusations about the Sarawak Report Editor, had by then turned yellow, of course.

To begin with he had written apocalyptic pieces about having “crossed the Rubicon” and being ready to fight even unto jail, in order to defend the man he described himself as being a “proxy” for – i.e. Prime Minister Najib Razak:

“…do your worst. We have both now crossed the Rubicon and there is no longer any turning back. And as much as they may try to oust Najib Tun Razak, he is still going to be the Prime Minister of Malaysia long after I come out of jail.”[April 10th]

But, as the deadline for a formal reply in legal terms arrived, RPK’s tail dived firmly in between his legs.

An email arrived at SR’s lawyers with just hours to spare, in which RPK denied he was any longer responsible for Malaysia Today, saying that instead it is run by anonymous characters in KL, over whom he has no control!

Yes, he does write the occasional opinion piece for the outlet, RPK explained, but none of those had raised any of those false allegations Sarawak Report was objecting to (untrue).

RPK went on to say that we really needed to address our concerns to the Editor named on the present masthead of Malaysia Today … a chap by the name of Julian Khoo.

Meanwhile, the afore-mentioned ‘Mr Khoo’ had simultaneously issued his own formal apology in the blog itself – a major first in that Malaysia Today had uttered the ‘S’ word (sorry) for the first time ever!

RPK was plainly hoping that this dual strategy of semi-apology and semi-denial would ward off SR’s famously mean and hungry firm of lawyers and get him off the hook over all the lies he had uttered in his proclaimed role as Najib’s proxy.

RPK/ Mr Khoo appear to have removed their apology when we indicated it was inadequate and more needed removing from the site!

However, Sarawak Report suggests that Mr Khoo is a fiction and a deception, invented in a sorry attempt to save face and prop the puffed-up ego of the ranting Mr Kamarudin.

We have evidence to this effect, which we would be happy to lay before those British courts, which RPK is now running from as fast as he can muster.

Specifically, before we sent our legal letter to RPK we took the obvious precaution of capturing an entire copy of the website Malaysia Today. 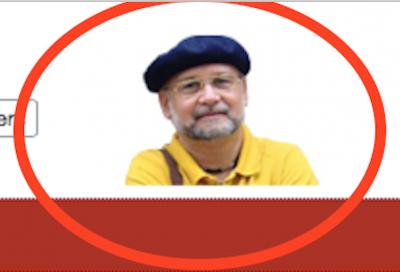 Prior to our legal challenge this picture stated RPK’s editorial imprint on the top of each article published. The terms ‘admin’ or ‘super admin’ accompanied articles not authored by himself.

There was no sign then of any Mr Khoo, just a picture on the masthead of each and every article showing the self-important RPK, in his favourite pose sporting a beard and cheeky chappy beret.

A week later, on the day of his apology and denial, the entire site had undergone a sudden transformation!

Mr Julian Khoo had been introduced as the ‘Editor’ on the masthead of nearly every article on the site, dating right back through the archives to the very first utterings on Malaysia Today.

Likewise, the cheeky chappie photograph of RPK had vanished from the top of those self-same articles!

SOMEONE had taken a very risky and deceitful decision, therefore, to try to alter and disguise not only the present but the past on Malaysia Today.

BEFORE – RPK took ownership of his articles

This is extremely easy to detect and prove, Me Lud: not only does our own captured copy of the site show exactly how SOMEONE has attempted to retrospectively alter it, in order to introduce a Mr Khoo (who simply did not exist as Editor before that date) and remove the presence of RPK, but every other public web archive also shows the same discrepancy.

AFTER – RPK has removed his own picture and placed the name of the mysterious new ‘Editor’, Mr Khoo on all his archived material

Look at any regular archive service on the net and you can demonstrate the exact same phenomenon.  Sweeps of Malaysia Today taken prior to our legal letters, right up to March this year, feature RPK’s picture on each and every article, while Julian Khoo is absent.

Compare these to the present site and Mr Khoo has miraculously replaced RPK on articles, which he did not claim ownership of until the day of the apology.

This is why Sarawak Report says we have hard evidence of RPK’s deliberate deceit and lying. He is a man of such pathetic vanity that when forced to say sorry (or face the music) he has to invent a ‘Julian Khoo’ to do it for him.

It naturally fits in very well with the harping, racist theme of RPK’s unpleasant ranting that he has given a Chinese name to this particular whipping boy – it seems he didn’t want to ‘humble’ his core constituency either. 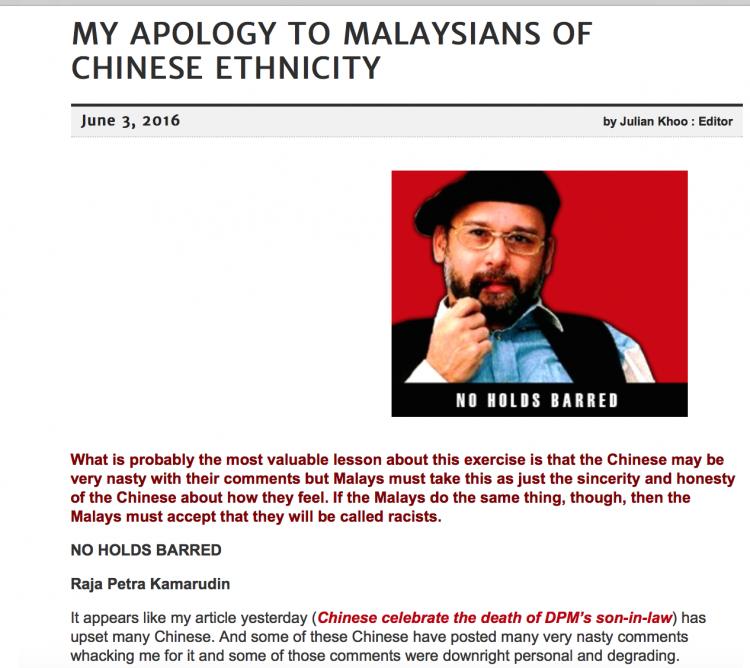 At which point it befits to mention that, of course, the proud ‘Malay blogger’, who pours bile on non-Malays, is not actually Malay anymore himself.

RPK has managed to gain refuge from his numerous detractors in Malaysia over in the UK, thanks to a Welsh mother.  He has taken a UK passport, which means that his Malaysian passport has been removed under the country’s nationality laws.

Since the offensive RPK would never dare swap back his present status as a passport holder of the more tolerant United Kingdom, his claims to be a ‘real Malay’ are therefore as bogus as much of the rest of what he writes.

In fact, he has no more or less of a right to an opinion on matters in Malaysia than Sarawak Report, even according to his own bigoted, racist criteria.

So, before RPK challenges the former Deputy Prime Minister of Malaysia to waste time suing a penniless foreign refugee abroad, who is known to be truth-shy, he should first present to the world this alleged new Editor of his site, the intriguing ‘Mr Julian Khoo’.

If this Julian Khoo is based in Malaysia, runs a business and is indeed RPK’s alleged publisher, he might certainly be worth taking to court.  But, right now, few people are likely to believe that he actually exists.

If he does exist, then plenty of people with issues about Malaysia Today would doubtless be most interested to have his full contact details.  They would also be able to ask him why he is now willing to take on ownership of ten year old articles, which until mid-March boasted RPK on their masthead instead?