Investigators into the missing billions from 1MDB, which have now been connected to the US-based step-son of the Malaysian Prime Minister, Riza Aziz (aged 35), might do well to examine the activities of a company opened by his wealth management advisor, which boasts access to large amounts of capital ready for immediate investment.

Panavista LLC, a New York registered company, which has close links with Aziz, has been approaching businesses with offers to invest millions of dollars. The company is actively seeking to invest in multiple ventures on a global basis, these businesses have been told.

The company, which was established just last year, is run by LA tax lawyer, Debra Whelan Johnson, who describes herself as “an asset manager for high net worth entertainment professionals”, together with two prominent New York legal partners Stan Pottinger and David Boies of Boies, Schiller & Flexner L.L.P.

However, the company appears to be closely linked to Aziz himself, who has been described as the investor behind it to potential business partners.

Whelan Johnson is also the manager of Riza’s private and business affairs through another of her companies called Metropolis IX.  In one case, a British national, Craig Vincent Pallister, was hired by Metropolis IX to manage Aziz’s personal security, at the same time as he was looking for new investment opportunities and contacting businesses on behalf of Panavista.

One person who has engaged with Panavista told Sarawak Report, “I was reliably told that their source of wealth is linked to Riza Aziz and I am not aware they have any other major investors at this time”. 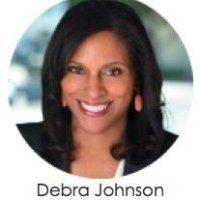 The key player at Panavista is the party loving US tax lawyer Debra Whelan Johnson, who has been tied to Riza Aziz since she handled his account as his ‘wealth manager’ at the LA firm NKSFB.

When Sarawak Report first questioned the origins of that wealth, which included two expensive properties in Beverley Hills and a multi-million dollar flat in New York, plus major investments in top films such as Wolf of Wall Street, it was Debra’s then husband, Channing Johnson, who threatened to sue on Riza’s behalf.

That case collapsed and Debra left her job at NKSFB. However, Hollywood insiders have informed Sarawak Report that she has remained extremely close to her youthful client and that he was her core business when she then set up her own operation, Metropolis IX LLC.

Johnson frequently travels with Aziz, attending parties and events on the Hollywood celebrity circuit.  She is Riza’s ‘gate-keeper’, insiders have explained, and the life-style enjoyed by this set is extremely lavish:

“There is no expense spared when it comes to chauffered limos, the best restaurants, parties at the top clubs, tickets costing thousands of dollars for celebrity events and of course, designer luxuries and business class travel” one associate has told SR.

Debra and her entourage also have full access to Riza’s properties, which include the 7 story luxury mansion bought by his parents (Rosmah and Najib) next to Buckingham Palace in London Victoria and two Hollywood mansions in Beverley Hills.

“He lives in one [Beverley Hills] mansion, which he bought for US$17 million and then tore down and re-built for another $35 million. And there is a second mansion, which he seems to use for guests and business associates” explains one informed source.

It now appears that it is Whelan Johnson, who has been entrusted with managing all aspects of Riza’s life, including investments, property developments and security, although business contacts have complained to Sarawak Report of an air of unprofessionalism and slack practice. 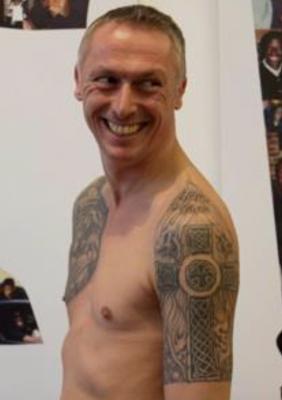 In one case, a British scrap dealer with entrepreneurial ambitions, named Craig Pallister, who met with Whelan Johnson at the Groucho Club in London last December, was swiftly absorbed into the inner circle of the company.

Pallister initially explained to these contacts that Panavista was a vehicle for the producer of the Wolf of Wall Street, namely Riza Aziz.

Documents obtained by Sarawak Report show that Pallister signed a non-disclosure agreement with Whelan’s other company Metropolis IX, as part of an employment agreement, which particularly referred to discussion of the affairs of Riza Aziz.

Section 1(c) of the agreement was entitled ‘Confidential Information of Riza Aziz’ – no other individual was referred to in the document:

Pallister was also hired by Metropolis IX to manage one of Aziz’s security contracts worth over $600,000 assigned to LA based, Aegis Security and Investigations Inc. He boasted that the job would involve him spending 10 days a month in LA, where he enjoyed luxury living, thanks to Debra Johnson’s expense account.

Pallister was also engaged as an armed security guard at VIP events hosted by Riza Aziz, after claiming he had close protection expertise. However, associates say he had no experience, recent training or licence to do so. 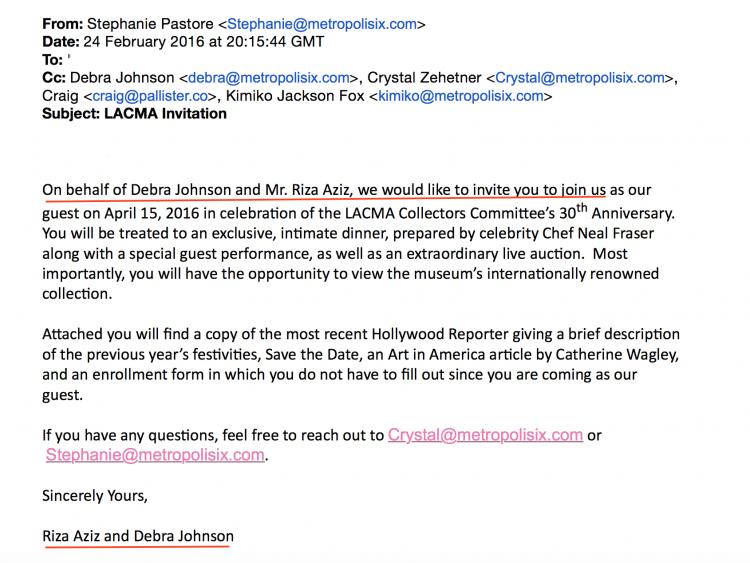 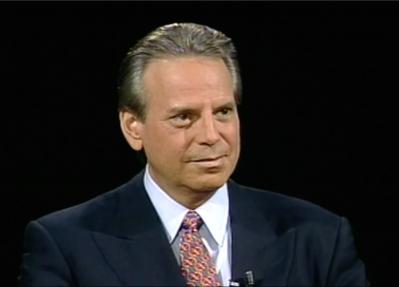 Stan Pottinger, US lawyer and best-selling author, flew in to London to attend the investment meeting

Debra Johnson’s unusual business tactics at Panavista have been highlighted by a series of business negotiations, where details have been passed to Sarawak Report.

UK businessman Nick Bradley was encouraged to meet with the company in London in January, after Pallister had told several contacts that he had huge investment opportunities available – backed by the producer of The Wolf of Wall Street.

Bradley has a valuable new technology and and was informed that Panavista were keen to throw millions at his project. Sarawak Report has learned this was only one of a number of global investments that Panavista are planning. 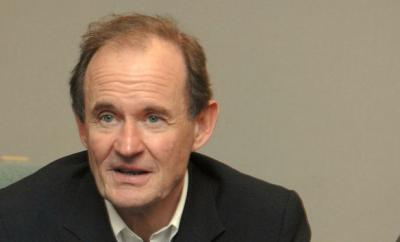 Initially, Bradley was courted by Panavista at an expensive Berkely Square restaurant in Mayfair where Debra Johnson, Stan Pottinger and Craig Pallister discussed his new project.

The next morning they invited Bradley to a meeting at a prestigious address near Buckingham Palace, which they explained was owned by the investor Riza Aziz, who would attend the discussion.

Sarawak Report has established that this address was none other than the home purchased by Najib Razak and Riza’s mother, Rosmah Mansor, at Lygon Place, Belgravia.

“In the end Riza did not make the meeting” says Bradley and the location was moved at the last minute to what was described as a film production office, which is adjacent to Lygon Place in a serviced office centre at 32 Ebury Street.

At this meeting Johnson, Pottinger, Pallister and a lawyer Matthew Schwarz, who works for the law firm Boies Schiller & Flexner (BSF) in New York, were present. The Chairman of BSF is David Boies, considered one of America’s most prominent lawyers and cited by Panavista as the company’s named legal counsel.

Panavista’s promotional document places itself as an “intermediary” for investors..

“How big a cheque do I have to write?”

Despite the apparent access to investment cash, Bradley’s company and his corporate advisors say that over the following weeks they became concerned over the alleged unprofessionalism of Whelan Johnson and Pallister. 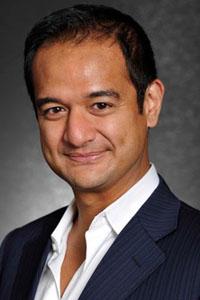 They say they also harboured concerns about the source of the investment capital. In one meeting with Pallister and Whelan Johnson, delegates for Bradley said they were surprised to be repeatedly asked by Pallister “How big a cheque do I have to write to do the deal right now?”.

Bradley’s representatives reminded Pallister that he “was not in a position to write multi-million pound cheques.”  So, whose money, they wanted to know was Panavista so eager to invest?

Bradley’s advisors have confirmed they asked Panavista several times to confirm exactly where their money originated from and, in the absence of a definitive reply, say they were only able to conclude that Pallister’s original assertions were correct and the source was indeed the Malaysian, Riza Aziz.

Subsequently Bradley received two more offers of investment from Panavista directly from Stan Pottinger and David Boies, which he described to Sarawak Report as ‘genuine but lacking in clarity’ and ‘misaligned with the global ambitions of his company’.

Ultimately Bradley and his team withdrew from the negotiations with Panavista and he walked away from a £6.6M proposition.

Sarawak Report has enquired from Panavista whether their investors include Riza Aziz, whose company Red Granite Pictures issued a statement today again denying it has received any money from 1MDB.

“Red Granite has received hundreds of millions of dollars in financing over the last six years from a variety of sources, including top-tier US commercial and investment banks,” according to the statement made to Bloomberg

In which case, Sarawak Report would like to know if this is also the source of the money now being re-invested through Panavista in global ventures controlled by Debra Whelan Johnson and her partners?