An unfortunate pattern has emerged.

Last year, the UK’s Prime Minister, David Cameron, attended an anti-corruption conference in Singapore and then went straight on to KL, the day after Najib had sacked several colleagues and closed down one of the world’s biggest anti-money laundering investigations – against himself. 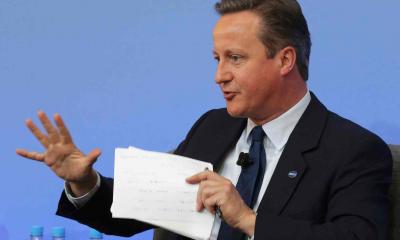 This year, Cameron hosted the conference in London, whilst lamenting to the Queen that some of its delegates were themselves “fantastically corrupt”.  And now, two days later, with that same pesky investigation still nipping at his ankles, Najib has flown into town to discuss trade deals with Tory ministers.

After landing in his Presidential-style personal jet (paid for by Malaysians) in the private Farnborough Airport early Sunday, Najib is due to travel in his usual string of limousines to his favourite hotel group’s iconic flagship – the Shangri La, in London’s Shard.

Next, according to his itinerary, he (and more importantly his profligate wife) will spend ‘down time’ in London’s West End shopping Mecca.

The couple will not be staying at any of their known London residences, whose beneficial ownership will now have to be openly declared, according to Cameron’s own key anti-corruption initiative announced at the conference last week.

This will catch out several super-wealthy, politically connected Malaysians and it is feared that Central London’s property prices are likely to take a serious knock. 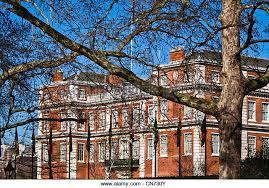 Another laudable development is a further squeeze on Britain’s lawless off-shore tax havens, ‘Treasure Islands’ like the BVI, which villains such as Jho Low and his backers have used to hide the ownership of companies, which open and close like clams as they pass great quantities of stolen cash.

So far, these changes are not enough and armies of tax advisors, wealth management consultants, bankers, lawyers, image creators and accountants will be lining up with new alternatives for the politically corrupt from the emerging economies and western business sharks.  Much more needs done, more quickly.

Meanwhile, on Monday morning Najib will be off to none other than Marlborough House on the Mall, over looking Buckingham Palace, to engage in trade talks with his British hosts (agenda below). Arms purchases are definitely Najib’s favourite area in this respect, because such immense sums are of course involved, with so much potential for collateral payments.

The British are likewise most enthusiastic to make such sales, as will be Russia, which happens to be Najib’s next important stop.

Marlborough House was in fact the very venue for last week’s anti-corruption conference, (as Sarawak Report’s Editor had noted, whilst walking the dog in St James’ Park).

How coincidental is that? 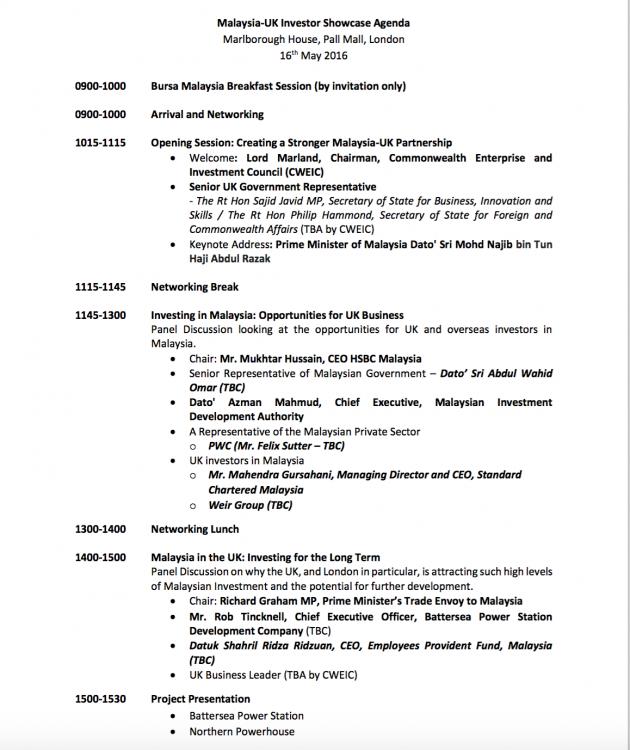 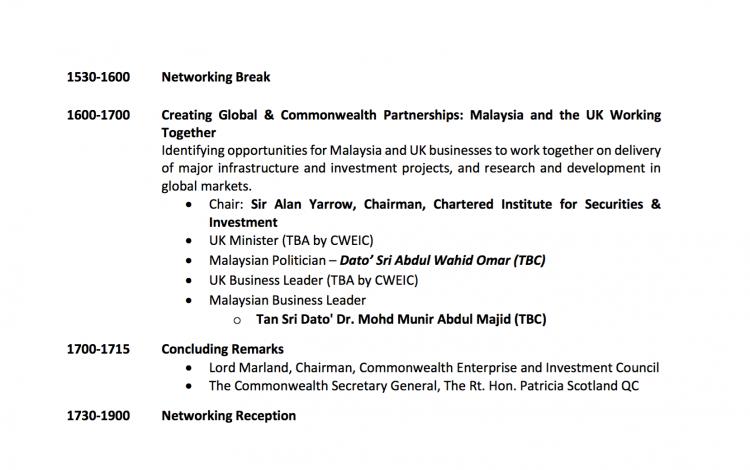 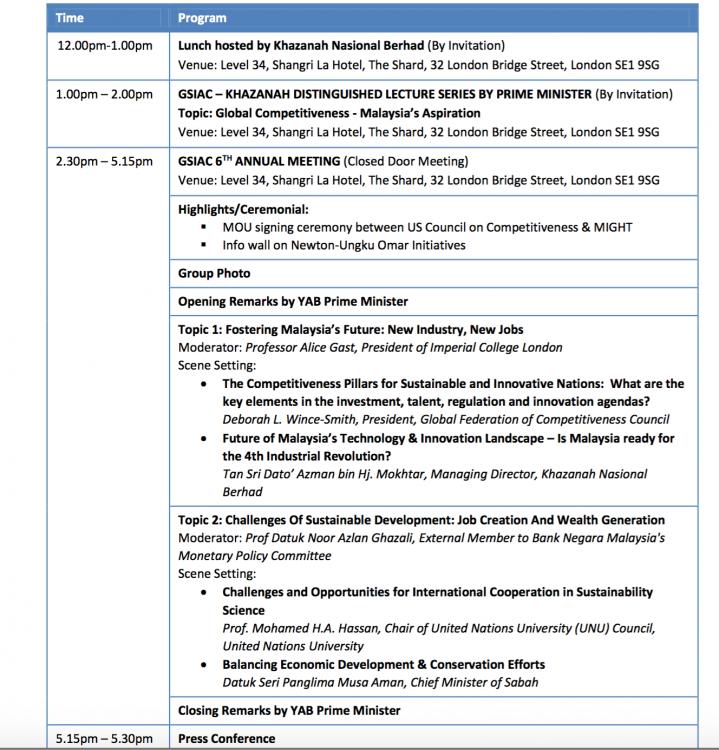 After which, the Prime Ministerial couple depart to the world’s most notoriously wasteful Sochi holiday resort in Russia to continue their trade talks on the Black Sea with the agents of President Putin.