Radio Free Sarawak has revealed that Chief Minister Adenan Satem’s direct candidate for the Repok constituency, SUPP business tycoon Huang Tiong Sii, is the man behind MM Golden (M) Sdn Bhd, a company that clashed with the community fighting against the controversial Baram Dam for intimidating locals, blocking them from entering their native lands and illegally plundering timber from the area. 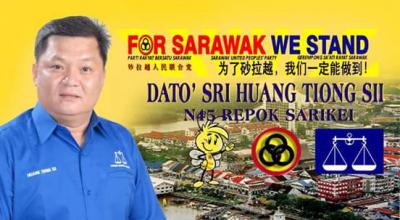 Our revelation comes just days after a press conference, where Chief Minister Adenan Satem, lashed out at critics for not giving him credit for cancelling the Baram Dam circulated on social media.

Anti-dam blockaders remain unsure if the mega-project has been officially cancelled and are waiting for a “black and white confirmation”, so continue to man their blockade.

In 2014, land owners from Long Keseh and Long Na’ah became aware of logging activities on their native lands by MM Golden and submitted an official complaint to the Malaysian Anti-Corruption Commission (MACC) and lodged a police report against the company, the Forestry Department, Sarawak’s Ministry of Resource, Planning and Environment and the Ministry of Natural Resources on the grounds that their native lands were being illegally logged. 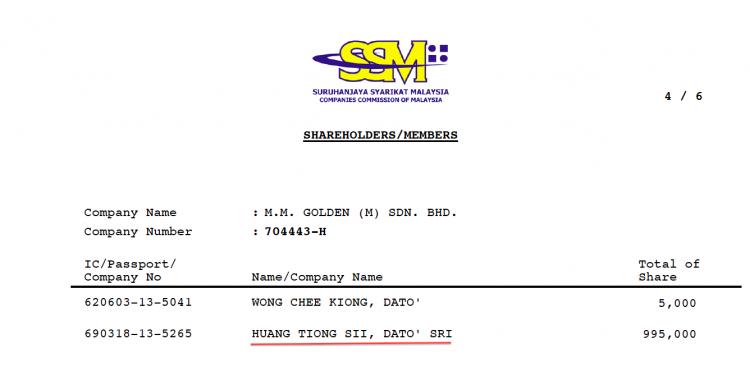 Later that year, the company set up a logging camp near to the proposed Baram dam site, which was often manned by police and forestry officials. It was an issue that was raised by local communities and human rights groups at the time, who expressed concern over an “intimidating presence” in the area. The company also set up a road block to prevent the community from entering their land.

“The role of the police is to stop crime. The extraction of logs in the area of the proposed Baram Dam is a crime because the lands belong to the people of Long Kesseh and Na’ah.” said SAVE Rivers Chairman Peter Kallang

Don’t vote for this kind of person, don’t give power to the robbers! We don’t want a warlord to govern us. 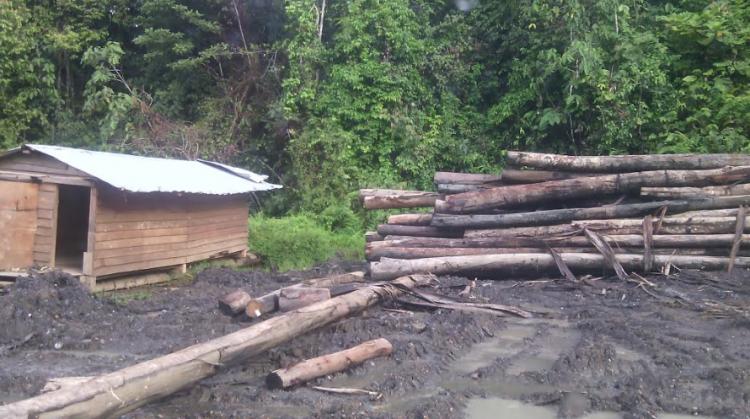 Up until now, locals have been in the dark about who Mr Huang Tiong Sii was. In fact, his candidacy was a surprise to his own party SUPP, who expressed alarm that Adenan had overridden their own choice for the Repok seat. 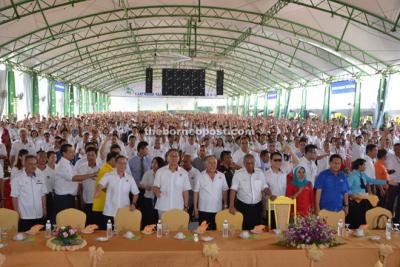 According to reports, Huang Tiong Sii also has timber concessions in Papua New Guinea. A country which has been aggressively destroyed by some of Sarawak’s biggest logging conglomerates, also known as the “big 6″.

The new Chief Minister has come under scrutiny in recent weeks after courting Sarawak’s “big 6″ logging firms prior to the state election. Despite promises of cracking down on large scale and illegal logging in Sarawak, Adenan has attended grand events with the employees of Samling, WTK, KTS, Rimbunan Hijau, Shin Yang and Ta Ann urging them to vote for BN or face losing their “rice bowl”.

He has also taken the unprecedented move of appointing several so-called ‘Direct Candidates’ for BN, answerable to no party, only himself, in this election, no less than six of whom are themselves tycoons, whom Adenan has spent the past two years pretending to put in their place. Huang Tiong Sii is one.

Such tactics have been rightly condemned by electoral watchdog Bersih, who have expressed concern over handouts, bribery and gross intimidation, including the letter sent by BN’s Assistant Minister for Rural Development and Housing, Francis Harden to the Education Department seeking to sack teachers he accused of campaigning for the opposition.

This story joins the growing list of land grabs taking place under the current Chief Minister, whose reformist mask has entirely slipped at the final hour for all to see.

The Baram community continue to man their blockade against the dam until they have cancellation in writing.

His cosying up to Tiong is particularly obnoxious in a week when further allegations of gross human rights abuses by his family firm Rimbunan Hijau in Papua New Guinea have come to light. 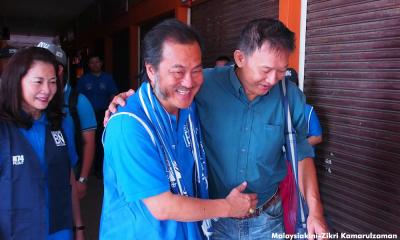 Using his ill-gotten gains to curry favour with the poor

Meanwhile, it is no short of staggering that this Chief Minister, who has sought to court popularity by criticising timber tycoons, has further engaged none other Hii King Chiong to enter politics as a candidate for the first time.

Sarawak Report and others have exposed several scandals tied to Hii and his unhealthy links to the family businesses of Taib Mahmud.  Hii was further unmasked in the film by Global Witness “Malaysia’s Shadow State” which caught on camera the dirty practices used to cheat native land owners.

Now, like so many of his ilk, this family are using their immense wealth from cronyism to curry favour with local voters, in order to entrench their position politically as well. Hii would now have people know that he has joined Jho Low and all the other 1MDB crooks as a self-proclaimed philanthropist.

It seems Adenan planned to dupe Sarawakians, who were desperate to see a change.  Many hoped to trust his talk of reforming timber corruption and criticising Taib, even though he had worked alongside this despot during his entire 35 years of misrule. Yet, if proof were needed, he is now employing the same tactics as his master to roll back opposition seats. 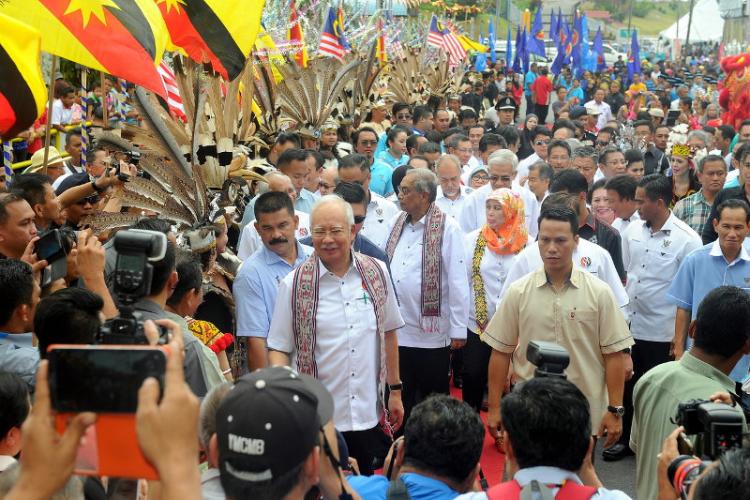