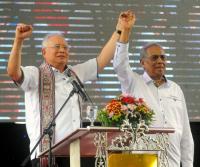 Najib is telling his paid inner circle that following the Sarawak election ‘triumph’, presently being gerrymandered, he will square the 1MDB issue with the top brass in Abu Dhabi, ‘just like the Saudis’.

He has put in for a meeting with the Crown Prince Mohammed straight after the Sarawak ‘win’, in May, according to our information.

Certainly, when he pulled off the IPIC bail-out of 1MDB, this time last year, it had created a grand impression with this self-same inner circle:

“See, I just have to ring up my Arab friends and they give me the billions we need”,

he is reported to have said to the great admiration and relief of his listeners.

However, it is now universally realised that this bail out was negotiated with a couple of crooks, then in positions of trust at Aabar/IPIC, who had become enmeshed in a series of conspiracies to help insiders defraud 1MDB.

That reality was finally admitted by 1MDB’s own CEO at the weekend.

Those two crooks, former Aabar Chairman Khadem Al Qubaisi and his CEO Mohamed Al-Husseiny, have since been sacked and IPIC’s new management have publicly pointed out that their fund was also the victim to the self-same fraud, which funnelled some US$3.5 billion through a bogus subsidiary in the BVI, depriving IPIC of a promised multi-million dollar payment and signing Abu Dhabi up to guarantees that it had no need to get involved in.

The key beneficiary of that fraud, of course, was Najib himself and it seems unlikely that he will get any sort of a warm welcome in the Emirates, now that the world has worked out what happened.

To the contrary, the screws are turning, as Abu Dhabi starts to extract itself from an outrageous predicament – and it is Najib himself who is secured firmly in the vice.

It was Sarawak Report who revealed last month that Mohamed Al Husseiny was under house arrest in Abu Dhabi, pending an extradition request from the United States, where he holds citizenship.

We can now further confirm that his former boss, Khadem Al Qubaisi, regarded by many as ‘untouchable’ till now, is also held under arrest in Abu Dhabi.

The Abu Dhabi authorities have issued the former top business player with a multi-million dollar repayment demand and banks worldwide have frozen his assets:

“He has given them [Abu Dhabi authorities] power of attorney over all his affairs and they have seized all his assets”, one contact has told Sarawak Report, “soon enough there will be a confession and that will implicate the responsible parties”.

Under such circumstances one can understand why both Najib and his wife Rosmah are said to be receiving injections in order to sleep at night.

Indeed, if there was any doubt of the seriousness of the action currently being taken against Khadem Al Qubaisi one need only research what has happened to Aabar and to his own positions in the private sector over the past few weeks.

Key companies purchased by Qubaisi have been obliterated from the Aabar Investments public portfolio overnight:

In a stroke late last month the history of the company was suddenly re-written. All the key investments set up by Khadem, including RHB Capital and Falcon Bank are no longer featured on the IPIC subsidiary’s website. 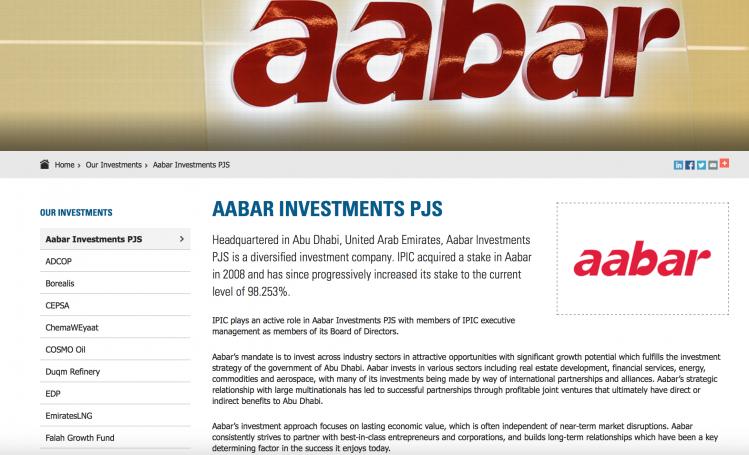 These investments totalled circa US$5 billion, according to SR’s research calculations.  So, does this mean the ventures were discovered to be not strictly belonging to the IPIC fund and were rather linked to Khadem himself, in the manner of his investments in the Santander building or is there some other reason?

It leaves significant question marks over the status of ownership of major developments such as Lamar Residences, once under Aabar Properties – an investment representing around half a billion dollars according to our researches: 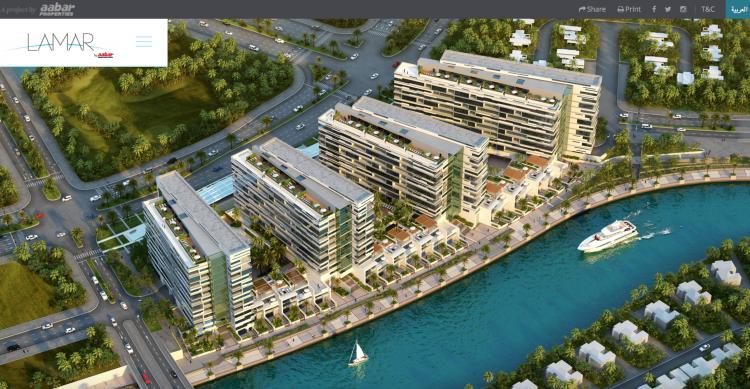 Half billion dollar investments under Aabar properties, no longer cited by IPIC online

Moreover, Khadem has been levered out of all his remaining roles in his private affairs over the past few weeks, a sure sign that his powers of attorney have indeed been surrendered as reported.

These include the Las Vegas based Hakkasan Nighclub and entertainment empire, which observers believe must have engaged at least $2 billion dollars in terms of investment.

On April 4th the CEO appointed by Al Qubaisi made public that his boss had resigned as Chairman:

“Mr. Al-Qubaisi has resigned as Chairman of Hakkasan, and is no longer involved in the operation of the company.” [Neil Moffitt, Hakkasan CEO]

Given that Al Qubaisi and his brother were the 100% owners of Tasameem, the company which in turn owns Hakkasan that was a stunning admission.

Al Qubaisi has also resigned from First Energy Bank, of which he was the major shareholder and his brother Darwish also stepped down in February as a Director of the Oracle shopping centre and related enterprises in Reading in the UK.

Meanwhile, it has been confirmed known that Al Qubaisi’s companies in France, including several real estate ventures are also being investigated by the Luxembourg authorities, who are examining his Edmond de Rothschild bank account which sourced this network of acquisitions.

It seems fair to assume, therefore, that the game is up for Khadem and he will indeed cooperate.

Meanwhile, at the close of markets on Monday 1MDB’s bluff was fatally called and found wanting.

The calculated unravelling, begun with the IPIC announcement to the London Stock Exchange on 11th of April that it had indeed been cheated by a bogus subsidiary. It had been timed with a deadly precision, say informed insiders:

The announcement followed 1MDB CEO Arul Kanda’s brazen announcement that his ‘rationalisation plan’ for the fund had “worked” leaving a comfortable RM2.3 billion to cover its expenses and just after a devastating PAC report had upheld all the criticisms of fraud.

As such, it punctured 1MDB’s carefully presented position claiming solvency.

IPIC followed up the statement with a further announcement on 18th April, saying that because of the fraud it was no longer bound to make the next repayment of US$50 million due on 1MDB’s debts the following Monday, after which there would be a five working day ‘grace period’ which expired last Monday night. The matter will be placed in the hands of dispute resolution.

Insiders say that the deadly point behind this bluff-call, was that there is no liquid cash behind Arul Kanda’s claims, putting the new CEO (who has relied on blaming his predecessors till now) squarely in the frame over the company’s record of lies and deceit.

‘It is paper cash, not hard currency that 1MDB has. Notes and promises but no cash, like those ‘units’ in BSI Bank.” explained one inside observer to Sarawak Report.

The lack of conviction was made more obvious by 1MDB’s refusal to provide the Auditor-General with the necessary documents to verify the value or even the existence of 1MDB’s overseas cash and assets.

Hence the continued insistence by 1MDB that “futher debt obligations are fully matched by the sale of Bandar Malaysia land…” etc., especially after the collapse of the IPIC-1MDB agreement is an irresponsible attempt to continue play a game of smoke and mirrors.[Tony Pua]

So, the failure of 1MDB to pay the outstanding $50 million, even ‘under protest’, was because it can’t pay, is point being made, something IPIC has just deliberately and lethally exposed.

Kanda last week went cap in hand to Ministry of Finance officials, who turned the other way, Sarawak Report has been informed.

1MDB admitted this morning that all this means that the fund has been immediately thrown into default on the larger US$1.75 billion debt, owed to Bank Mellon, which bought the bond from Goldman Sachs.

There is also a house of cards impending problem of resulting cross defaults, now other lenders are freed to exercise their own rights to recall their loans to a defaulting entity. By the end of today that total sum was being calculated at over US$6.5 billion, much of which has been ultimately guaranteed by the Government of Malaysia.

It is a massive economic hit for the people of Malaysia and a huge blow to the economy, which will be worsened by an inevitable plunging ringgit.

There is of course one very simple, straight solution to this horrible tangled mess, which is to get back as much as possible of the money stolen from 1MDB, in order to plug these debts.

The good news is that regulators in Europe, Singapore and the US have been freezing accounts and seizing assets as they investigate the trail of stolen money.

The bank accounts of Jho Low, Najib and their family members, as well of those of Khadem, Al Husseiny and Red Granite Pictures contain a sizeable chunk of the remaining cash which has not already been spent on yachts, champagne, diamonds, handbags, buying elections and the like.

There is believed to be around US$4 billion thus secured by the international forces of law and order.

All Malaysia needs is a credible government, which is willing to set in motion a proper investigation; arrest the culpable offenders and use the recovered assets to pay back these yawning debts, which would otherwise burden Malaysian taxpayers.

What are Malaysians waiting for, the rest of the world seems to be quietly saying?