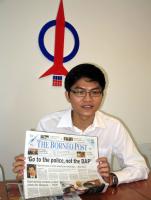 A month ago the DAP State Assemblyman for Padungan, Wong King Wei was forced to write to the MACC to report evidence of a shocking theft from the state.

This theft had a very familiar pattern to it, of the sort that has been written about numerous times by Sarawak Report, characterised by all the Taib years of grand theft from Sarawak.

A massive chunk of land in Taib’s own backyard of Balingian (see the destruction above) had been signed over by the Land & Survey Department, which comes under the State Ministry of Planning and Resource Management, set up by Taib and now headed by his successor Adenan Satem.

The second minister in charge of the Department is the now hugely wealthy Awang Tengah. 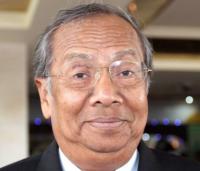 ‘Reformer’ Satem did not hesitate to take over all the three main ministries of state run by his former boss, including the Land Resources Ministry, which is still handing out cheap land to political cronies.

The Assemblyman quite rightly wanted to know why this had all happened right under the nose of the Chief Minister of the State in his own Department, since this give-away sale has deprived the public purse of a vast amount of money that could have been used to support the people of Sarawak?

The shortfall, in fact, is a clean RM23,457,600 that was not paid and should have been.  Instead the buyers merely paid a paltry RM2 million in royalties to the state, if indeed that money was ever collected.

So, why has the new Chief Minister, who has posed as an anti-corruption reformer, remained so silent on this shocking matter all through this election period?

Surely, this is an excellent example of the bad old ways that thrived when Taib, when his extended family helped themselves to huge chunks of Sarawak’s alienated native lands for peanuts and then ‘flipped’ them quickly on to plantation companies for ten times the price in a matter of days? 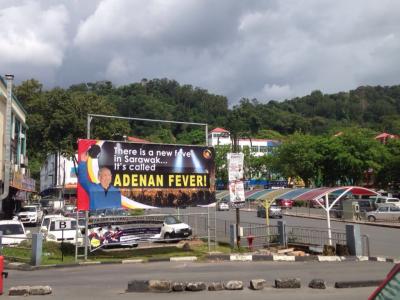 Big BN promotion in Limbang, at the centre of this land-grab.

This exposure of yet another such land-grab would have been a clear opportunity for Adenan to demand a full enquiry and to clamp down on the perpetrators, particularly if they come from the highest level?

But, nothing it appears has been done on the matter and Adenan has failed to condemn the clear theft.

Sure enough, as Wong King Wei has documented, in little over six months the land in question was duly ‘flipped’ to new buyers from the Peninsular for an unspecified price.

Let’s forget those ultimate buyers for now, because the nub of this scandal is clear. SOMEONE has prevailed on the authorities entrusted with the public interest at the LCDA to sell a huge chunk of valuable land to Greenpro Farm Sdn Bhd for peanuts.

Wong King Wei pointed out that the main shareholders of Green Pro at the time of the alienation of this chunk of property were two young men. The main shareholder, who was also a Director called Mohamad Syah Afiq Bin Mohamad Ali, a 23 year old man from a Kampung in Limbang! 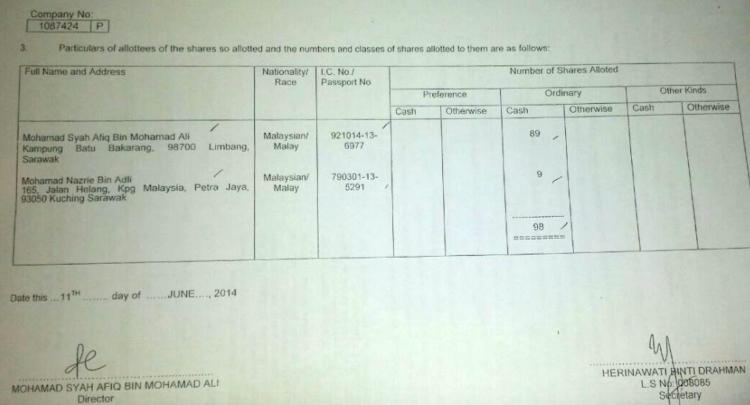 A 23 year old was behind this enormous swindle?

How extraordinary that Adenan and a swathe of government investigators have not moved on this strange situation, now it has been pointed out.  How did a 23 year old kampong boy find RM2 million to invest in such a venture and how did he swing such a cheap deal out of the authorities way over in Kuching?

More to the point WHO is Mohamad Syah Afiq Bin Mohamad Ali?  For weeks there has been stunning silence, so Sarawak Report sent an investigator up to Kampung Batu Bakarang to find out. 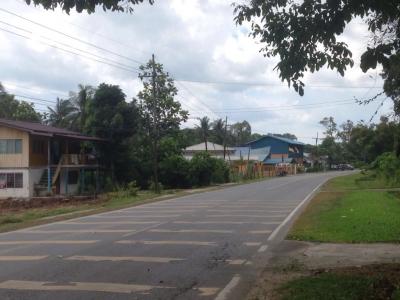 Poor and dusty community – so who lives here to fork out RM2 million?

The first thing our investigator noted was that there was no specific address given to the Land Registry for where our youth entrepreneur resided in this Limbang village, which is populated by the Kebayan people.

Our researcher discovered there are about 377 residents in the low key village and about 57 houses altogether.

What is clear is that nobody in the settlement could be described as particularly well-off. This is a very poor place, where locals explained they can barely make a living.  The most expensive home is valued at around RM6,000 according to our researcher.

Furthermore, everybody in this pleasant and modest community knows everybody else, but no one had heard of such a person as Mohamad Syah Afiq Bin Mohamad Ali. After all, several people pointed out, it is not even a normal Kebayan name.

However, local people do remember a young boy with a similar name, who disappeared to Kuching a little over a year or so ago, they said.  His name was Mohamad Syahfiq and he was a jobless boy just over 20 years old, locals said.  They had now lost touch with him.

There are many land brokers here 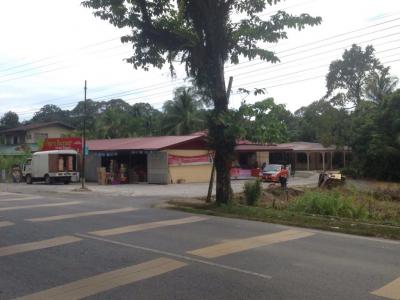 So, how come a jobless and penniless boy, with no specific address, ended up as the land dealer able to make a fortune over a purchase and sale of a chunk of land way over on the other side of Sarawak in a community completely different to his own?

It is therefore safe to assume that this boy was a mere proxy for other players, in the mode so memorably articulated by Taib’s favourite family lawyer Alvin Chong, who was filmed negotiating the sale of a similar land snatch for the former Chief Minister’s nieces just before the last state election.

“What I normally do (I will tell you some trade secrets as such), we find some guys who are villagers, sign them up for all this stuff – you can’t even reach them, they wouldn’t know how to find a lawyer would they?  Its cheap, its really cheap… it will never surface and the nominee is not going to keep a shred of paper. Can you imagine a villager comes to town and you say “I am giving you 10,000 bucks”. My God! he’s going to go back to the village, you know, he will be the one-eyed man who’s king in the land of the blind you know” [Alvin Chong, Inside Malaysia’s Shadow State]

One of the things that local people repeatedly mentioned to our visiting researcher to Batu Bakarang was that there were many ‘Land Brokers’ who operated in the area, dispensing money for just these sorts of services from locals.  People knew it was bad and slightly dangerous and they were reluctant to speak too openly, but said the practice was particularly prevalent around Limbang and Batu Bakarang… for some reason. 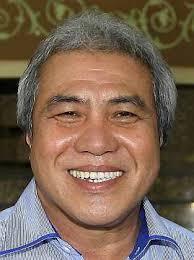 Wasn’t this disgusting practice just the sort of thing that caused the whole of Sarawak and Malaysia to revile Taib Mahmud and which his successor Adenan Satem and made himself so ‘popular’ by promising to put a stop to?

How come, therefore, is it still happening under Adenan Satem’s own Department – and that, even when the scam has been brought to light, this new CM has failed to do anything about it?

The answer is plain.  Adenan was hand-picked by Taib, who remains Governor and with all his hands on the economic levers of the state.  All Taib’s men are still in place, meaning that Adenan is merely their puppet.

And one of those key players, still in his same old job, is none other than the inexplicably wealthy Awang Tengah, notorious as Taib’s side-kick as the number two in the Land and Resources Ministry, where he still remains as the main power-broker behind land deals.

Kampung Batu Bakarang is none other than the village where Awang Tengah grew up, our researcher soon found out!

So, wealthy and powerful has Tengah become, thanks to his status as Taib’s and now Adenan’s number two in the land and resources department, that at this election his political opponents all mysteriously dropped out, leaving him uncontested on polling day.

One wonders what induced these ‘opponents’ to decide not to run after all, given that Tengah is one of the most widely hated men in Sarawak?

So, Sarawak Report suggests that Awang Tengah is requested to explain how it is that a jobless boy from his home village, where he is known to control all the people of influence, was placed as the proxy to a company that managed to gain a huge handout from the land department over which he himself presides?

We want to know why it was in the end a journalist who had to get down on the ground to dig up this blatant scandal, which could have been identified immediately by the proper authorities, who had been requested to investigate by a member of Sarawak’s own State Assembly?

And we suggest to voters who are being told that BN under Satem has reformed to wake up and realise the truth.

Mr Tengah himself has removed all possibility of himself being voted out at the next election. However, if the forces of law and order started to do their job, there are numerous grounds, we believe, on which this man ought to be disqualified from holding public office… not least because he deserves to be charged for this ‘negligence’ and misappropriation in Balingian.