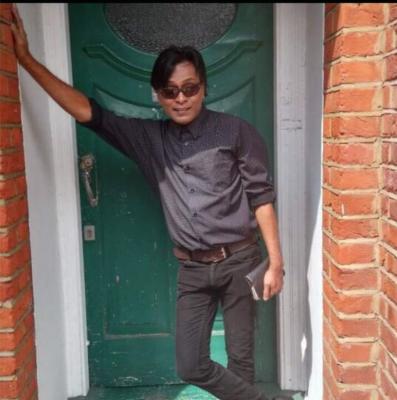 Kevin at a happier time

Sarawak Report has received the blessing of family members to make public some of the ghastly pictures, which have kept them awake at night over the past weeks, as they have sought justice over the murder of public prosecutor Kevin Morais.

The photographs were taken shortly after Kevin’s body was recovered from a cement-filled oil drum, which had been submerged by his killers in swampy waters.

They show how when the casing of the drum was first removed his hands could be seen still clawing out of the cement.  His fingers appear raw, indicating they had been scraping at the inside of the oil drum, in which Kevin had been encased.  An apparent desperate attempt at escape.

It is for this reason that Kevin’s family cannot rest in the hope that he may have experienced a quick exit at the hands of his killers, but fear instead that it was the most nightmarish death imaginable. 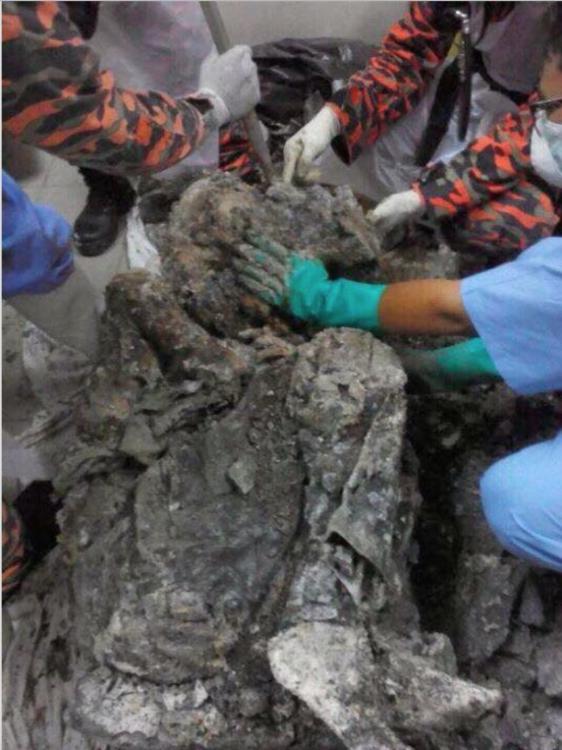 Hands tied behind his back?

More excruciating photos of the scene of discovery (above) also put a lie to the story given by police to the family after Kevin was found.  The Morais family were told that Kevin had been strangled shortly after his abduction, either with a neck tie or with his belt and that he was found with his hands tied behind his back.

Yet this early picture proves that Kevin’s hands were not tied behind him, but that he was found in a foetal position in the drum with his hands free in front of him.

Moreover, when they saw the body in the hospital mortuary, insiders say that it was plain there was no mark on the neck.  Furthermore, the delicate thyroid bones were registered intact (these are always ruptured by strangling). 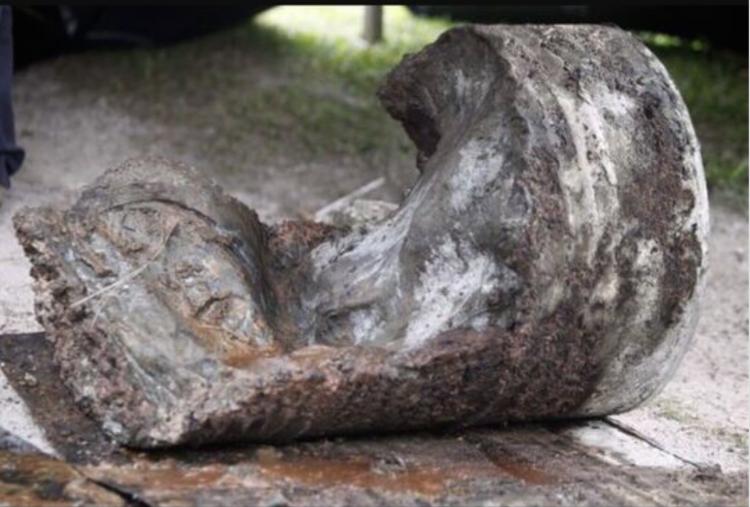 Traces at the scene

Is it any wonder, therefore, that the majority of the family of Kevin Morais were anxious to receive a second post-mortem, in order to understand what exactly was meant by the officially recorded cause of death, described in the autopsy report as “possible suffocation”?

What is going on at the AG’s office? 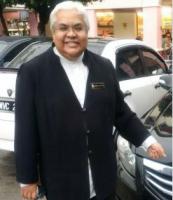 In such circumstances, Malaysians are entitled to know why the Attorney General’s closest advisors were working so aggressively to avoid that second post-mortem, by interfering even to the extent of getting directly involved in a plot by Kevin’s own estranged and self-professed “hard-core gangster” brother to snatch the body from the morgue and cremate it, before that second post-mortem could be carried out?

Following our expose on this matter, the Attorney General removed the officer, Mabel Muttiah, who was implicated in this outrageous behaviour to another post.

However, there is no doubting Apandi’s involvement in this whole episode, since Muttiah cited him directly in her texts to the family and was indeed Apandi’s newly promoted Special Officer at the time. 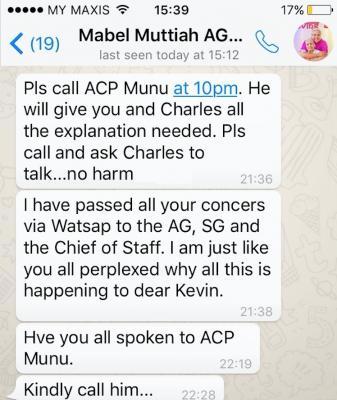 Muttiah badgered the family on behalf of  the AG

Now, Apandi has again acted untowardly in returning the dossier prepared by the Malaysian Anti-Corruption Commission (MACC), tasked with drawing up recommendations based on the very investigation that Kevin was engaged in at the time of his abduction and shocking murder.

According to our several sources, the MACC has recommended a slew of charges relating to the RM42 million, which had been funnelled out of the 1MDB subsidiary SRC International into PM Najib Razak’s private bank accounts.  This money had originally been borrowed from the KWAP public pension fund. 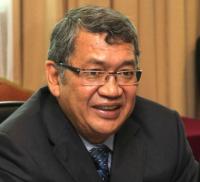 Ghani Patail – sacked maybe, but exonerated in the process. Apandi is in danger of being found complicit.

Given the SRC scandal had been specifically assigned to the MACC, as one of the four task forces on the 1MDB investigation, Kevin as the prosecutor assigned to that case had been working from exactly the same body of evidence that his colleagues have now used as the basis for the dossier sent to Apandi at the end of last year.

The previous Attorney General, Gani Patail, had drawn up charges from this evidence, drafted on his behalf by Kevin.

On July 28th Gani Patail was of course sacked on the eve of pressing those charges and Kevin, who is believed to have then leaked those charges to Sarawak Report, was abducted and murdered later in September.

Now, with the return of the dossier for ‘clarifications’, it would seem that there is a general reluctance by the new Attorney General’s office to accept the findings of the MACC investigation this second time round.

Is Apandi expecting the MACC to drop all the recommended charges when it returns an ‘amended’ brief?  Can they credibly do so when the evidence on which these recommendations were based has been widely circulated within UMNO and beyond?