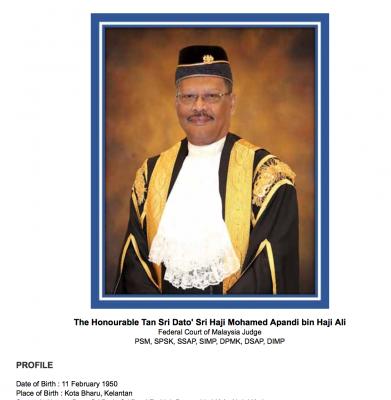 Apandi – thankfully due for retirement

Amongst the shocking items of evidence understood to have been passed by the MACC’s 1MDB corruption enquiry to the Attorney General were credit card bills run up by the PM for his personal shopping on the public company SRC International’s named company credit cards!

AG Mohamed Apandi, who replaced sacked Gani Patail in August after Najib heard charges were about to be brought on the matter, is clearly playing for time, having yesterday returned the entire dossier to the MACC (Malaysian Anti-Corruption Commission) for ‘further clarifications’.

Apandi, of course, comes up for retirement in just 3 weeks time on February 11th, when he will hit 65.  Najib’s uber-loyal prosecutor Shafee Abdullah is already sworn in to replace him, which ought now to enable Apandi to escape this hot potato (he hopes) and to pass it on to Malaysia’s most famous legal thug.

Najib must in turn be hoping that Shafee will simply thrust the whole dossier in the bin and continue to act as his one man legal attack unit against anyone who threatens the ‘Big Boss’.

One month, two credit cards and over three million ringgit! 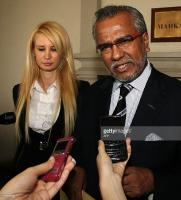 However, Shafee will be landed with an uncomfortable cover-up to deal with, simply because so many people now have the details from the dossier and are willing to leak them – to outfits such as Sarawak Report.

Last year we already reported that Najib and his wife splashed huge sums of money during August 2014 on credit cards for their European holiday.  We are now able to furnish further details of the expenditure, information which we are reliably informed is included in the MACC dossier, which Apandi has decided to sidestep. 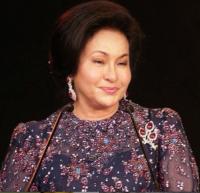 Rosmah – the mystery over who funds her big jewellery is starting to unravel as more and more public money has shown up in Najib’s spending patterns.

Items funded included hotels, meals, jewellery purchases and other personal luxury expenditures in the South of Europe, including Italy and Monaco.

The devastating detail, which makes this expenditure so toxic for a Prime Minister who has spent the last year trying to explain the source of his ostentatious wealth, is that both cards were in name of the company SRC International, which began as a subsidiary of 1MDB before it was taken over by the Finance Ministry directly (Najib is also Finance Minister).

SRC International was famously launched with a RM4 billion loan from the public pension fund KWAP and has from the very beginning been embroiled in controversy over its opaque operations and lack of accountability.  The Chief Executive of SRC was none other than Nik Faisal Arif Kamil, who is currently a fugitive in Indonesia and at the centre of the scandal relating to the missing monies from 1MDB and tycoon Jho Low’s sale of UBG.

The crisis of confidence deepened after Sarawak Report and the Wall Street Journal reported in detail how RM42 million was funnelled in late 2014 early 2015 by Nik Kamil from SRC into Najib’s personal accounts in KL – an allegation that the Prime Minister has signally failed to refute.

This new information that Najib was also using SRC International’s company credit cards to fund his private jet-setting the previous August helps to further explain how it is that the establishment in KL is buzzing with the news that a slew of suggested criminal charges have now been brought against Najib by the MACC, which was the task force responsible for examining the SRC angle of the 1MDB corruption probe.

Opposition DAP MP Tony Pua has constantly repeated his complaint that virtually none of the RM4 billion borrowed from KWAP has been properly accounted for by SRC.  His concerns were not allayed by a Prime Ministerial statement last year, which referred to an investment in a Mongolian coal mine as the major venture in which SRC was involved.  After all,  Sarawak Report was able to expose that investment as a relatively minor expenditure, worth at the most US85 million.

Sarawak Report has also pointed out that the Prime Minister’s proxy, the businessman Jho Low, has been further identified as the owner of the similarly named SRC Global, which was involved in a private business venture to buy out Canada’s Coastal Energy together with the sacked former Abu Dhabi Aabar fund manager Khadem Al Qubaisi, who had extensive dealings with 1MDB.

It is just one of a series of dealings involving Low where confusion of ownership appears to have been deliberately sown the use of names similar to companies owned by 1MDB or other major concerns.

Investigations show that the same circle of contacts Najib Razak and his family, Jho Low and Khadem Al Qubaisi have appeared time and again in a series of business dealings both public and private, but all funded by Malaysia’s public money raised by the Prime Minister.

Yesterday’s boomeranging of the MACC dossier makes plain that Apandi is set on sitting out this particular dilemma and passing on the entire toxic mess to his eager successor, Shafee Abdullah.  It offers Shafee the choice of becoming identified as wholly complicit in a cover up if he then closes the case or of turning on his key client for the past decade.

Certainly, this would not be the first time that Shafee will have been called on as a fixer of scandals involving the present Prime Minister. In fact, Shafee has been on hand for just about every other major reputational danger that has enveloped Najib in the past.

It was Shafee who waded in to help during the Altantuya murder case and organised for top suspect Najib’s proxy Razak Baginda to be removed as a defendent; Shafee who was found to have together with Najib interviewed the accuser of Anwar Ibrahim the day before that young man reported a sodomy allegation and then he again who prosecuted the case against the opposition leader, despite complaints over the conflict of interest and Shafee who appeared in the hospital, apparently representing no one, on the day of the assassination of the AmBank founder Hussein Najadi, in order to inform the family that the body would be given a Muslim burial the very next day – before they could reach KL.

This time, however, Najib’s master fixer may find the evidence less amendable to disappearance as he steps into his new job at the centre of an unprecedented political scandal in Malaysia, not least because the SRC investigation itself pales into insignificance compared to the vast sums that also reached Najib’s private accounts from a series of BVI companies – guaranteed by a Sheikh, who turned out not to actually exist.

[More on Najib’s finances to come for the readers of Sarawak Report].

*SR thanks our eagle eyed readers for spotting an error on our original information about the card issuers, whom they have correctly identified as SRC’s usual AmBank.  We have re-checked with our source on this particular detail and they have acknowledged crossed lines in the communication.  We trust that readers will note that the exception proves the rule regarding the information we have provided and that we are happy to acknowledge mistakes when they inevitably occur when information is made hard to access.