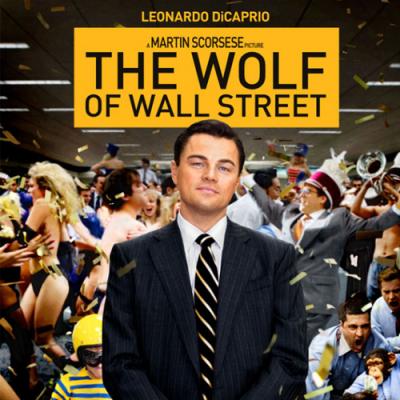 As his step-dad takes on dictatorial powers this weekend, in order to shore up his position against massive corruption charges at home, Riza Aziz is equally putting two fingers up to public opinion by flashing more of his baffling cash around Hollywood.

Insiders have confirmed that a formal offer has now been made by Riza’s business partner, Joey McFarland, to Martin Scorcese to make the movie, as a follow-up to their fantastically expensive and controversial movie Wolf of Wall Street last year.

The plan is once again to present the movie as a platform for Jho Low and Riza’s party-pal, Leonardo di Caprio, who is still chasing an Oscar.

This time the subject matter is designed to be iconic and serious, giving an opportunity for di Caprio to take on the mantle of one of the greatest figures of American history and democracy. 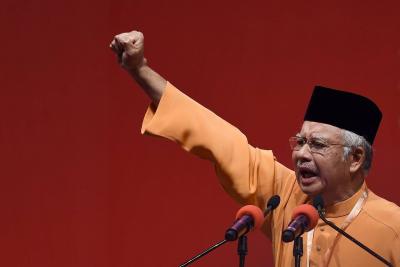 What the real General Washington would have made of the circumstances surrounding the financing of this costly project is up for conjecture. Washington was a founder of America’s democratic and liberal principles and an icon of rectitude in public life.

By contrast, this very weekend Malaysia has been left reeling at what appears to be a shocking power-grab by Najib Razak, who has, over just three days at the very end of the parliamentary session, bludgeoned through a so-called National Security Bill that gives him more powers than Hitler.  As commentators have unanimously observed the move has effectively brought to an end the rule of law and parliamentary democracy in Malaysia.

The Bill, which was passed hours before the end of parliament with scarcely any debate, allows Najib to assume martial law powers for any reason he chooses at any time and with full impunity.  The excuse is a so-far unrealised terrorist threat, despite the fact that Malaysia has been one of the countries least affected in the world by such concerns. 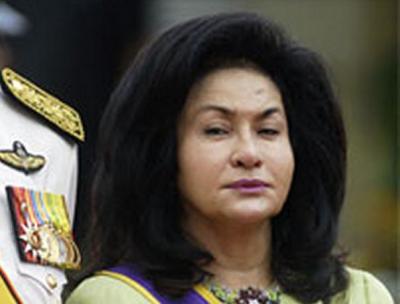 Onlookers the world over have agreed that the real reason for Najib’s rushed through martial law is to protect him personally against criminal corruption charges, which have threatened his position and more particularly the position of his profligate and all-powerful wife, Riza’s mum Rosmah.

The Malaysian Bar Council has joined civil liberties group across the world in condemning Najib’s naked power grab, declaring it unnecessary for the purposes declared and contrary to Malaysia’s constitution:

It would appear therefore that the Bill enables the Prime Minister, either unilaterally or through the NSC, to exercise authoritarian executive powers.  These powers are in effect emergency powers, but without the need for a proclamation of an emergency under Article 150 of the Federal Constitution. This usurps the powers vested in the Yang di-Pertuan Agong [King], and violates the provisions of, Article 150 of the Federal Constitution, and is a blatant appropriation of those powers.  The Bill is therefore of questionable constitutional validity.  [statement by Malaysian Bar Council]

However, Riza’s step dad has been ignoring the forces of law and order for long enough now and worked for years to destroy the independence of a once proud judiciary. Therefore, he is no more likely to take notice of that statement than any of the very many other similar  condemnations of his action, including by the more respected members of his own UMNO party.

So, thanks to Hollywood, George Washington, first President, founder of America’s constitution and upholder of individual liberties and democratic rights, looks set to suffer the indignity of being featured in a film funded out of the destruction of all those values in Malaysia.

He is to be played by the gambling companion and party pal of the son of Malaysia’s corrupted new dictator, who has benefitted to the tune of millions from gifts, travel opportunities and of course prime film parts provided by the same rookie picture-makers from Red Granite. 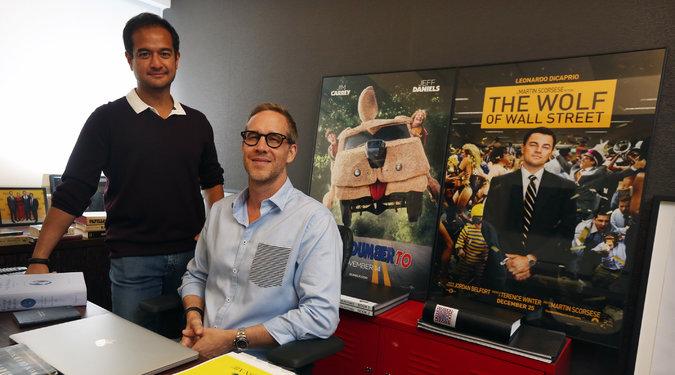 Indeed this same actor comes fresh from playing a major con-trickster and thief, Jordan Belfort, also on behalf of Red Granite – the irony being that the excesses of the movie pale into insignificance compared to the outrageous, opulence and lavish spending of the funders of that film – Riza’s friends from Aabar (now sacked for their sins) and pal Jho Low from 1MDB, who have all been revealed as being entangled in the scandals of Malaysia’s missing billions. 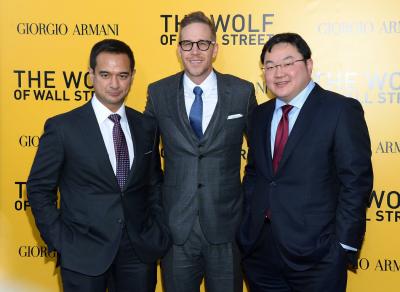 Perhaps the movie that Hollywood should be making is in fact the story of the rape and plunder of Malaysia and the daring theft of billions of dollars of public money by Prime Minister Najib Razak, through his development fund side-kicks Jho Low and Khadem Al Qubaisi, whose own subsequent ostentatious party-going and massive spending was what so conveniently gave the game away to Sarawak Report and others?

The attempts to shut up, defame, arrest, intimidate and eliminate the whistle-blowers in this affair are also the stuff of movie scripts and indeed Sarawak Report is tempted to start to write it.

There is more – the detective trail unveiling the secretive channelling of all those stolen billions through off-shore funds as well as the international banks, who broke the rules by assisting in the heist. 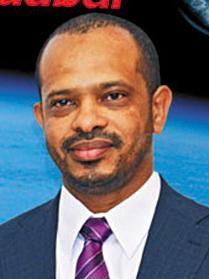 Aabar CEO Mohammed al-Husseiny claimed in the end he had financed Wolf of Wall Street. Aabar’s business links with 1MDB are now well established at the centre of the scandal.

According to Hollywood insiders the FBI has already started trawling round Red Granite’s partners, asking well-justified questions about these matters – whilst a string of mansions in Beverley Hills owned by Low, Riza and indeed Aabar’s Khadem Al Qubaisi represent a separate sets of questions about how these boys got to be so rich.

Najib Razak’s problem is that the truth of this affair is now well and truly in the open for Malaysia and its foreign friends to see, leaving his reputation is beyond repair.

His outrageous assumption of autocratic powers (thanks to party flunkies themselves bought by all that stolen cash) is seen by all for what it is, which is a naked and shocking attempt by a criminal to protect himself from the consequences of the law – by abolishing the law itself.

Wan Saiful, the think tank head behind Malaysian think tank IDEAS (which is studiously non-political) has expressed what many believe in Malaysia:

Ideas chief executive Wan Saiful Wan Jan said he was particularly worried about the huge concentration of power in the prime minister’s hands under the bill, adding that it could be used to hold on to power.

“Just imagine if someone holding that top post were in the process of being kicked out from power either by his own party or by the voters.

“I am worried if he can use this Act to keep himself in power just for the sake of staying in power.

“I condemn this atrocious action by the government,” Wan Saiful said, calling for the bill to be withdrawn. [Malaysian Insider]

Hollywood and its producers should think carefully, therefore, before making a film about the Founding Father, George Washington, from ill-defined financial resources obtained by the son of Malaysia’s now officially designated corrupt dictator.

It is no way to pay homage to George Washington or to enhance the reputation of their leading actor.