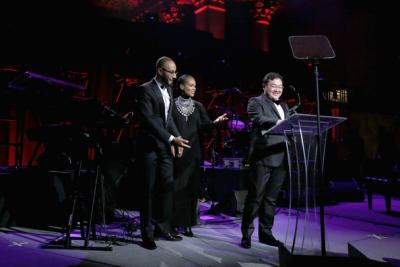 It is the Jynwel sponsored Black Ball, part of his recent programme of splashing cash into causes espoused by the UN Foundation and other powerful organisations.

One wonders why Jho Low is presently so focused on pouring “philanthropy” into activities which please the US establishment.

Is he hoping to buy some sort of immunity, given the origins of all that cash are plainly illegal? 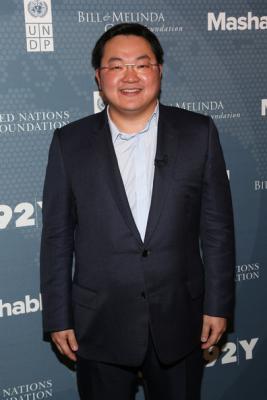 Rubbing shoulders with the right people?

We note this is the second year running that Jho Low’s Hong Kong based company Jynwel Capital has funded a key New York gala compared by two of his party pals, singers Alicia Keys and Swizz Beatz.

Last year it was the so-called Angel Ball where Jho Low took centre stage for a bow for all that generosity with other people’s money.

This particular expensive, glitzy party event is called in full the “Black Ball, Black To The Future”, and states it is:

“an evening of music and philanthropy to celebrate the creativity and vibrancy of Africa’s people, and eliminate AIDS as a factor in their future.”

It sounds clearly a good cause.

However Malaysians will question if it is one that should be funded by their own public development money, which has poured into Jho Low’s personal accounts to the tune of several billions, thanks to cheating and malfeasance at 1MDB. 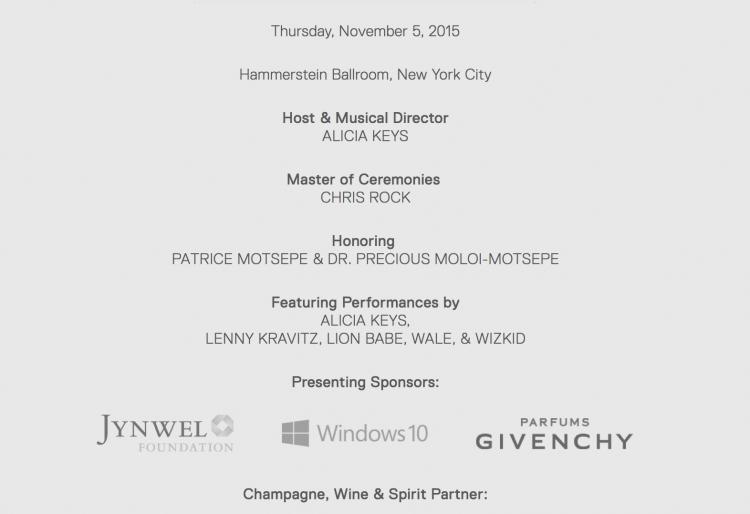 Don’t forget the pop stars and champagne while we indulge in our good cause….

After all Malaysia has its own very poor people and serious health concerns – how much has Jho Low spent of that stolen cash back home?

Meanwhile, Sarawak Report has already raised concerns with the UN Foundation and National Geographic about the source of Jho Low’s generous donations to their charities, including a ‘journalism training’ programme. 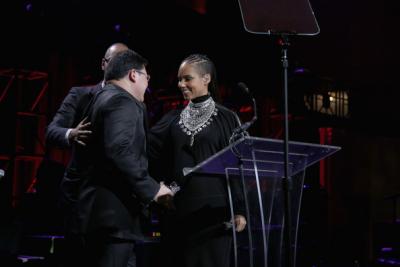 Is this how you wash stolen cash clean?

But, so far, the executives concerned have preferred to take Jho’s dodgy cash as opposed to reading our heavily researched and corroborated material, which clearly shows that Jho Low is a billionaire out of Malaysia’s stolen cash, thanks to patronage from the Prime Minister Najib Razak.

These organisations have so far persisted in turning this blind eye despite the fact that the entire world media has also picked up on Sarawak Report’s evidence about 1MDB and Jho Low and despite the fact that Jho Low himself has failed to take a single step to refute any of what we have said in a court of law.

Do we not think this billionaire would have immediately taken us to court if any of what we have printed about his whole-scale plunder of 1MDB was not true?

Jho Low has also unaccountably taken himself off to Taiwan for most of this year, since we exposed the 1MDB scandal. It has been widely speculated that this is because he holds US citizenship and Taiwan is one place from which he cannot be extradited.

So, what everyone is asking is will Jho himself venture to risk turning up tonight in New York to attend his own expensive party?

Last year he posed at the centre of the evening, taking his bows for such amazing generosity with other people’s money and generally promoting himself with his usual favourite performers, including paid singers Alicia Keys and Swizz Beats – both regular Jho Low party attendees.

However, this year that spot at the table (each costs up to US$100,000) will be rather more tricky for the hunted billionaire to attend.  After all, 1MDB and his activities relating to it is being investigated in several countries, including the United States.

And as if the possible interest of the FBI and DoJ were not enough, there is the small matter of the IRS.  Did Jho, as a US citizen declare the billions he siphoned out of 1MDB in the period following 2009?

If not, he has a problem.

It may be that his currying favour with the bigwigs at the UN is bearing fruit and that he has bought immunity for the evening.  In which case, New York will host the presence once more of one of the biggest con artists in history – the man behind Malaysia’s billion dollar heist of the century.

However, we suspect that prudence will prevail and that Jho Low will send his apologies, as he has done for a number of recent events where he has broadcast his sponsorship, but uncharacteristically failed to turn up for the party.

For a man who likes to do nothing better than splash Malaysia’s cash it must hurt to have to stay back at his new home… in Taiwan.