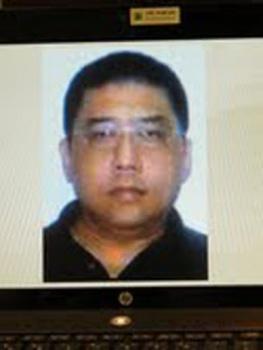 Lim Yuen Soo – wanted as a top suspect and on the run for two years – then set free for “lack of eviidence”.

The son of the murdered former AmBank founder Hussein Najadi has signalled that he plans to sue Malaysia’s Attorney General over the decision to release the prime suspect behind the murder.

Significantly, the development has again thrown wide open the whole investigation into what police had long insisted was an “open and shut case”, now that their chief suspect has been determined to be innocent after all.

Najadi says his family are first of all shocked that they were not informed that the man who had been on the run for two years in connection with the daylight shooting, was finally arrested at KL international airport just last month.

Lim Yuen Soo was then held in Malaysia for 8 days in secret, it is now reported, before being set free on the grounds of ‘inadequate evidence’, according to a CID spokesman.

Najadi wants to know why his family’s legal representative, the lawyer and MP Gobind Singh, was not notified about these dramatic developments as a basic right, given that Lim Yuen Soo had been publicly identified by the police as the man who had paid an assassin RM20,000 to murder his father in 2013?

He says he only learnt of the arrest and release through a Chinese news portal, which reported that Lim was set free by the Deputy Public Prosecutor after the new Attorney General’s Office rejected recommendations to bring charges by the police.

The Malaysian CID have now confirmed that that Lim was captured then released, claiming there was insufficient evidence after all to bring charges.  The Attorney General’s office has also now requested that Interpol remove Lim Yuen Soo from their international Red Alert List, on which he was placed at Malaysia’s own request for the past two years.

In response, Najadi is demanding to know why Lim, whom he claims is closely connected to the wife of a senior politician, was secretly let off after such a sudden change of heart by police and prosecutors?

“All of a sudden, after successfully arresting the mastermind Assassin two years after having him on the INTERPOL Red Notice Wanted List, the Attorney General Chambers of Malaysia instructs the Police to let Lim Yuen Soo go freely. This is not acceptable by any standards. This in our opinion points to a sinister state sponsored cover up.  Serious questions about the defunct justice in Malaysia now must needed to be asked.” Pascal Najadi told Sarawak Report. 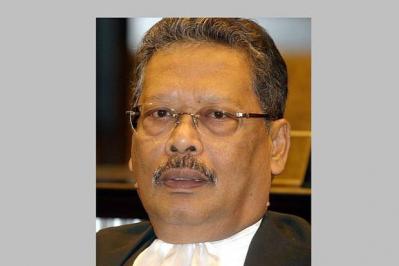 New Attorney General looks set to face a legal case by Pascal Najadi over the secretive decision to drop charges against his father’s chief murder suspect.

The U-turn by Malaysia’s law enforcement bodies is made clear by Interpol’s own strict conditions regarding the Red Alert list, says Najadi.

According to his legal experts, any nation requesting to have an individual placed upon the list must demonstrate to Interpol that they are wanted for prosecution on a crime that is punishable by at least a year in prison.

This means that in order for Lim to have been accepted onto the list in the first place by Interpol, Malaysia’s Attorney General would have had to have supported a police warrant by issuing charges, he pointed out to Sarawak Report in an interview on Tuesday:

“An individual will only be placed on the Red Notice List by INTERPOL if the responsible prosecutor (located in the originating country) has committed to extradite; has completed and signed a conformation of agreement to extradite; and has forwarded the agreement to the respective Interpol office with the application for Red Notice.15″

If the investigation against Lim Yuen Soo had reached such an advanced stage two years ago with an agreement to prosecute, he asked, why has it now been decided that the evidence is insufficient after all to charge the man cited as having paid to have his father shot?

And why has a man who has been illegally evading arrest for two years now been found innocent after being captured? 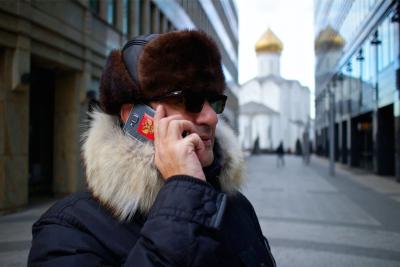 Najadi has long challenged the motive officially given for his father’s assassination, which was that the killer was hired to settle a planning dispute.

The fact that Lim has now been let off, having been the public prime suspect, certainly casts crucial doubt over this explanation and what the police have insisted was an ‘open and shut case‘.

After all, how can the police claim the case to be solved if they have suddenly been forced to let off their prime suspect owing to lack of evidence? Plainly someone else was guilty after all and some other motive may well have been involved.

Najadi would therefore appear to now have a very strong point, following this discrediting of the police case by this development, in asking for the entire investigation to be re-opened.

He has widely said that there were far more serious issues at stake than a planning dispute troubling his father before his death.  In fact, he claims that his father had made representations just prior to his assassination about corruption at AmBank, which he had originally founded. 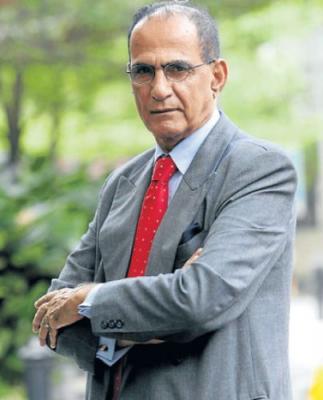 Hussein Najadi – victim in what is no longer and open and shut case.

Indeed, the existence of major secret accounts held by political figures at the bank have now been exposed by the 1MDB related investigations, which have now been summarily halted the Prime Minister.

Najib himself was found to have held over a billion US dollars in a private AmBank account – money he now says was given to him by an anonymous Middle Eastern donor, apparently so that he could manipulate the 2013 election.

Najadi therefore evidently believes the failure to prosecute Lim over his father’s death represents another aspect of a politically motivated cover-up.

Yesterday the banker told Sarawak Report that he has significantly increased his own personal security in Russia and Switzerland and notified the authorities in both those countries that he regards himself to be under threat.  He claims official measures have been taken to monitor his safety in both jurisdictions.