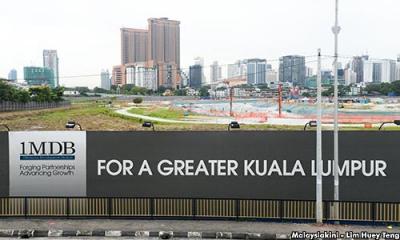 Potential litigant against its banking advisors?

Sarawak Report has learnt that litigation experts are eying a potential liability case against the bankers involved with 1MDB.

Petitioners could include the Government of Malaysia (in the event of a future willingness to recover the billions lost); 1MDB itself or even institutions such at the Central Bank, which has complained that its provisions for exporting money from Malaysia were violated by the development fund and by extension the banking institutions involved.

Banks whose behaviour could be explored for significant negligence include Goldman Sachs, which made over half a billion dollars from a series of three bond issues for 1MDB – a commission which can only be described as grossly inflated.

There have also been questions raised about the unusual nature of these secretive bond arrangements, which resulted in further huge sums of money being lost to 1MDB under the terms drawn up and managed by the major US bank.

One British law firm is already pursuing a major similar case against Goldman Sachs on behalf of the Libyan Investment Authority, which likewise lost vast sums of money from deals managed by the bank.

The Libyan Investment Authority believes that the conduct of the bank was prejudiced against its client and that officials were deliberately misled into making disastrous and expensive decisions that illegally benefitted the bank and other parties at the expense of the publicly owned fund.

It is contended that there appear to be several possible parallels with the loss making arrangements entered into by 1MDB.

Likewise, action is elsewhere being mooted against the same bank over its role in the transactions which provoked the present financial crisis in Greece.

Other banks whose conduct has been exposed by the 1MDB scandal are a series of Swiss-based branches of private banks, including BSI (Swiss), Falcon Bank (Abu Dhabi), Coutts (UK) and JP Morgan (US).  Deutsche Bank was also closely involved in 1MDB’s earlier deals and locally in Malaysia AmBank is also regarded as highly exposed – its major shareholder is the ANZ banking group of Australia and New Zealand.

However, were there to be a change of heart in the corridors of power, litigators clearly believe that it is the international banking system that provides the best route to restitution if these global institutions can be shown to have been negligent or worse in the conduct of their duties towards a publicly owned client in Malaysia or in the handling of illegal money.

“Increasingly, this is the way that the global banking system can be made to work for the victims of corrupt practice” one expert summarised to Sarawak Report, describing an increasingly lucrative field for lawyers and forensic investigators now chasing assets on behalf the public from countries all over the world.