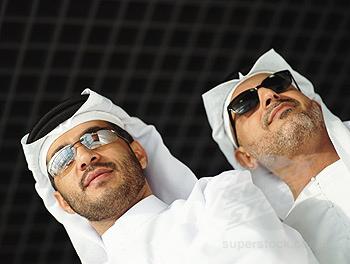 Who is the mystery father and son alleged to have met with Zahid and others and who goes by the name Saud Abdulaziz Majid al-Saud?

Sarawak Report can exclusively reveal the alleged identity of ‘His Highness’ the ‘royal donor’, which was given to AmBank as the source of several payments, including the US$681 million received into Najib’s account just before the last election.

The name given was ‘His Highness Saud Abdulaziz Majid al-Saud’.

We have ascertained that this identity was first provided to explain an original payment of US$100 million, which was passed into Najib’s AmPrivate Banking account in Kuala Lumpur back in February 2011.

The bank had required details of the sender from the agent who was managing the transfer on behalf of the Prime Minister and a letter was purportedly then sent from the office of this individual to the bank.

Our sources tell us that this letter, which has been retained by the bank, was sparse on details but alleged to be from the ‘Private Office of Saud Abdulaziz Majid al-Saud’, without giving an address or telephone number.

The letter was signed by ‘Saud Abdulaziz al-Saud’. 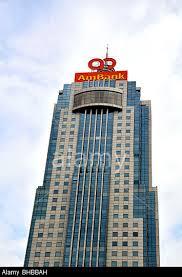 The matter raises immediate questions about the regulatory and compliance procedures of AmBank, which is 23% owned by ANZ Bank (Australia New Zealand Bank) as the largest shareholder.

The CEO of AmBank, Ashok Ramamurthy, who was on attachment from ANZ Bank, stepped down in January following a compliance audit  of several billion ringgit of loans to 1MDB – the issue remains subject to major criticism by opposition politicians.

The fact that the Prime Minister was able to receive huge private donations with such a  cursory scrutiny of the donor certainly presents a major problem for the bank.

In particular, Sarawak Report has established that anti-money laundering and anti-terror legislation in Saudi Arabia (given the Saud name) means that all its citizens are required to provide passport verification for any individual involved in the transfer of substantial sums.  This includes any citizen who is using a BVI off-shore company.

A letter without a contact address and no accompanying identification documents represents a laughable verification check and one can only assume it was let through by the bank because the recipient was the Malaysian Prime Minister, who nevertheless comes under a high category of concern as a politically exposed person. 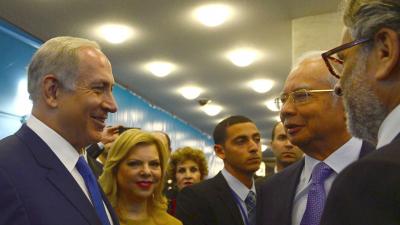 For several years, AmBank has flourished as the bank of choice for the Prime Minister’s own accounts and also for several state-controlled concerns, including 1MDB.

We have learnt that at least four payments were received into the Prime Minister’s account accompanied by the same sender identification between 2011 and 2013, including the two totalling US$681 million, revealed by Sarawak Report in July.

The second transfer was for a sum of US$200 million, meaning that a total of a billion dollars was transferred by this alleged Saudi royal philanthropist supposedly in favour of UMNO into Najib’s account.

This information was corroborated by the Malaysian Anti Corruption Commission (MACC) in July, when officials stated they had seen four letters from the same donor to the bank.

It indicates that this alleged donor had been passing huge sums of money to Najib far in advance of the General Election, the original reason given, for wider purposes that remain unclear.

The matter envelopes a growing circle of international regulatory authorities in Malaysia’s escalating financial scandal, since both Australia and New Zealand as well as Saudi Arabia are now faced with a flouting of their basic banking rules and anti-terrorism laws.

Meanwhile, our enquiries into the identity of this ‘Saudi Royal’ figure have drawn an interesting blank. Saud Abdulaziz Majid al-Saud appears to be a variation on a common royal name, but does not actually refer to any specific individual.

Yet the newly appointed Deputy Prime Minister Zahid Hamidi claimed to have met a Middle Eastern “King and Prince” from the alleged “donor family”, shortly after taking over from Muhyiddin Yassin, who had questioned the donation before being sacked  by Najib:

He [Zahid] said the “king and prince”, whom he did not name, had donated the money because of Malaysia’s commitment in fighting terrorism, and being a moderate Muslim country with a plural society….

“Those were the answers given to me when I asked them the reason for their donation. They also told me that Malaysia was not the only country they have donated money to.

“They have also helped other Islamic countries,” he said .. The Umno vice-president, elaborating.. said the donors were an “Arab king and prince” and the family decided to make the huge donation also because of Datuk Seri Najib’s anti-Jewish stance..

“Because of that, the Arab king, Arab prince generously made the political donation for use during the 13th General Election,” Malaysian Mail Online quoted him as saying.

Likewise, the Malaysian Anti Corruption Commission reported officials had been introduced to individuals purporting to be the donor who had sent the letters they had seen at AmBank:

In a statement, the commission said it had found out about the donors’ details through bank documents.

“MACC has obtained explanation from the donors who originated from the Middle East and they have verified the donation.

“The RM2.6 billion donation has no connection at all to 1MDB,” the anti-graft commission said in the statement.

According to MACC, it had found four letters that were given to the bank when the RM2.6 billion amount was deposited into Najib’s account, with the bank documents stating that the contribution was a “donation”. [Malaysian Mail Online] 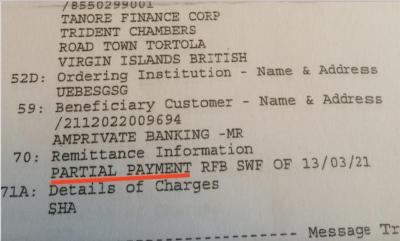 “Partial payment” rather than donation

The MACC statement clearly conflicts with the bank documents obtained by Sarawak Report, which refer to the transfer of US$681 million from Tanore Finance Corporation as a “payment” rather than a donation.

So their eventual findings should present the exact identity of the so-called King and Prince, who they have so far accepted as genuine donors.

This story of the Saudi donor becomes even harder to believe after a basic wealth check of Middle Eastern royals and the Saudis in particular.

There are few ruling Kings and Princes in the Middle East – and the Saudi King Abdullah, who was alive at the time of the ‘donations’ had died in January before the time the so-called meetings took place in July with the likes of Zahid Hamidi.

Even the King of Saudi Arabia would have noticed the odd billion leaving his account… and Zahid has suggested he forked out for other Muslim countries also!

But even King Abdullah, who ranked at number 4 in the wealthy sovereign list, was worth only US$18 billion. That makes a handout to Najib of US$1billion to be a very substantial chunk of his personal wealth.  Even more so, given Zahid Hamidi’s surprising claim that other Muslim countries were similar ‘charitable’ recipients!

It means that if the alleged donor family were lesser royals the likelihood of them being in a position to fork out such enormous secret sums of money becomes ever more remote. 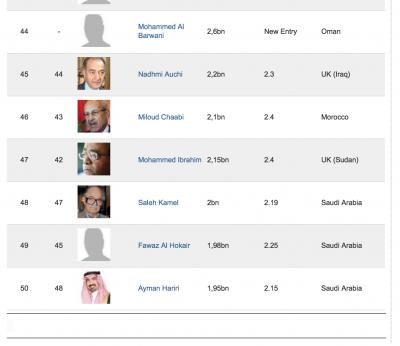 We have found no one of the Arab top 50 rich list with a name remotely similar to the supposed signatory of the donation letter ie Saud Abdulaziz Majid al-Saud and the individual at number 50, Saudi Arabia’s Ayman Hariri, has a relatively modest fortune of just US$2 billion, according to Arabian Business.com.

Would a man with US$2 billion or less really be willing to part with half of it to Najib Razak because of his stance on this or that, let alone to pay for other similar begging leaders also?

Or is this supposed donor from a royal family a secret entity of some kind?

Certainly, the top richest Saudi, Prince Alwaleed has made clear that at some point he intends to give all his money to good causes and he has been held up as an example of the sort of Middle Eastern who was favouring Najib by BN stallwarts. 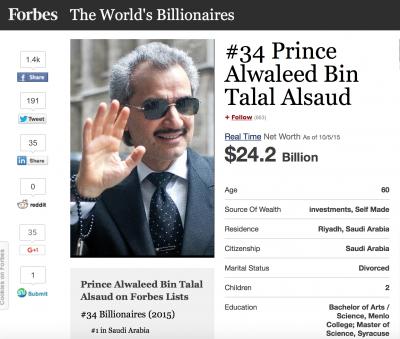 For even the richest Saudi the Najib ‘donation’ would have amounted to a substantial share of his fortune.

However, even he himself is worth only US$24 billion according to Forbes. So, to whom would BN/Najib Razak rate as a billion dollar cause?

Enquiries at the Saudi Embassy in London have produced further questions.

Their protocol department has pointed out that while the name presented to AmBank is similar to certain Saudi royal names, it lacks certain crucial formalities – the name should contain ‘bin’ we were told, along the lines of ‘bin Abdulaziz’ and ‘bin Majid’, giving the impression of a serious lack of authenticity in the name of our sheikh and the title of his Private Office.

It has been pointed out that the royal figure whose name most matches that of Saud Adulaziz Majid al-Saud is that of a former Governor of Medina, Abdulaziz bin Majid, a grandson of a former Saudi King.

This royal figure does have a son similarly named Prince Saud bin Abdu Aziz bin Majed Al-Saud. However, there has been no evidence that these are a family of prominent donors nor do they appear on the Arab rich list as owning over US$2 billion.

So, please step forward the mysterious  and alleged billion dollar donor, unless of course one accepts the inevitable conclusion that we are dealing with a fake sheikh with sparse identification, drummed up to explain a series of astonishing payments into the Prime Minister of Malaysia’s private bank accounts?