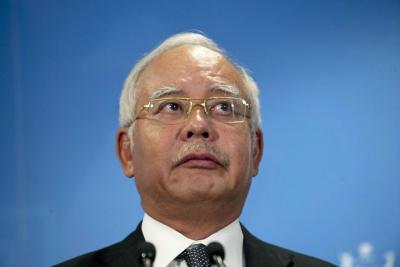 Senior Malaysian officials were left defending their leaders against a host of critics at the second day of the Anti-Corruption Conference in Kuala Lumpur today.

It followed yesterday’s powerful speech by Transparency International’s Chief Executive Jose Ugaz, who stated that Malaysia was facing a “corruption crisis” and that Prime Minister Najib Razak should answer questions linked to 1MDB.

Today both Najib Razak and Sarawak’s Former Chief Minister and current Governor Taib Mahmud were under scrutiny during one of the NGO’s liveliest ever conferences, conducted against the backdrop of the 1MDB scandal.

In a response to online news-portal Malaysiakini today, Transparency International embarrassingly confirmed that Najib Razak had been warned that he could face tough questioning from participants and this was the reason he had withdrawn from the opening session.

“We did not cancel the prime minister’s invitation. We advised that if he were to come to the conference he would be asked hard questions – i.e. the ones in the speech yesterday.” 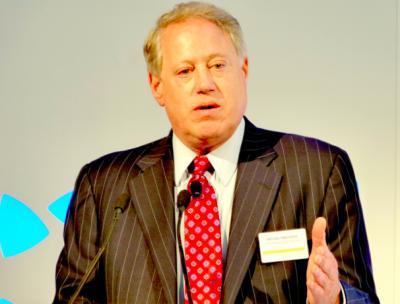 Slamming the failure to answer key questions over 1MDB and payments to Najib Razak, Transparency International’s co-founder and a former anti-corruption advisor to Najib Razak and the Malaysian Government, Michael J. Hershman stated that his Malaysian host should expect to drop places in the TI Corruption Index due to the ongoing 1MDB scandal.

Hershman argued it should be easy for the Prime Minister and former client to answer simple questions that remain unanswered.

“My advice to the prime minister would be not to cover up, not to obstruct justice because it doesn’t work. Tell the truth about where did the money come from and address the accusation. If he did something wrong, then ask for forgiveness and face the consequences. The truth will come out and in my experience the sooner it comes out the better it is for the accused and for the country.

If it [the US$681 million in Najib’s account] came from the Middle East, who did it come from? When did it come and for what purpose? These are very simple questions. There is no reason for a panel for investigations. Just tell the truth. Get it out in the public.

He has missed the opportunity to explain the truth here. I respect him and I believe in his integrity… I am still willing to believe in him but he has got to come forward and tell the truth.”

Other critics included European Law-maker Ana Maria Gomes, who said that in any other country the leader would have resigned.

Greenpeace’s International Director, Kumi Naidoo, added that the US$700 million donation was “highly suspicious and highly irregular”, and noted that authorities would have sprung into action if it involved an ordinary citizen.

Whilst Amnesty International’s Secretary General, Shalil Shetty, called for the Malaysian Government to show more “transparency” and to end the “curb on freedom of expression” in the country.

No escape either for Taib Mahmud! 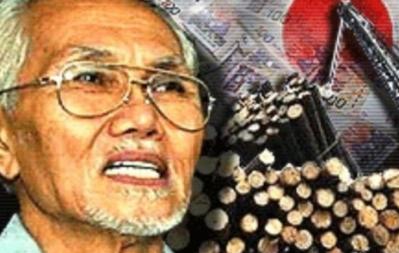 Sarawak Report has investigated and reported extensively on corruption linked to Taib Mahmud and his family.

Unlike Najib Razak, Sarawak’s Chief Minister Adenan Satem did decide to face critics, taking part as a panelist at the conference today, having recently stated that Sarawak would “fully support” the Prime Minister.

Adenan has impressed audiences with his now familiar mantra that he  wants to erase admitted past corruption and stop timber concessions – as well as allow some banned individuals back into the state.

However, it was Adenan’s defence of former Chief Minister and current Governor Abdul Taib Mahmud which raised the hackles of informed critics today.

When quizzed by Global Witness co-founder Patrick Alley if he would acknowledge that Taib and his family are the root of problems in Sarawak and if he would freeze the assets of Taib, Adenan stated that:

“You have allegations against my predecessor? For your information, he has been investigated by the MACC. We know that he has not been charged.”

To which Alley responded that:

“The main theme of this conference is ‘Ending impunity’. I would argue that Taib has enjoyed impunity. I do not think that the fact he has not been brought before a court reflects his ‘clean bill of health’. He is either corrupt or an incredibly successful businessman.”

As the Taib family-owned Sarawak Cable received yet another lucrative state contract today, we tweeted our own thoughts on the matter.

The three-day conference attended by 1,000 delegates from 130 countries ends in Kuala Lumpur tomorrow.