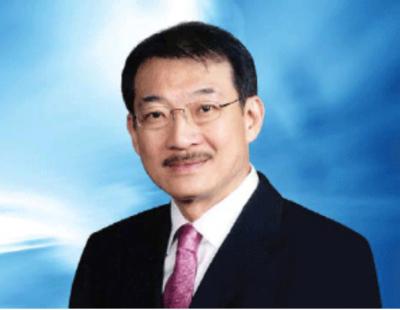 A shocking new line of enquiry has emerged, following the freezing of 1MDB related accounts by the Swiss authorities last week, Sarawak Report has learned.

We are reliably informed that one of several individuals whose accounts have been frozen is Larry Low Hock Peng, the father of the billionaire youth tycoon, Jho Low.

The sums involved were described by the Swiss Attorney General office as ‘several tens of millions’ of dollars in its official statement. However, we have been told they in fact total hundreds of millions.

Larry Low has long been regarded as a key lynch pin behind his twenty something son’s stellar rise, thanks to Jho’s close connections with school pal Riza Aziz, who brought him into the Najib/Rosmah household from an early age. 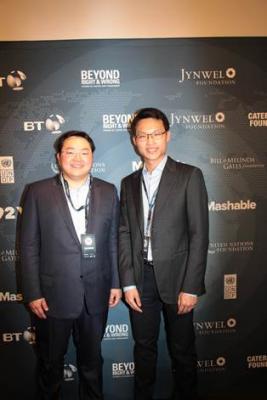 Larry’s other son Szen Low is also heavily connected with his brother’s business in his role as Group Managing Director of the family firm Jynwel Capital.

Investigators believe that Larry Low formed part of the trail for money originally siphoned out of 1MDB in its first joint venture deal with PetroSaudi back in 2009.

US$700 million was removed from the initial US$1 billion investment by 1MDB, under the guise that it was a repayment of a loan by PetroSaudi to its joint venture subsidiary.

That money first went to the company Good Star Limited and was paid into an account opened on the day after the deal at RBS Coutts bank in Zurich.

This produces a total sum of US$1.29 billion that initially came into the Coutts Zurich Good Star bank account. 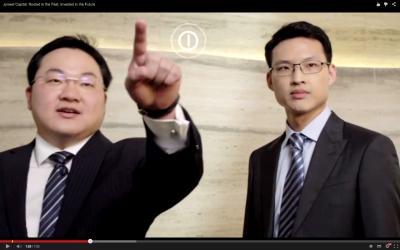 The brothers are joint stars in glitzy corporate videos for Jynwel

1MDB and PetroSaudi have subsequently attempted to allege that Good Star was owned by PetroSaudi.

However, Sarawak Report has strong evidence that the real controller was Jho Low himself.

Likewise, although Low has always denied he had anything to do with 1MDB or its PetroSaudi joint venture, extensive documents in our possession prove that he was the mastermind behind the joint venture between the two companies.

The Singapore branch of BSI bank has informed the authorities (see above) that US$530 million (US$ 528,956,027.05) passed from the Good Star Coutts Zurich account into Jho Low’s own accounts at the bank in a series of payments after the PetroSaudi deals.

Yet, whilst this evidence proves that Low, 1MDB and PetroSaudi were lying when they claimed that Jho Low had no involvement or interest in the joint venture or Good Star, it only accounts for some of the money.

Sarawak Report has now learnt that much of the balance of the US$1.29 billion haul from 1MDB passed into accounts controlled by Jho’s dad Larry Low in Switzerland.

That balance amounts to some US$760 million.

The 700 million dollar question facing investigators, therefore. is whether Low senior was acting as an intermediary for a third party recipient of the money?

If so, what was the final destination for the lion’s share of the money that was removed from 1MDB in a manoeuvre that has triggered years of lies and cover-up by the company and by its single signatory and shareholder, the Finance Minister himself?

It has been widely noted in the business press that Larry Low himself has transformed his reputation in recent years from being known as a reasonably successful businessman, able to promote his sons into advantageous western educations, into a multi-billion dollar player in his own right.

Jho Low had in earlier articles tended to refer to himself and his family as relatively modest compared to the high-rollers he was acting as ‘concierge’ to as part of his business dealings with them.

“I come from a fairly okay family but nowhere as close to the prominence and wealth levels of the people that I usually spend time with who also are my very good friends. So generally, I am usually the concierge service that arranges everything, and thus my name is all over the place.” [Star online]

These days however the family tend to describe themselves as third generation billionaires, indicating that Larry’s Dad had already made a fortune in mining before they settled in Penang and that Larry too has been turning a second fortune in order to propel Jho into his record breaking spending around the world’s hotspots.

“In his younger years, before his cancer scare, Jho Low made headlines as a billionaire party boy. The tabloids gleefully reported on his love of Cristal, bar tabs in the tens of thousands of dollars and wild nights on the town with the likes of Paris Hilton, Kim Kardashian and Usher.

Nowadays the 33-year-old Low, youngest member of the third generation of one of Malaysia’s wealthiest families and head of the family’s investment firm, is making news for a completely different reason: his philanthropic donations.” [Washington Post]

“Like his image. The party animal moniker will probably stick with Low, now 33, thanks to a night spent clubbing with Paris Hilton in Saint-Tropez in 2010. … That year Low and his brother, Szen, set up Hong Kong-registered Jynwel Capital, an advisory firm for the family’s investments. There clearly is a lot of money to invest. Their grandfather Low Meng Tak was born in China, immigrated to Malaysia and then made a fortune mining iron ore and operating liquor distilleries in Thailand. He later added rubber, cocoa and palm oil plantations in Malaysia. He also married into a Thai business fortune. Their dad, Low Hock Peng, or Larry Low, expanded the family’s Asian property holdings to New Zealand, the U.S. and the U.K” [Forbes March 2015]

This narrative of long-standing great family wealth has tended to surprise contacts in Penang, who had no inkling till very recently that the Larry Low family was amongst Malaysia’s richest families.

“My Dad knew Larry’s father and we have known Larry too. They were millionaires, ringgit millionaires, but by no means dollar billionaires in the category of one of the richest families in Malaysia.”

For those people who go back with the Lows this sudden story of long-term super-wealth simply is not the case.  To them this re-writing of the family history is an attempt to disguise a sudden rise to super-riches linked to the now frozen bank accounts connected to the 1MDB investigation in Switzerland.