Millions In Cash Go Into Rosmah's Account - How Come? EXCLUSIVE! 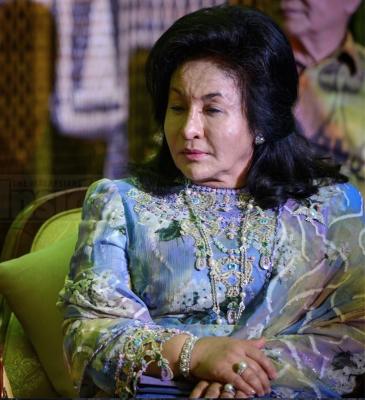 Shopping therapy – how does Malaysia’s ‘First Housewife’ manage to get such enormous cash injections into her accounts?

Sarawak Report has been passed information relating to an account at Affin Bank Berhad owned by the Prime Minister’s wife Rosmah Mansor.

Baffling amounts of cash were deposited into it during the course of just two months at the start of this year.

According to documentation connected to the 1MDB related enquiries, between 10th February and 23rd April 2015 a gentleman called Roslan Bin Sohari entered the central branch of the bank in Kuala Lumpur on eight occasions.

Sarawak Report has a copy of these transactions and has been informed that Roslan came into the bank with the cash in the form of notes contained in a bag.

According to the record (below) the deposits into the account were made by the account owner’s ‘personal assistant’. 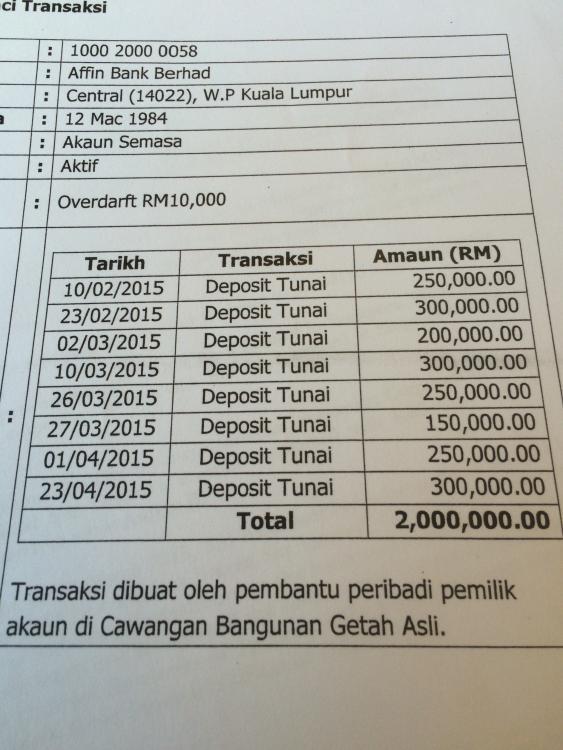 As anyone who has deposited large sums of cash is well aware, such enormous transactions are immediately treated as suspicious.  They automatically flag up on the banking system and trigger an enquiry.

The question is why did this not appear to immediately happen in this case, until the 1MDB investigation took place?

Could the answer be that the owner of the account was considered too powerful to be touched?  That individual, according to the investigation papers acquired by Sarawak Report, is indeed Rosmah Mansor: 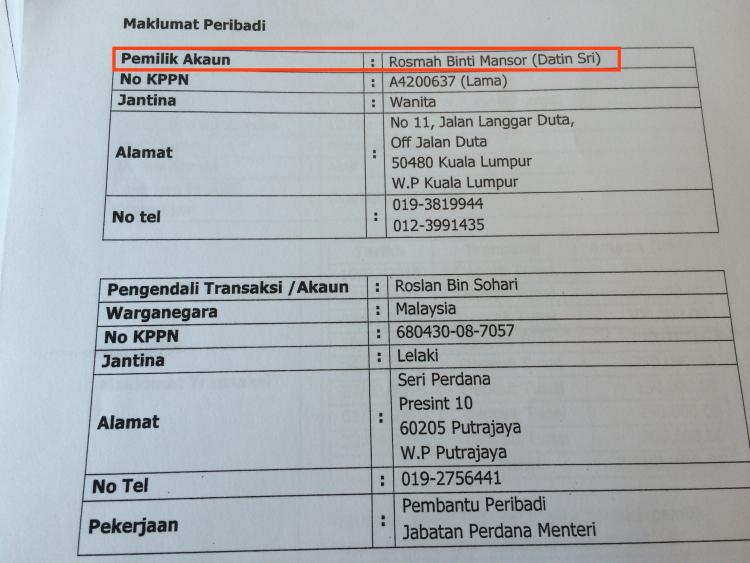 Sarawak Report can confirm that this particular bank account has now been placed under investigation, because it can be related to enquiries about the possible misappropriation of money linked to 1MDB.

One of the key Board Members at Affin Bank is none other than Lodin Wok Kamaruddin, who is the Chairman of 1MDB.

As originally reported by Sarawak Report, investigators have already discovered that money from the former 1MDB subsidiary company SRC went into bank accounts in the name of the Prime Minister himself, via the companies Gandingan Mentari Sdn Bhd and Ihsan Perdana Sdn Bhd.

The account for Ihsan Perdana Sdn Bhd is also at Affin Bank: 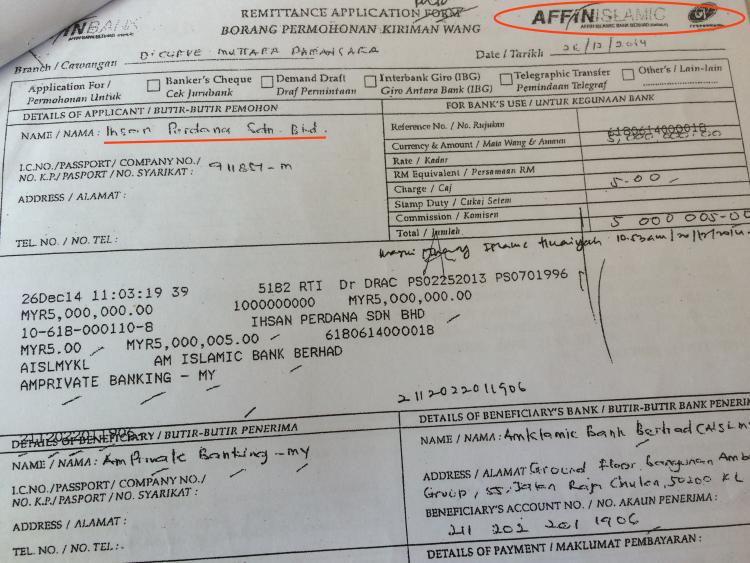 Transfer documents – one of the transfers of money that had arrived from Gandingan Mentari into Ihsan Perdana at Affin Bank, before transferring on to the PM’s named account at AmBank

SRC itself was raided by investigators last week at its offices in the Menara BRDB building in the Bangsar Shopping Centre.

Sarawak Report understands that the Rosmah linked cash payments came to light during the course of these investigations, but that this account may just be the tip of the iceberg when it comes to other previously undisclosed accounts belonging to Malaysia’s first lady, who has become a world famous shopper in recent years.