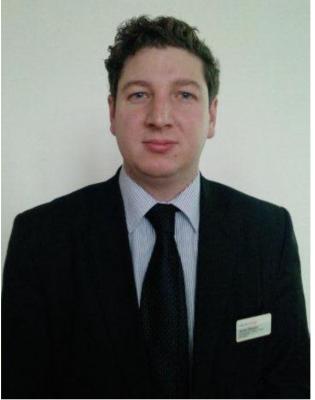 The video ‘confession’ maker Lester Melanyi could easily have been identified as a fraudster from the very start, by employing just the simplest of checks, as Sarawak Report’s own research into his online ‘testimony’ makes clear.

It begs the question why BN’s so-called strategic communications chief, Abdul Rahman Dahlan, has in a single stroke brought ridicule and disgrace on his own government, by championing Lester as an excuse to block the Sarawak Report website?

Over the past few days Lester has admitted to having been paid, while offering a string of convoluted allegations in a series of video interviews made for a pro-UMNO ‘NGO’ named Pertubuhan Minda dan Sosial Prihatin Malaysia.

Rahman leapt at the unsubstantiated material and proceeded to hold press conferences in order to denounce Sarawak Report, which has over several months produced closely researched and documented articles relating to the disappearance of billions of ringgit from the development fund 1MDB. 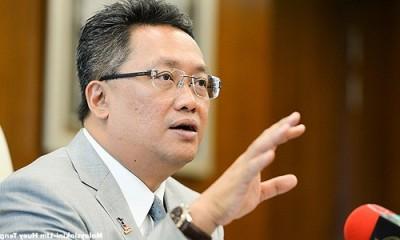 Even after members of his own party warned that Melanyi was well known to be a deeply unreliable and dishonest character in Kuching, Rahman lashed back that critics should not “shoot the messenger”.

Instead Rahman selectively chose to shoot down Sarawak Report, by banning this site on the judgement that Lester’s allegations had “proved” it to be publishing “blatant lies”.

Thus protected by the Government Minister himself, who is willing to ban some media messengers while promoting others, Melanyi proceeded today to come out with further video ‘evidence’, much of which contradicted his previous testimony.

In particular, Lester told his interviewer about an alleged master forger and online expert, which he claimed Sarawak Report had used to concoct the multiple sourced documents relating to our exposures of malfeasance at 1MDB.

90% of all our material was forged Melanyi claimed:

“The web designer in London is very good in doing it. If you ask him to create money, he can create money for you and it may look genuine,” he added in the video [Malaysiakini]

In the video Lester gave the name of this fictitious forger. He is called  James Steward Stephen raved Melanyi, which is in fact the real name of the former Hollywood Star James Stewart. 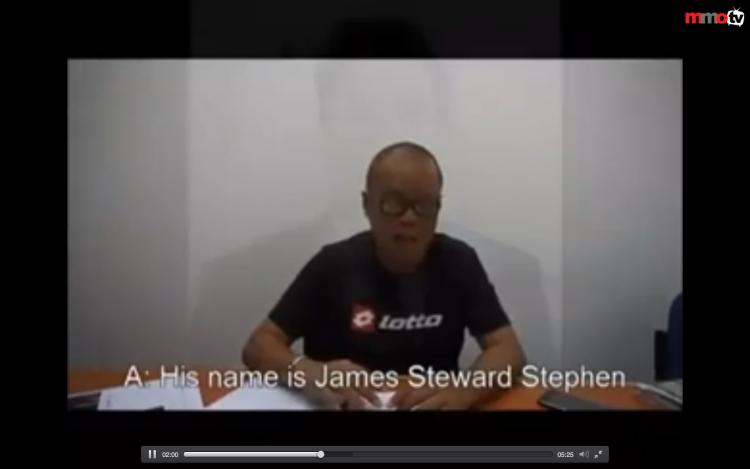 The video then treated viewers to an alleged picture of the master criminal, who was accused by Lester of assisting Sarawak Report in producing forged documents to discredit 1MDB and the Prime Minister of Malaysia.

These accusations were carried by Malaysian Mail online and numerous other media outlets, including the face of the gentleman below in a number of cases. 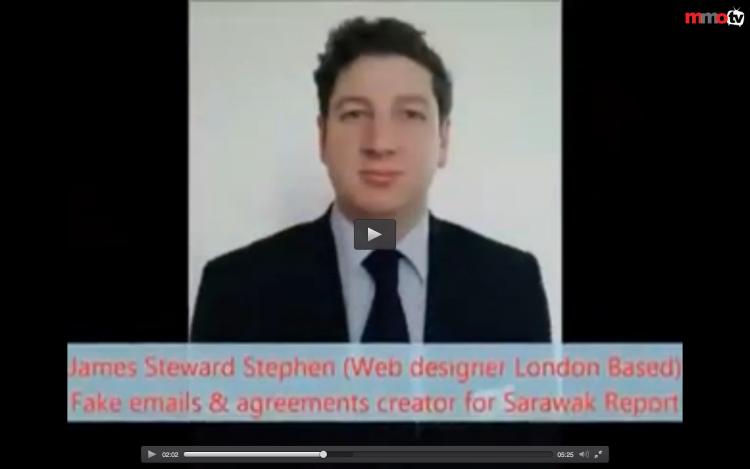 Alleged face of the master crook!

Unfortunately, as any online check makes clear this is the face of another Englishman, one James Steward (no Stephen), who works as a senior station manager for the bus company Abellio, based in Norwich.

The picture had been lifted from a website where he had been featured for giving a local talk on his actual professional speciality, which happens to be bus transport routes in the East of England. 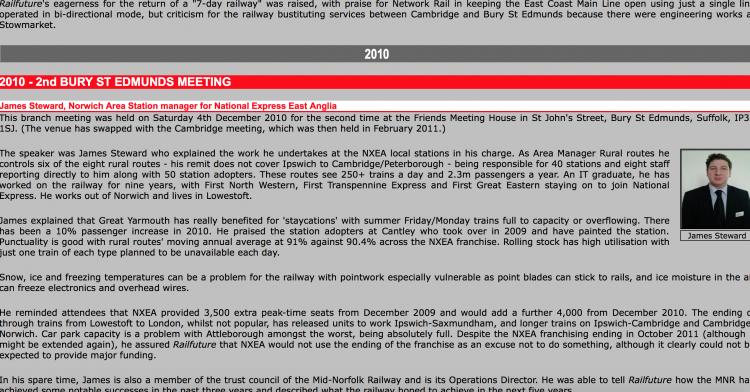 Manager for National Express Busses – at least it can be said he graduated in IT!

Mr Steward and his press team at Abellio were unamused when Sarawak Report contacted them earlier this afternoon to enquire about Mr Melanyi’s allegations:

Under the circumstances we suggest that Lester Melanyi and UMNO issue a very hasty apology indeed to Mr Steward for accusing him of being a master forger.  We suggest they repair their mistake.

And then perhaps Mr Melanyi could explain his lie? 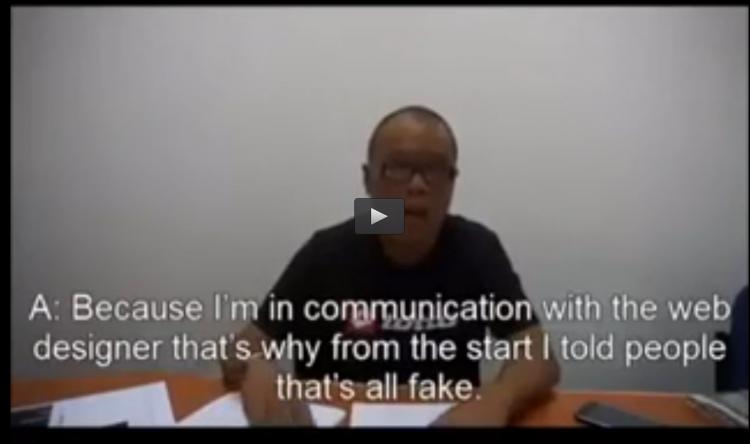 The only fake is Lester!

Another ridiculous and easily disproved claim by the somewhat tragi-comedic figure of Mr Melanyi was that Sarawak Report has been sending him “advance copies” of our articles for him to re-write before publication. 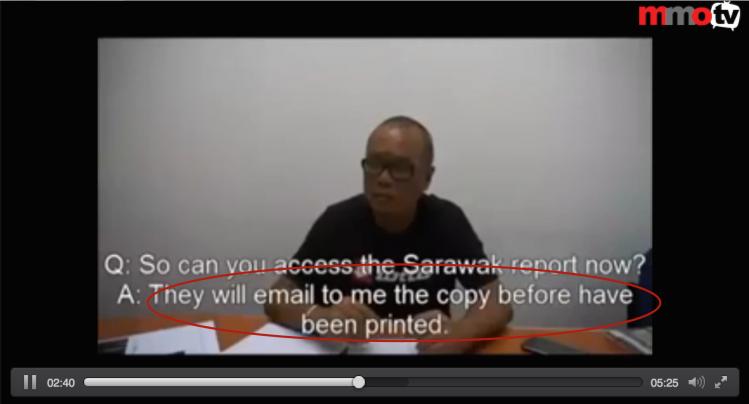 Jobless Lester had claimed he was a highly paid insider at Sarawak Report who got advance copies of stories..

To illustrate this boast Lester’s video duly flashed up screen shots of our regular newsletter bulletins, which are sent to over 7,000 subscribers to our site, who have signed up to be notified whenever we post a new story.

That means that over 7,000 people can testify directly that Lester is talking nonsense: 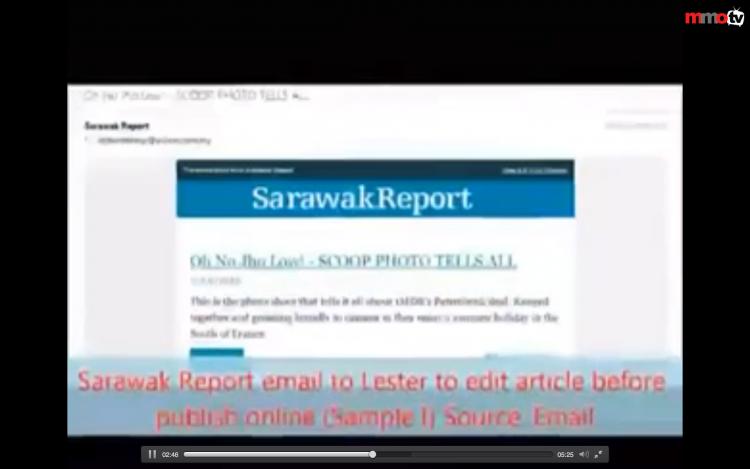 Lester produced as ‘evidence’ the normal newsletter he received, because like 7,000 other people he had signed up.

Sarawak Report therefore asks how those interviewing Lester could have allowed themselves to publish such a stunning and libellous video, courting national and international publicity, without having made some basic checks first?

And how could a minister in the government have proved himself so incompetent not only to unquestioningly put his own and his party’s credibility on the line over such material, without checking, but to also refuse to listen to warnings even from his own senior party members that Lester was a man without credibility?

Little wonder then that these videos, which have been touted around Malaysia over the past few days are now sparking law suits. 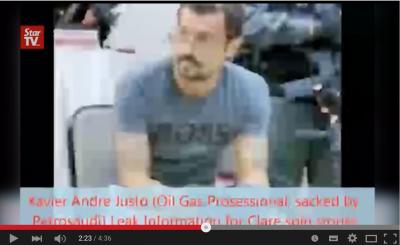 Melanyi had raved, amongst other things, that opposition MPs had been involved in a so-called conspiracy to defame the Prime Minister and had met and communicated with him as part of the plotting.

Names he threw into the pot included DAP spokesman Tony Pua, who had never before heard of this sad fantasist from Kuching and has notified he will be instituting libel action.

Melanyi is now also saying in his latest videos that he has met several times with Mr Xavier Justo, currently in jail in Thailand, and the subject of a separate defamation campaign being orchestrated by UMNO loyalists of the Prime Minister.

For reasons only he can divine, Lester goes off script over Justo and describes him as a “nice guy” who could not possibly have tampered with anything.

“.. that he tampered the emails is definitely not true!” said Lester: 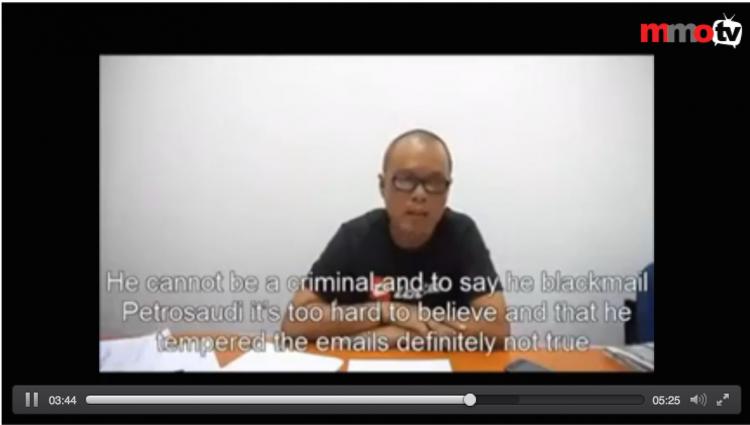 Since UMNO are so believing of Lester, then they should lobby for Justo to be set free from Thailand not for him to be held in jail!

The alleged “tampering” was all the job of the non-existent forger James Steward Stephen at Sarawak Report’s behest, Lester elaborated.

In which case, could the Malaysian minister, who is so believing of everything Lester says, act  to get the innocent Mr Justo out of the Bangkok jail, where he has languished for over a month without charges, mainly because the Malaysian government has been determined to accuse him of “tampering” documents that are damaging to the Prime Minister?

The promoters of Lester’s videos seem equally unperturbed that his story keeps changing as the lies are pointed out.

Two days ago Melanyi was claiming he had been in London from 2012 right up until 2014 working for $6000 a month of Sarawak Report!

But, we pointed out that he had been sent back home in early 2011 after a short stint on Radio Free Sarawak.

And, since the rest of Kuching has also started to testify that Lester has been scrounging around town borrowing money, getting bankrupt and generally making a nuisance of himself for at least the past three years, he has changed his tale.

In this latest video Lester was claiming he had even met Xavier Justo back in London “two or three years ago” when he was there.  This is a nearer approximation of the truth,… 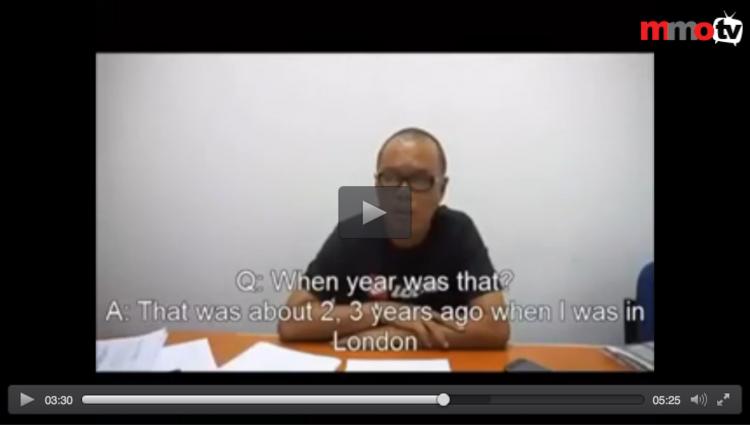 In fact it was four years ago Lester

Except, here is no reason whatsoever to believe that Lester has met Justo any more than he has met Tony Pua.

Sticking up for Riza Aziz

It seems that part of the favour that Lester was being asked to perform in this attempt to defame everyone who has revealed awkward matters relating to 1MDB was to rescue the reputation of the PM’s son Riza Azia.

Out of huge numbers of articles written by Sarawak Report on 1MDB Melanyi selected one to say that he could specifically inform viewers it was false.

This was the article we wrote revealing Riza Aziz’s home in Beverley Hills, which had been passed on to him by the controversial 1MDB connected businessman, Jho Low.

He didn’t know the house, Lester slurred, but he could say the story was untrue. 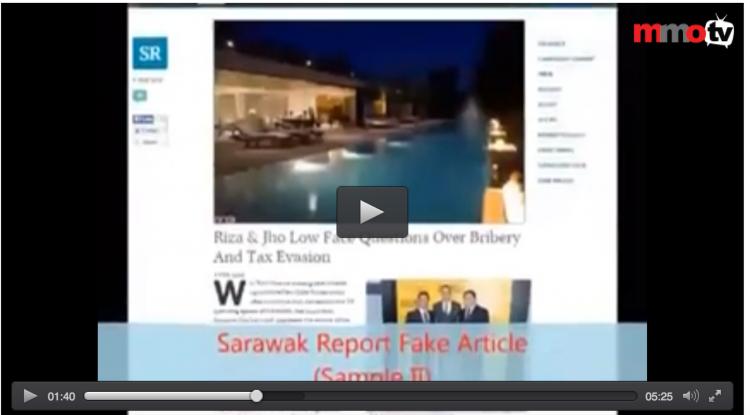 “fake article” about the house of Riza Aziz, which Sarawak Report visited in Hollywood

Unfortunately for Lester and his backers this means that they are also accusing the New York Times of lying about the story.

Because, the New York Times have confirmed that the property belongs to Aziz and that it originally belonged to Jho Low.

In his next video, therefore, Lester will have to remember to add the NYT to the growing list of conspirators and forgers being alleged as part of this plot to tell ‘lies’ about the missing billions that are documented as having disappeared from 1MDB.

Sad characters should not be exploited

Sarawak Report has already made plain that UMNO’s PR people have not only blundered, but behaved disgracefully in continuing to parade Lester Melanyi in this fashion.

Anyone who views the videos can see that Lester is ill, not just in body but in mind.

He is known locally to be unable to to earn a living, having disappointed all his would be employers over the years.

Lester is bankrupt, desperate for money, in debt to all who know him and is a very well known liar. It is all very sad.

UMNO have disgraced themselves by depending on his testimony and for axing our professionally run news website, which is dedicated to investigative reporting in Malaysia on his words alone.

It is disgraceful to parade a sick and desperate man for propaganda purposes, when his evidence is so shabby and so easily disproved.

With champions like Mr Rahman, Lester Melanyi and ‘RPK’,the prime minister Najib cneed not look for enemies to his cause.