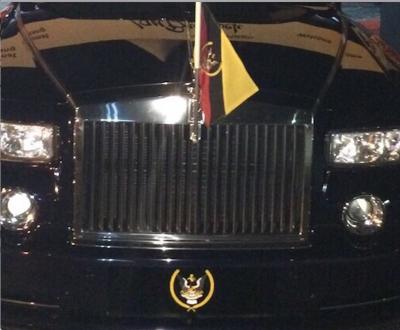 It was purchased late last year for the use of Sarawak’s new Governor, when he is in town.

There is not much evidence that Taib Mahmud has much use for it, but clearly only one of the world’s most expensive brand new vehicles could match the dignity of Sarawak’s new ‘head of state’ when he visits the capital.

And of course the public should pay for one for his own personal use only.

This Rolls Royce Phantom Saloon, part of their Series II Ghost range launched in 2012, is sold in the UK for at least £365,000, which is around RM2 million.

However, the importation of foreign cars is notoriously highly taxed, as everyone knows, which has bumped the cost of this already fantastically expensive vehicle considerably higher.

Second hand Phantoms in KL  (according to SR’s exhaustive research) appear to leap off the shelves for well over three and a half million ringgit.  And Taib does not buy second hand. 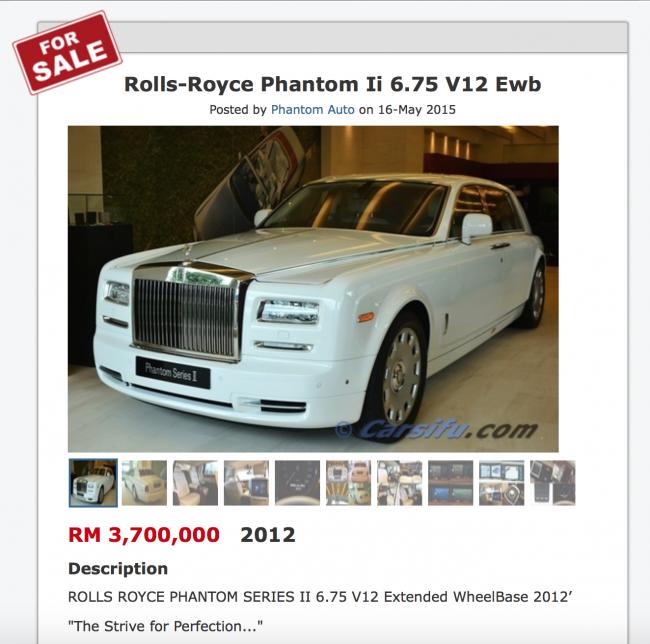 The Ghost car range is promoted under a telling message, designed to appeal to its most likely buyers:

“To drive Ghost is to command. Uncompromising, never ordinary, every detail is precisely engineered to give complete control of the road. But power is nothing without intelligence”

This is how Rolls Royce flatter their clients – and it clearly worked on Taib.

The car is awash with ‘bespoke’ options for choice interiors and its purchase is a clear indication of the Sarawak Government’s priorities at a time when NCR landowners are receiving almost zero ‘dividends’ from the funds they were forced to invest in when their land was requisitioned by the state. 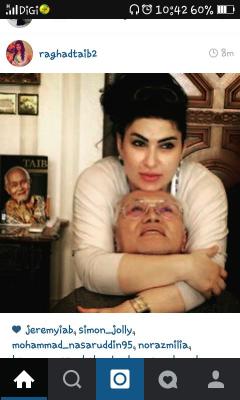 Things that matter – book on oneself positioned in the background…

And anyone who has witnessed the hardships of the rural poor or read recent reports on the conditions of local schools will also be tempted to consider what a difference RM3,700,000 million plus might have made to numerous future lives.

This especially at a time when GST has hit the pocket of each and every citizen, particularly the extreme poor.

Might not it have been even more ‘intelligent’ of Taib to have been seen hopping on a bus or using the LRT in such sorry times?

After all, he is evidently sprightly according to his youthful wife.

The car is kept, according to our sources, at the Yayasan Sarawak branch in KL at Jalan Duta and the foundation also takes responsibility for looking after the car.

It’s a nice gesture of the present Chief Minister, who has been the Chairman of Yayasan since 1999, towards his de facto boss of many years.

On the other hand, since Taib has so many Rolls Royce’s already, perhaps in these straightened economic times Adenan ‘The Reformer’ ought to have told him to use one of those instead?

Poor folk were reported lining up this weekend to describe GST tax as a ‘punishment’ to  them from God’.

They should wake up.  It is a punishment for voting BN, who prefer to spend money on such things rather than the people they are duty bound to serve.