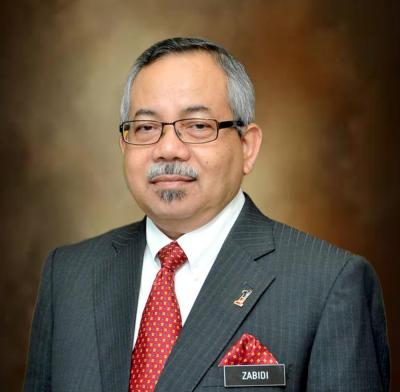 Sarawak Report has been leaked devastating evidence of the parlous state of the government’s finances.

A directive has been sent out to the Civil Service Human Resources Departments informing them that they must immediately cease any more hiring of personnel.

The implications of such a blanket order are of course far reaching and it will affect the prospects and careers of thousands of government servants and of young job seekers.

“See how we are being squeezed” was the comment of one civil servant, wishing not to be named.

The emergency move has not been made public by the government, which is facing the impact of a vast debt burden caused by such debacles as the failing One Malaysia Development Fund, now RM42 billion in debt.

However, Sarawak Report has been passed a copy of the directive (below) entitled Optimum Use of Human Resources Initiative and sent out to all departments by the Director General of Public Service Mohamad Zabidi Zainal: 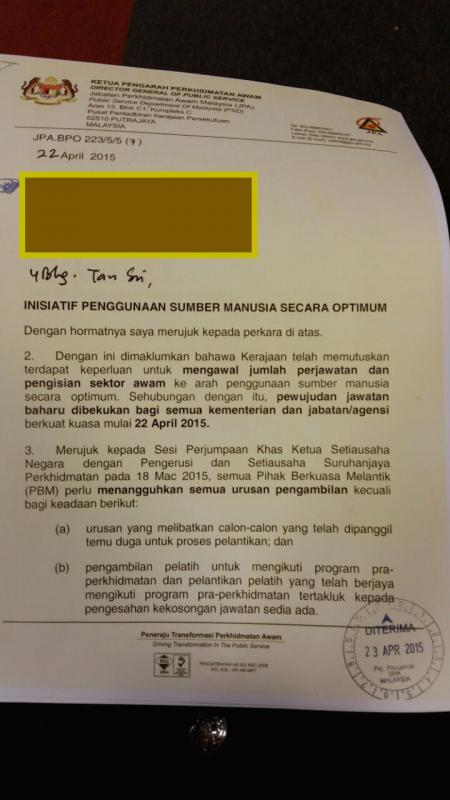 The document has been widely circulated amongst service insiders over the past days amid growing concerns also about the potential implications for the effectiveness of government services.

This appears to be a blanket and non-discretionary order across all departments, so Sarawak Report suggests that the government should be transparent about the measure and explain to what extent critical services and appointments might be affected? 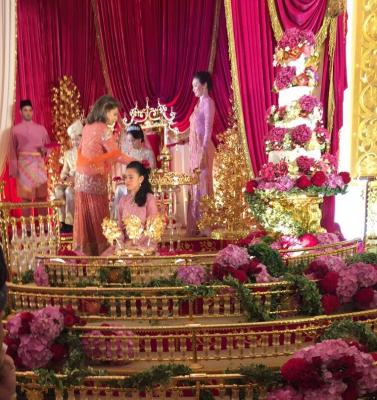 The floral arrangements are said to have cost millions of ringgit…

Crucially, does the list of exemptions include the replacement of key personnel or are belts being pulled so tight that departments are being expected to somehow make do when team leaders or professional experts depart in the natural course of retirement and other circumstances?

This measure was passed in a week when it became plain that huge losses have been incurred by the government ‘development fund’ 1MDB, and that money has been siphoned out into the accounts of private individuals such as Jho Low and to bail out politically connected concerns such as the Taib family’s UBG bank.

It was also the week when news of the PM’s outrageously extravagant celebrations for his daughter’s wedding became widespread.

Demonstrators also hit the streets yesterday, May 1st, to protest against these matters and the imposition of the new GST tax, which will hit the poorest in Malaysia.

This is not the only development to put civil servants under pressure say insiders from the service. 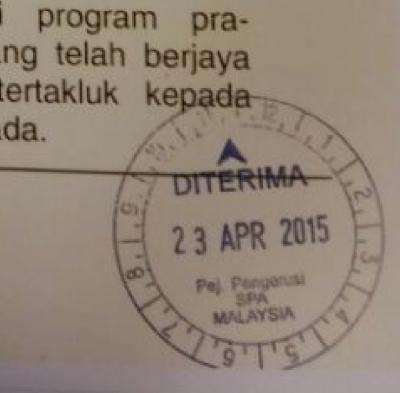 Sarawak Report has been told that those in posts involving sensitive information are now being forced to repeatedly sign the Official Secrets Act, not once but every year and with an additional clause, which extends the period of secrecy after retirement.

What is there that is so important to hide and does it include this new information that the government is not hiring any new personnel?

If so, what more significant sign that the government is seeking to conceal a financial crisis at a time when the population at large is responding in fury to new taxes and evidence of profligacy by the country’s leadership?