Musa 'Heading For The Rocks' 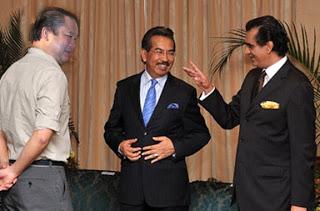 Forestry Chief Sam Mannan was reportedly hauled in last week by the Sabah Chief Minister, Musa Aman, to explain how the family of his long-term secretary had come into the possession of a major timber concession, as exposed by Sarawak Report.

The concession, controlled by the company Rinukut, is located in one of the highly controversial ‘mosaic’ plantations, which Mannan has opened up within once protected forest areas.

Rinukut’s shareholders are Mannan’s secretary’s brother and wife, along with the businessman Kelvin Tan.

“Musa is furious, because he did not give permission for this” an insider has told Sarawak Report, “Mannan is in deep trouble”.

However, the there is plenty of evidence to show that Mannan’s boss, Musa himself, is equally feeling the heat at the moment, given the mounds of dodgy timber concessions and tens of millions in kickbacks that clearly go back to himself. 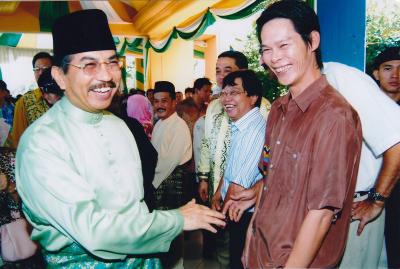 Musa’s claim he had ‘no business dealings’ with Michael Chia have been shot through, not least by evidence that Musa’s sons were getting money straight from Chia’s bank accounts

A large dossier of evidence drawn up by the MACC, which related to Musa’s multi-million dollar dealings with the front man Michael Chia, has only failed to come to court because the Attorney General, who happens to be Musa’s family member, refused to take action.

Chia himself has been sentenced to jail and a lashing on a related case, which he is appealing against.

Sarawak Report has documented a great deal of this evidence against Musa, including the fact that Chia-controlled HSBC and UBS bank accounts in Singapore, which were receiving millions from Sabah businessmen as payments for “logging concessions”, were at the same time making regular payments to the Chief Minister’s sons in Australia and the person looking after them.

Before the last election BN’s federal leaders got Musa Aman off the hook on this matter by declaring that these vast sums, which it could not be denied had been embezzled, were not for his private use, but for party political expenses.

BN have been arguing on this basis that the theft was legitimate!

The party’s control of the legal system has enabled this preposterous excuse to so far rest unchallenged, even though it is clear that even this is untrue, given Musa’s family’s personal use of the accounts in question.

But, although he remains uncharged, Musa is clearly damaged goods and the Federal authorities and his local colleagues are aware of the fact.

Musa ‘promised to go’, but he has been clinging on 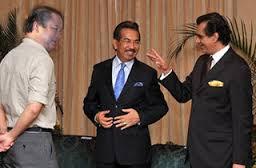 Inappropriate management – both Musa and Mannan have posed as forest defenders, but their decades of control have been disastrous for the region

Political insiders have told Sarawak Report that Najib Razak told both the Sabah and Sarawak Chief Ministers they had to leave their posts at the same time last year, when the three leaders linked together at the opening of the Brunei bridge in December 2013.

Both men have been fully exposed for their outrageous kleptocracy and were making it hard for BN to maintain credibility, despite their ability to deliver seats through East Malaysia’s rotten rural constituencies.

It is a matter of record that Taib has now succumbed to that pressure, having managed to parachute into the Governor’s chair and place his close political ally Adenan Satem in situ this time last year.

Musa, however, has been clinging on for as long as he can.  But now, many believe his days are numbered in weeks rather than months, because support has been evaporating at local party level and he has lost the confidence of his federal party VPs.

“Only 4 out of 21 BN divisions in Sabah still back him [Musa]” one well-connected contact within Sabah BN has told Sarawak Report. “And 40 out of 60 Adun in Sabah do not support him.  Federally, he has lost the support of the party Vice Presidents and also the party Secretary General, Tengku Adnan. He is heading for the rocks”.

He bought a Rolls Royce in anticipation, but didn’t get the job! 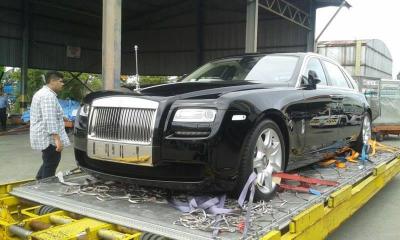 Delivered November 2014 for the Governor, who unexpectedly stayed on for another term after 31st December.

One problem for Musa is that he has failed to mirror Taib’s crawl upstairs into the post of Governor, an office which has been wrongly touted as providing immunity for crooks.

The incumbent Sabah Yang di-Pertua Negeri, Juhar bin Mahiruddin, was due to end his term of office on 31st December and it was reportedly hoped by Musa that he could get Federal BN to give him the position of Head of State.

The Chief Minister even went so far as to order a brand new Rolls Royce for the Governor, in anticipation of inheriting it as he stepped into the role!

However, 31st of December came and went, because the Governor has been reinstated into a further term of office, leaving Musa with no Rolls Royce and nowhere much to go either as his enemies circle with increasing impatience.

Meanwhile, the perks and benefits surrounding Sam Mannan’s secretary in the Forestry Department are receiving ever more scrutiny.

Colleagues have complained about the almost total power the woman appears to wield in this public department, thanks to the influence she had over her boss with whom she is known to have had an unusually close relationship for many years.

In particular, Mag has been able to find jobs for large numbers of her immediate and wider family in the Department, which has further strengthened her unhealthy control – she has already had a mountain and a garden named after herself, as well as obtaining a valuable timber concession for her family from the state.

Relatives whose names pepper the Forest Department Directory of Staff include Daphne Robert, her daughter; her sister’s son Herdarius Gaidim; two relatives from her home town of Tabunam, nephew Berstein Hilarius and niece Jannet Hilarius – all four of whom are working in the Sustainable Forest Management Department.

Mag’s daughter Daphne is friends with her brother Bedi and has a job in the Forestry Department… like most of her family. 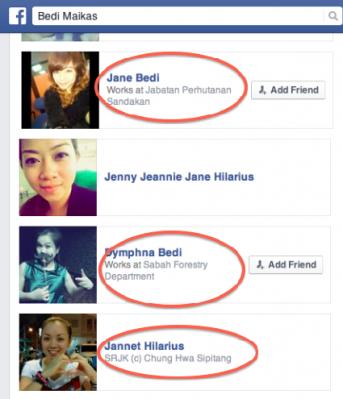 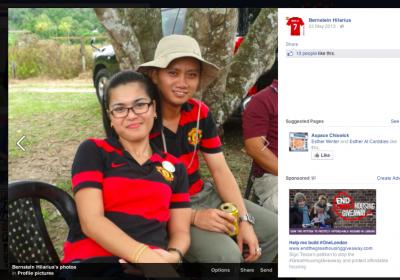 Mag’s nephew and wife both have jobs in the Department.

Meanwhile, in the Finance & Budget Department are her brother’s daughter (he of the timber concession) Dymphna Bedi and another family member Marcella Philip Tutus.

Over in the Department of Economy, Industry & Statistics is Melcesza Soo, another relative. And her brother’s other daughter Jane Bedi is working in the Sandakan District Office. 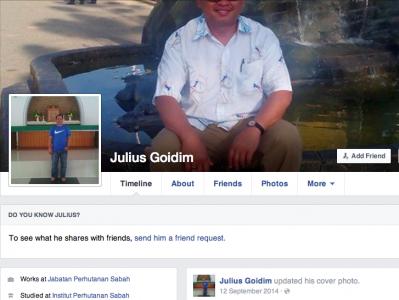 Another of Mag’s nephews working in the department is Julius Goidim.

In the Sook District Forestry Office it is her sister’s son who has a job, one Julius Goidim. 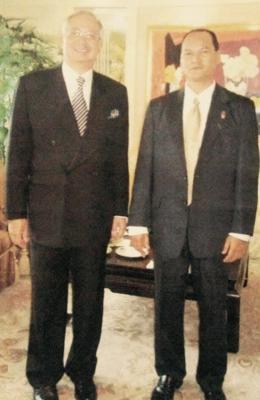 Fishy goings on right to the very top in Malaysia – Najib with his bodyguard Sirul, who murdered the woman who was claiming to have been his boss’s mistress. Why did Najib interfere so much in the trial?

Musa Aman and his colleagues can hardly complain about such nepotism and corruption – it is the style of government which they have employed themselves and their underlings are just following the appalling example they see before them.

He should not expect them only to be corrupted when they have gained his permission to be.

After all his own bosses are the people themselves, from whom he never asked permission either and all are now whispering that it is not a question of if he will go, but when?

One thing only may delay this imminent fate.  Musa’s own political boss is now himself hanging by a thread of his own making.

If Najib is destroyed by his own malpractices over 1MDB and the Altantuya murder trial then Musa may carry on for longer than he might otherwise have had reason to hope!