How The Proposed New Sarawak Constituencies Violate The Constitution 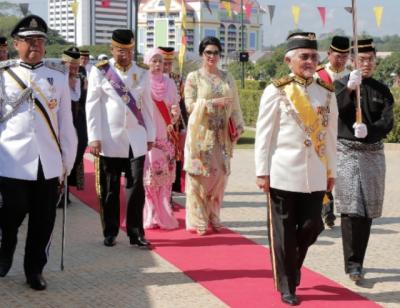 Sarawak is already suffering from constituency inflation.  Its population of 2.4million now has 71 State Assemblymen, on top of its separate tally of 31 parliamentary seats, providing a heavy financial burden on the state.

These local representatives saw their salaries increased threefold after the last election to around RM20,000 each per month, even though they are only allowed sit for a laughable 16 days a year – two sessions of just 8 days.

Despite the fact that these ‘representatives’ rarely ever get the chance to represent, the Election Commission has just announced the creation of  yet 11 more seats in its latest proposed amendments to the electoral map of Sarawak, which has to be one of the most suspicious documents ever put forward in a proclaimed democracy.

This proposal was secretively drawn up and has now been thrust on the public, giving people just 30 days to raise objections to matters they have had little chance to consider.

Contrast this process with the workings of the Boundary Commission in the UK for example, which undergoes an extensive process of consultation with voters and affected parties, using clearly transparent procedures before publishing its proposals.

Not only did the Sarawak election commission refuse to consult with any of the voters to whom they are legally accountable, they also ignored carefully compiled advice and suggestions put forward by organisations like Bersih and Tingat Malaysia about how the seat distribution could be improved and made more democratic.

The EC even mismanaged the announcement of the changes, breaking their own rules on notification in the process.  The requirement is for proposed changes to be made public in a widely circulated newspaper available to members of the public throughout the state at least 30 days in advance.

But, officials initially preferred to print the notice in the Taib family’s own Sarawak Tribune paper, which has limited circulation in the state.  When this was pointed out they then published the notice in the Borneo Post – but only the Sabah edition!

Why print details of boundary changes in Sarawak in the Sabah only edition of the Borneo Post?!

However, it is the seat changes themselves that are the most blatant affront to democracy, because the Election Commission has succeeded in making already existing violations of the constitution over seat distribution even worse in Sarawak, not better.

The constitution lays out clearly that there should be no deviation greater than 33% from the average with regard to the number of voters in each seat.

This is in fact a very large margin that is allowed for under the law, compared to any normal democracy. In the UK for example the rule is that mainstream seats should not differ in size by more than just 5% (with a few exceptions for outlying island populations).

And in Sarawak there is already a glaring problem, with a far greater differential than this highly generous 33% between the numbers of voters in tiny rural seats and those in heavily populated urban seats.  The rural seats are closely controlled by the BN government, whereas the urban seats are home to more independent voters, who tend to side with the opposition.

Yet, in their latest so-called reforms the EC have made this democratic deficit even more pronounced, creating even more tiny rural seats, while doing nothing to increase the number of seats in the main population areas!

How could they be more obvious about the real motivation for creating these changes, people might ask?

Under the changes the 3 smallest seats now contain just 6-7,000 voters, while the 3 largest contain above 30,000 voters, making them 5 times the size.

No surprise that the smallest seats are controlled by PBB and the largest by the opposition DAP!

As observers have pointed out only 36 of the new seats fall within the 33% variation from the mean, as required under the law, whereas 46 are outside of the legal requirement in terms of voter numbers.

What on earth did these Election Commissioners think they were up to with their so-called improvements, therefore?

Thanks to the EC it is no longer a case of one man one vote in Sarawak, because one rural voter is worth 5 urban voters.  The irony being that a rural vote can be bought for RM10, whereas an urban vote costs at least five times as much, if it can be bought at all.

The only conclusion that can sensibly be arrived at is that these ‘independent’ officials were under instructions to carve out more seats for BN loyalists in the rural areas, while keeping opposition seats to the minimum.

After all at the state election of 2011 BN won just 55% of the vote and yet secured 77% of the seats (giving them the 2/3 majority they need to keep changing the constitution to serve their purposes, despite the fact they have no where near that level of electoral support).

These latest proposals by the Election Commission will make this unfair and illegal  imbalance far worse not better!

There have of course been plenty of excuses brought forward.  The favourite one is that provision has to be made for far flung rural constituencies with sparse populations of voters, who are supposedly too difficult to reach in elections.

However, the smallest of the new seats carved out of this new electoral map is not a far flung rural seat at all.  It is the new seat of Gedong, with just 6,340 voters a mere hour long drive from Kuching. 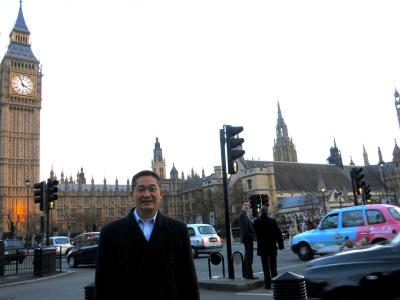 See Chee How – time to make the Sarawak Assembly more in line with democracy, not less

Gedong is regarded as being in a secure PBB area.

So, the EC has little chance of persuading anybody that this ‘delineation exercise’ is anything more than a crude and tawdry gerrymander on behalf of the ruling party.

Anyone tempted to believe that Taib’s successor as Chief Minister is genuinely the reformist he claims to be should take this as the test of his metal.

“What we should be looking at is making the elected representatives more responsible, rather than making all these new seats to satisfy the system of patronage run by BN.  This is about creating more seats to help BN maintain their power and it is in total violation of the constitution”

The ‘reformist’ Chief Minister now has his opportunity to act to rectify this affront and to prove that Sarawak is a democracy after all.